Morphological characteristics: a large and broad species ( BL = 47.0–50.0 mm) with body approximately 2.9 x longer than wide ( Figs. 10, 11View FIGURES 7 – 12, 13View FIGURES 13 – 18). Antennae: relatively long in females and very long in males, extending beyond apices by about 4–5 antennomeres in females and by about six antennomeres in the examined male. The last antennomere in the male is about 1.6 x longer than the penultimate. Thorax: pronotum is flattened and smooth, supplied medially with two raised and slightly elongated tubercles, covered with a large reddish brown patch of pubescence. The longitudinal yellowish line on pronotum is barely visible anteriorly and posteriorly of the large and reddish-brown patch. Elytra: elytral surface is whitish to yellowish, and supplied with a few scattered granules and spines. The reddish-brown patch surrounding scutellum is heart-shaped and more prolonged in the male. Epipleuron and the posterior patch laterally on each elytron is reddish-brown. An elevated and transverse ridge on the middle of elytra is pronounced. There is a scattered row along the lateral carina and on epipleuron with large granules and a few large spines ( Fig. 12View FIGURES 7 – 12). Venter: prosternal process with a large pubescent and rounded tubercle anteriorly. Mesosternum with a small, white patch laterally. Venter mottled with short brownish and yellowish pubescence.

Remarks. P. l i m a is most similar to P. trimaculatus  sp. res. but easily separated by the larger size, broad and elongated elytra with a row of granules on both lateral carina and epipleuron, reddish-brown pubescence on the three spots on elytra and the large circular spot on pronotum contrasting to the otherwise greyish pubescence covering pronotum and elytra. P. lima  is known from several islands in the Moluccas: Gorong islands (Goram), Seram Island and Buru Island ( Fig. 81View FIGURE 81). 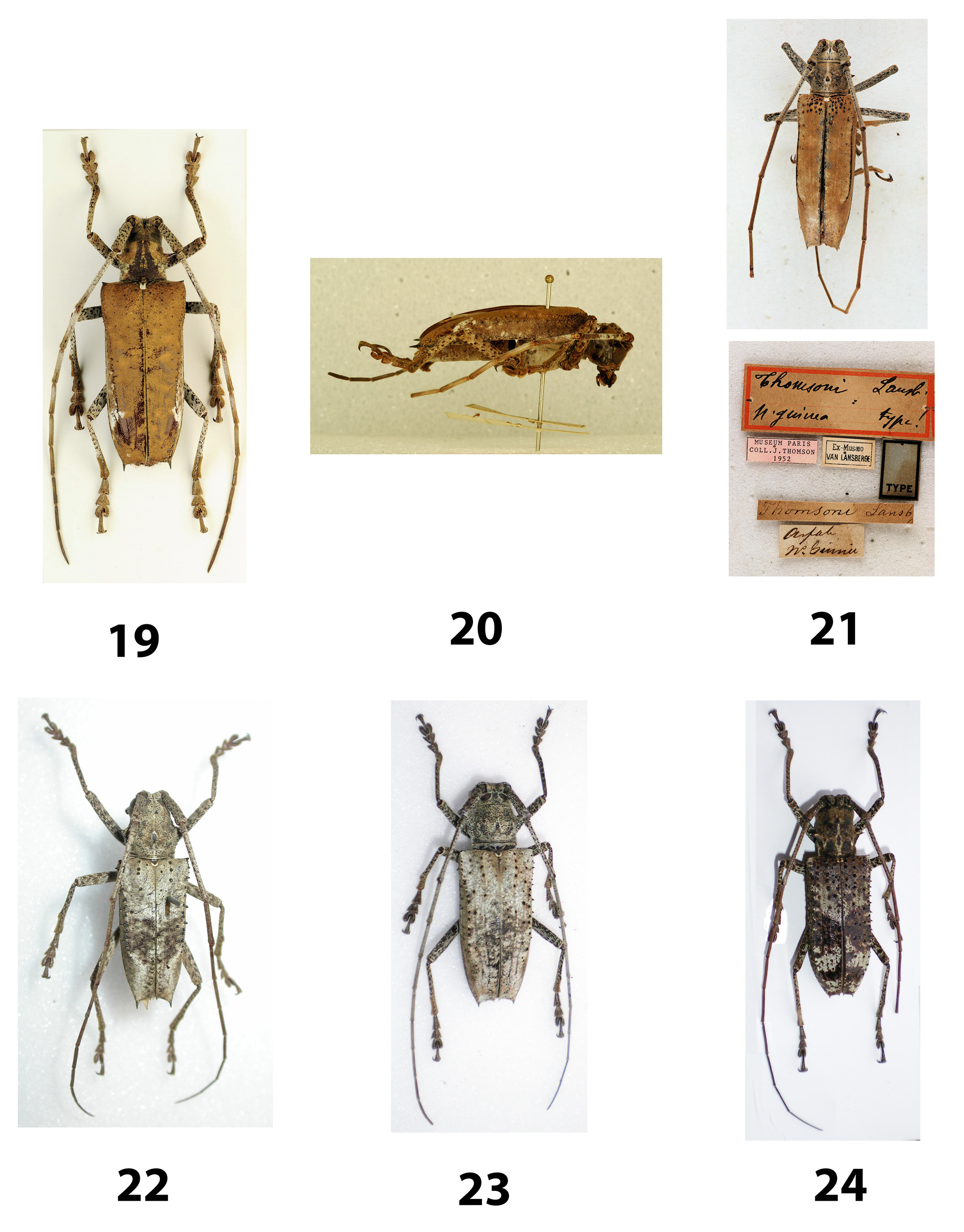