Etymology. The species name refers to the collection site which is dedicated to the Resplendent Quetzal, considered one of the most beautiful birds in the region. It is used as a noun in apposition.

Comments. Anacroneuria quetzali is similar to A. socapa Stark & Zúñiga 1999 in Stark et al. (1999) from Colombia. However, the head of A. socapa is mostly yellow, except for a pair of dark spots in front of the ocelli. The middle stripe of the pronotum is wider in A. socapa than in A. quetzali . The two species differ in the extent of shoulders of the aedeagus and A. socapa lacks membranous lobes. The aedeagus of A. quetzali is similar to that of A. magnirufa Stark 1998 , but differs in several structures, such as the dorsal keel, which is present only in A. magnirufa . Finally, males of A. quetzali are notably larger than males of any other known Anacroneuria species from Costa Rica and exceed A. socapa in body length by 4mm. 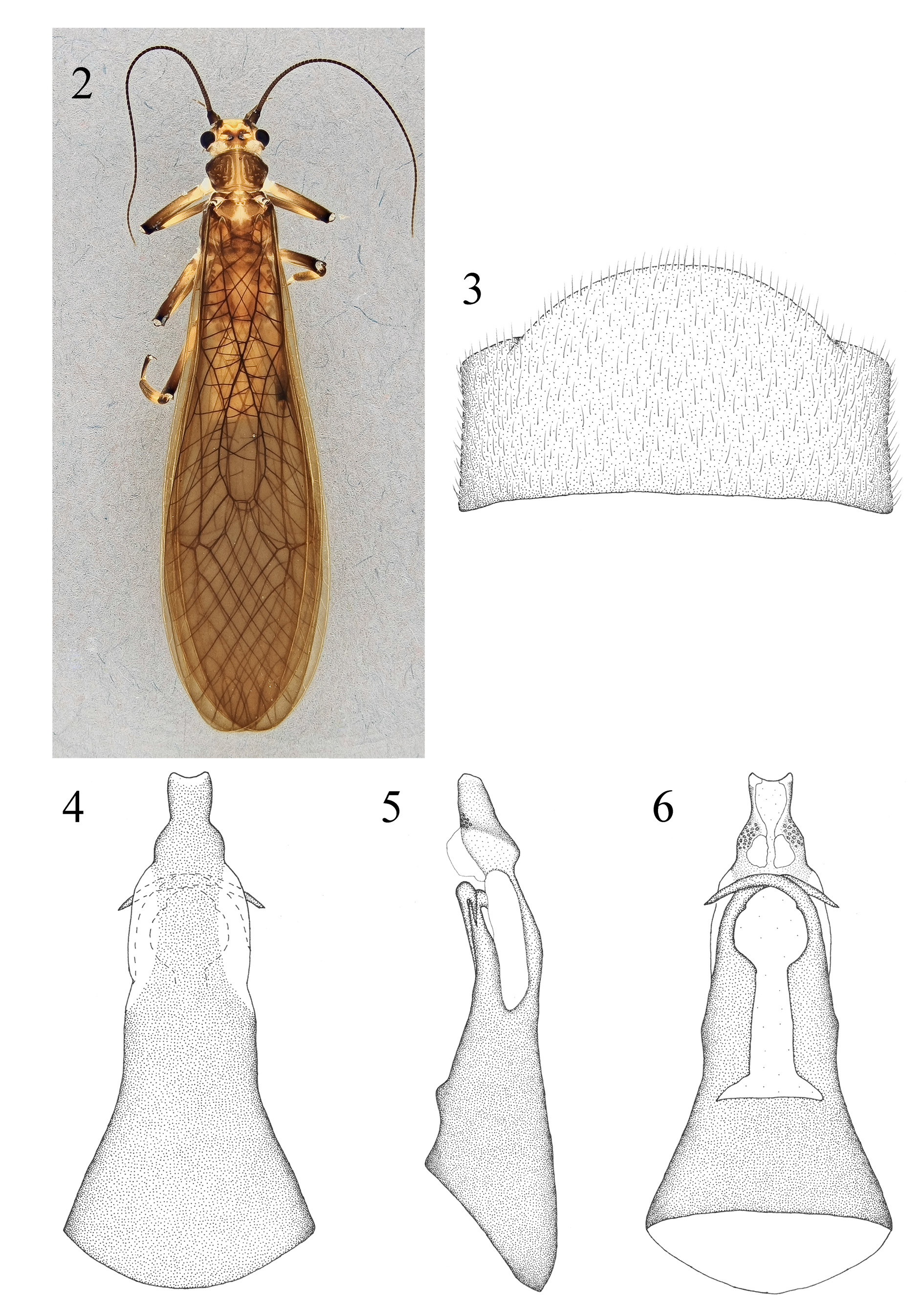