Diagnosis and monophyly: Among the amycoids, the two genera of bredines are unique in having shortened and strongly curved tarsal claws on the front legs. They share with some gophoines a similarly flattened and elongate body and a reduction of spines on the front legs (both number and size, although Breda species have many spines ventrally on the front tibiae), but lack the gophoine bulbous setae and sinuous RvTA. The chelicerae are small and vertical, bearing a single tooth on the retromargin (unlike gophoines, which generally have a bicuspid tooth or multiple teeth). No molecular data are available for Druzia , but the species of Breda are recovered as monophyletic in our analyses and distinct from other amycoid groups ( Fig. 37 View FIGURES 37 – 38 ). 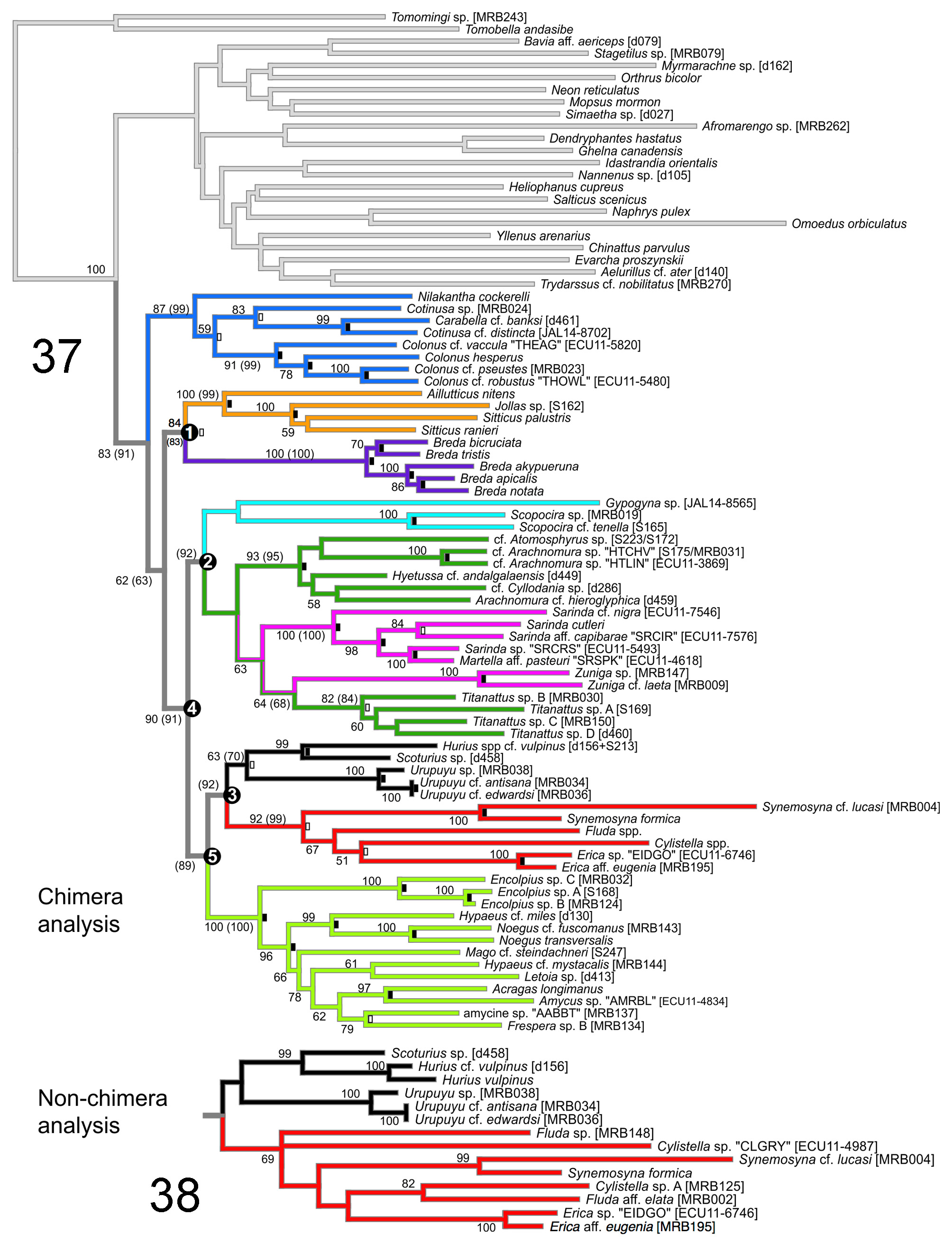