One female specimen was collected by JHF from the Welder Wildlife Sanctuary, San Patricio County, Texas, 30-XI-1973, under tiles in long grass (JHFC).

Three specimens were brought to JHF by R.W. Lundgren (an enthusiastic insect collector resident in Gainesville) ca. 2000 with a request for identification. Lundgren said he had collected them on 23-IV- 1995 in Florida (without further details) – he was not in the habit of labeling his specimens and tended to use code numbers matching records in a card file. He had operated a Malaise trap at the Ordway Preserve in western Putnam County (see Frank et al. 2009) and this may be the collection site. He left Gainesville abruptly late in 2000 or in early 2001 without leaving a forwarding address and has not made contact with Gainesville coleopterists since that time. Thus, the collection locality is unrecorded, although the chances are that it was in Putnam County and by Malaise trap. The specimens were identified by JHF as N. texanus by use of Smetana (1982) and comparison with the female specimen in JHFC. One of the Florida specimens is a male, and a genitalic preparation was made, removing all doubt of its identity because it matches exactly the illustration provided by Smetana (1982, Fig. 458) except that the apex of the median lobe is not everted. A female from Florida is illustrated here ( Fig. 1, 1a View Figures 1-2. 1 ). Thus, L. texanus is newly recorded from northern Florida, most likely from Putnam County. 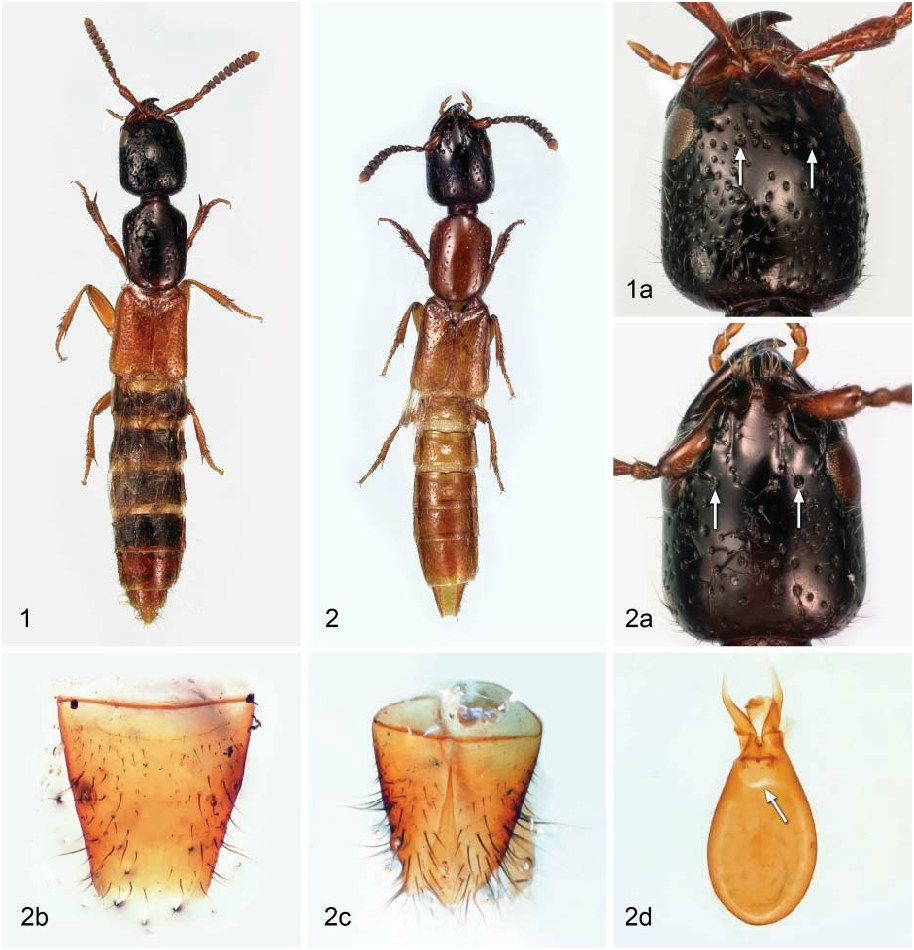