Etymology. The specific epithet is dedicated to Marek Dvořák (Smrčná, Czech Republic), a well-known collector of Noctuidae   and friend of the authors.

Bionomics and distribution. Twelve males were collected at ultraviolet light in May 2016 in remote parts of the southwestern part of China’s Sichuan Province, near Litang and Daocheng (Fig. 31). Specimens of the new species were collected at altitudes ranging from 4000 to 4100 m in mountainous mixed forests dominated by various conifers, rhododendrons, and various shrubs. 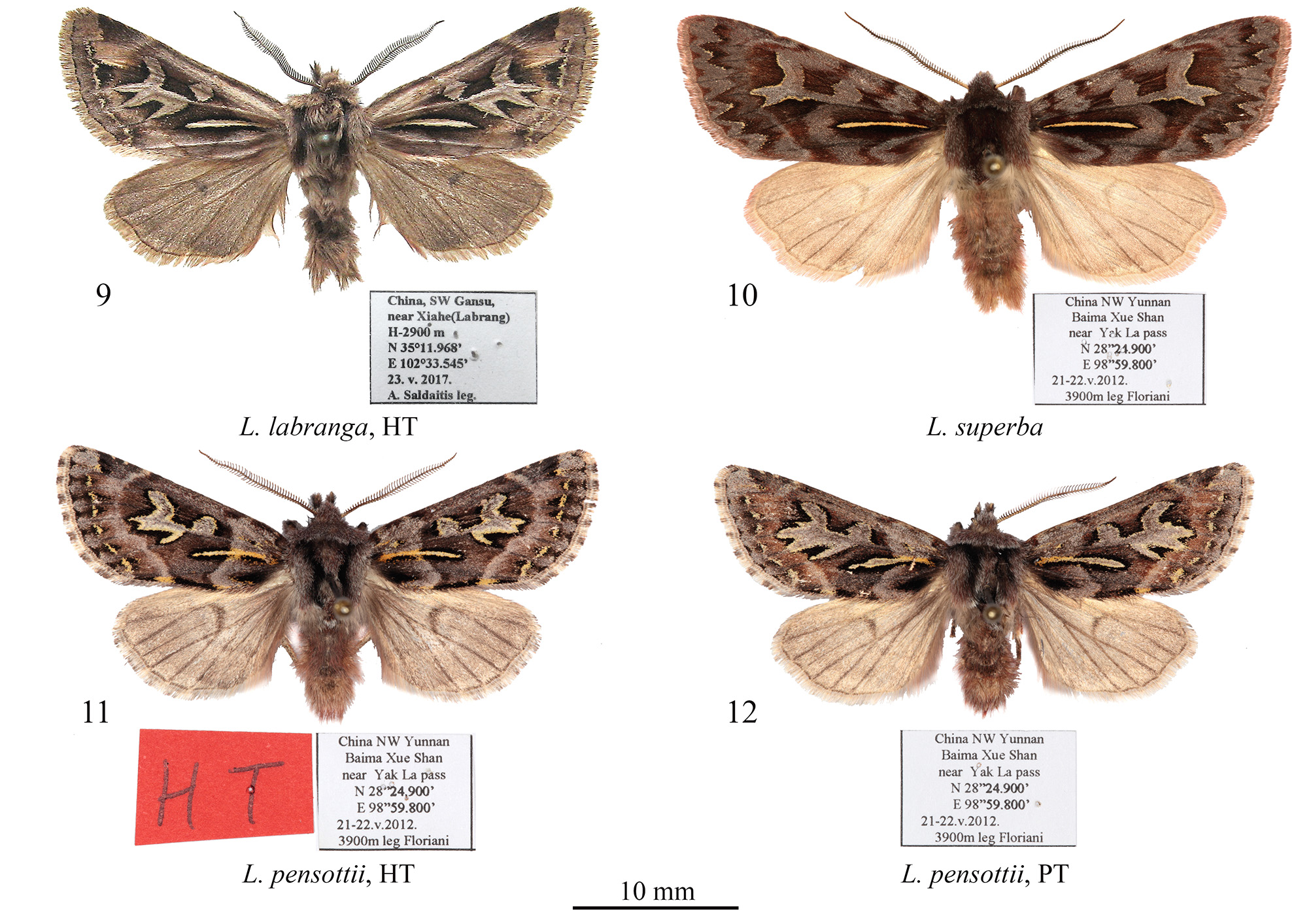