Head 1.19–1.27 times as wide as elytra; interocular area with two deep longitudinal furrows, median portion convex, reaching the level of inner eye margins; punctures round, mostly well delimited, slightly larger and sparser on median area than those near inner margins of eyes, diameter of large punctures about as wide as apical cross section of antennal segment II; interstices smooth, narrower than half the diameter of punctures except those along the midline of the convex median portion, which may be slightly wider than diameter of punctures. Paraglossa oval.

Elytra 0.92–0.94 times as long as wide; disk relatively even, with longitudinal humeral impression, posterolateral impression and sutural impression indistinct; punctures and interstices similar to those of pronotum.

Remarks. The species belongs to Stenus indubius  group and is similar to S. tianmushanus  sp. nov. and S. zhujianqingi Tang, Li & Wang, 2012  , but can be distinguished from the latter two by the smaller size, less confluent punctation of forebody and shorter elytra. 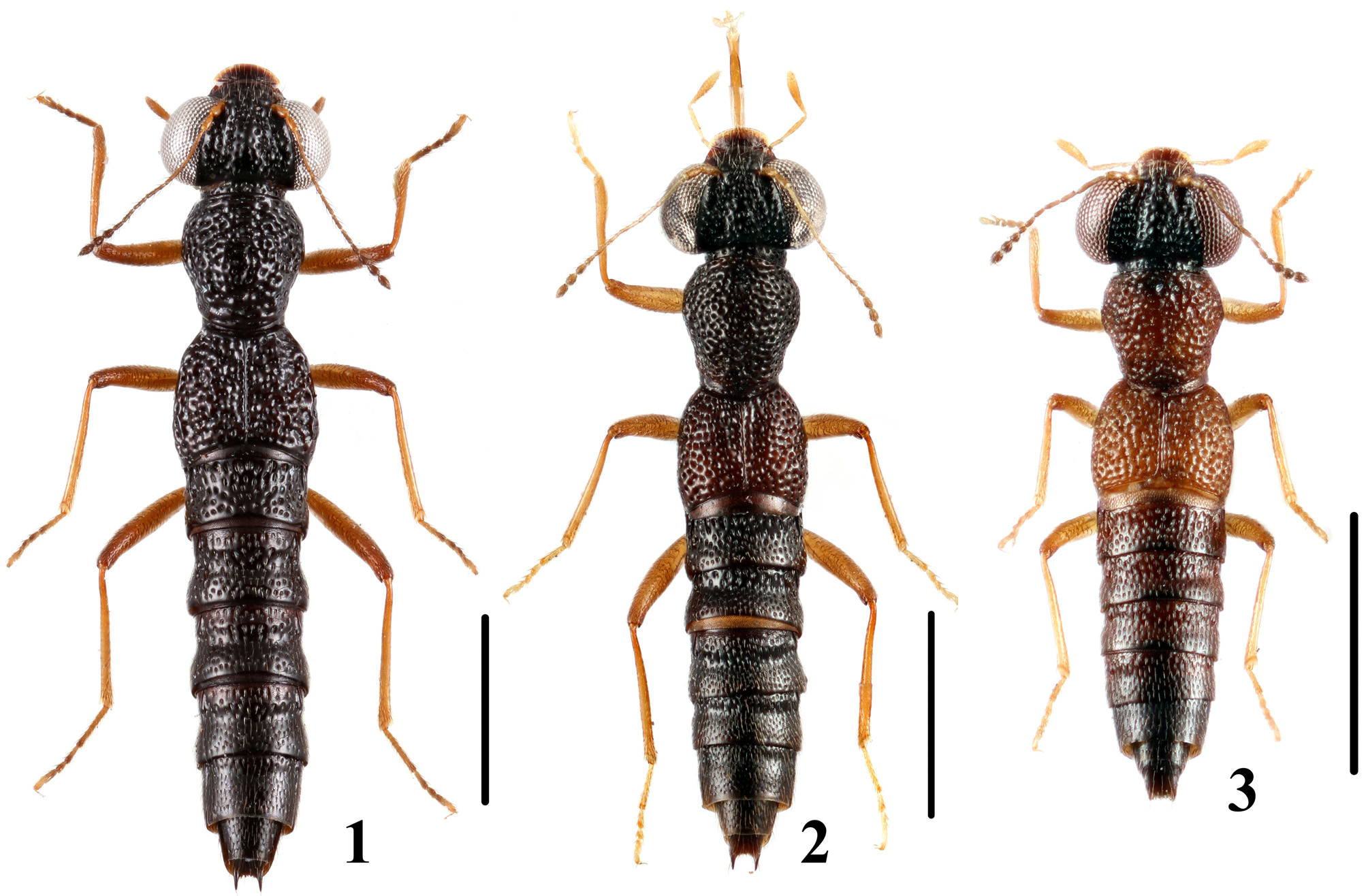 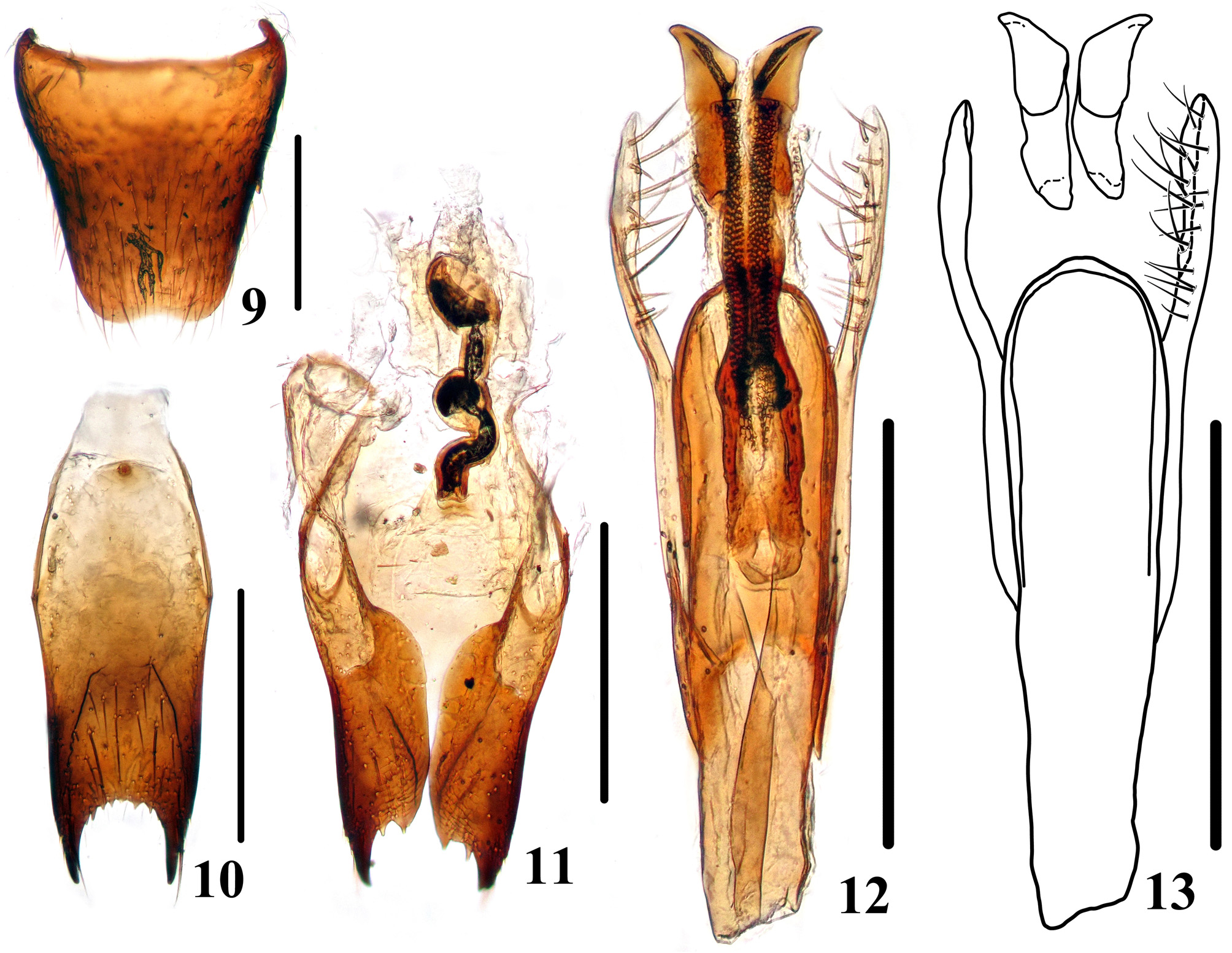