Eryma modestiforme ( Schlotheim, 1822)   ( Fig. 6 View FIG ), Palaeastacus fuciformis ( Schlotheim, 1822)   ( Fig. 7 View FIG ) and Pustulina minuta ( Schlotheim, 1822)   ( Fig. 7 View FIG ) are the three most common erymids found in the Solnhofen Lithographic Limestones. Numerous specimens are almost complete, but the compression often impedes the identification of the carapace grooves, which are important for the systematic of the Erymidae   . Instead, we use the general ornamentation and the features of the P1 chelae (shape and ornamentation) to distinguish the erymid lobsters. Indeed, P. fuciformis   and P. minuta   have P1 chelae with a subrectangular propodus bearing short and wide fingers, while the fingers of E. modestiforme   are longer than the propodus and are progressively narrowing to their distal extremity. Moreover, E. modestiforme   is ornamented by small tubercles and depressions, while P. minuta   is covered by coarse rounded tubercles and P. fuciformis   bears strong spines on its carapace and its P1 propodus. 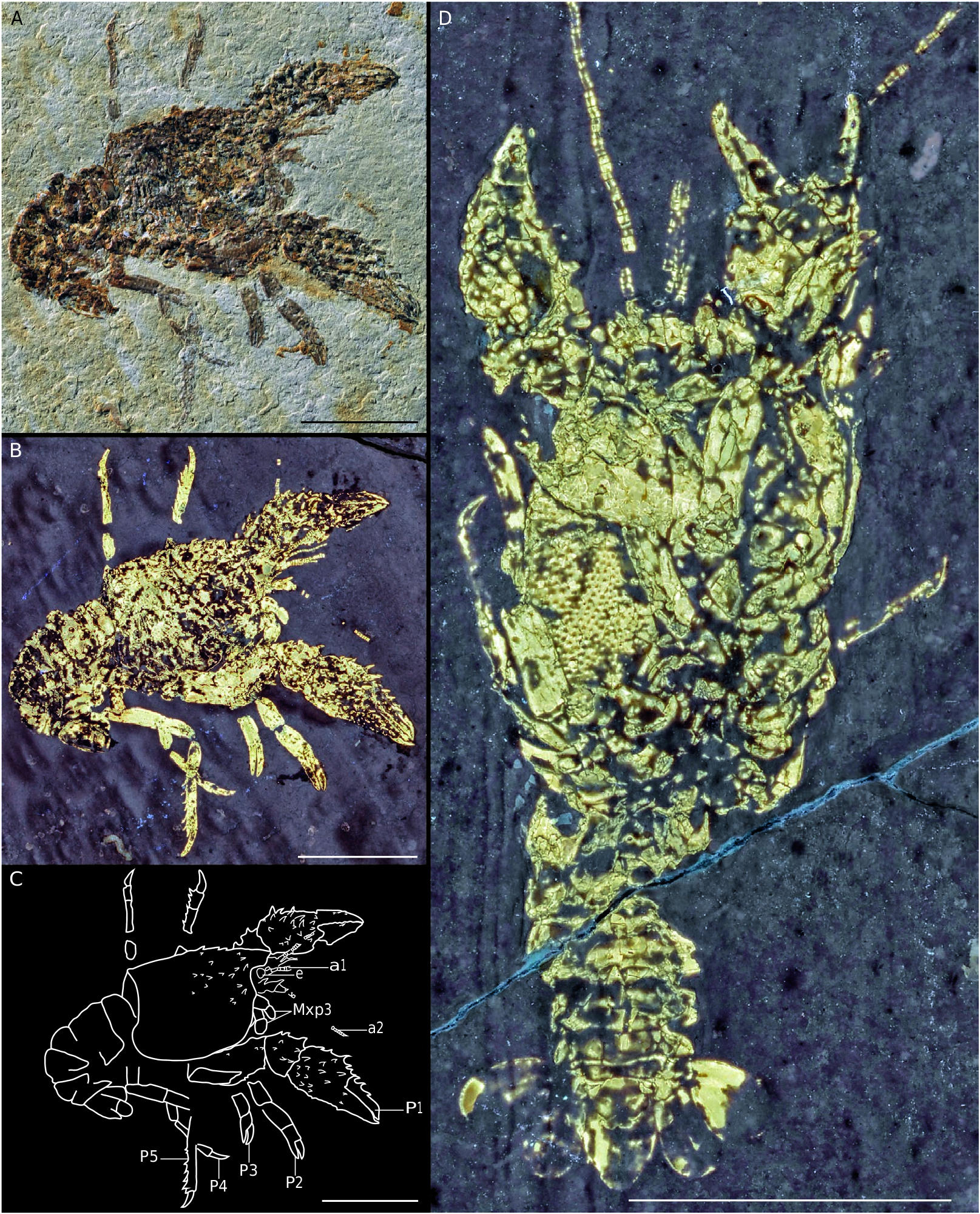