Variation. A presumably freshly emerged female specimen in the TMPS has bright yellow rather than white markings and narrow yellow apical area ( Fig. 9 View FIGURES 1 − 12 ). As in other sesiid species (e.g., Chamaesphecia   ), the yellow colour of these areas is bleached out in older specimens.

Diagnosis. The female holotype of Crinipus marisa   is slightly damaged and heavily descaled, its body colouration almost lost. Additional specimens here considered to belong to C. marisa   are another female specimen in the BMNH, which is from Johannesburg and also has medially somewhat rubbed-off tergites, as well as two females and three males in the TMPS, which are from South Africa. All specimens in the TMPS were previously misidentified as C. vassei   , which is rather similar in size and body shape to C. marisa   , but differs distinctly by the following characteristics: legs and body marked almost bluish-white (yellow-orange in C. marisa   ); forewing discal spot nearly as wide as widest part of anterior transparent area (distinctly narrower in C. marisa   ); tergites 3–6 (7) laterally with a large white spot (with a white or orange-yellow dorsal bar in C. marisa   ). The male genitalia structures are very similar in C. marisa   and C. leucozonipus   , but the latter has a more triangular valva and fewer simple, non-bifurcate setae on the crista sacculi. The male of C. vassei   and the female of C. pictipes   are unknown, and the female genitalia of C. leucozonipus   were not examined. The female of C. marisa   differs from that of C. vassei   by the more pointed papillae anales, the longer finger-like protrusion of the ostium, the stronger and broader sclerotization of the antrum, and the angled ductus bursae. See remark for C. pictipes   . 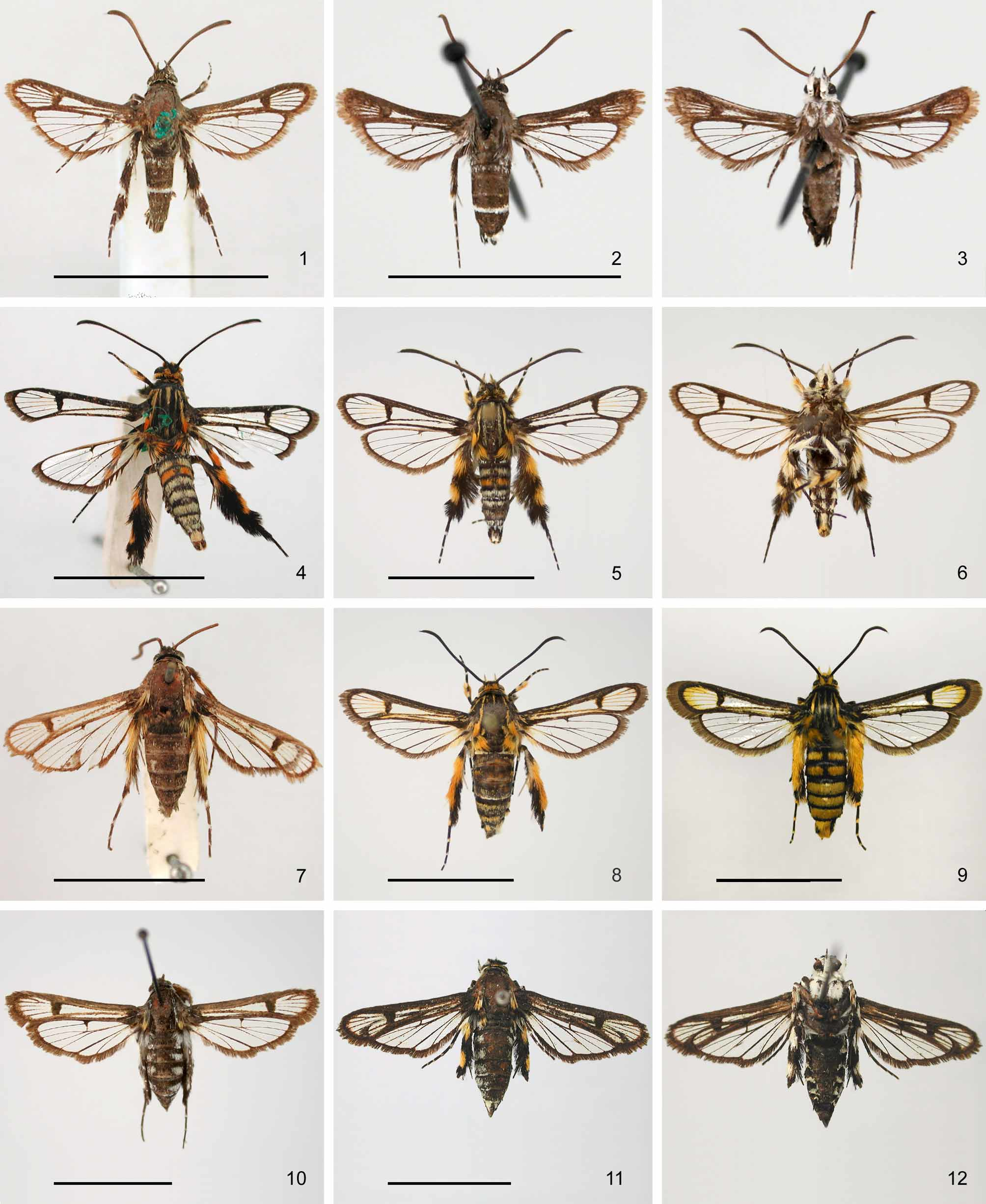