Diagnosis. This straw colored species is easily identified by the elongate labial palps ( Fig. 5 View Figure 5-9 ), which are only duplicated in the tribe by the North American species Scotoleon longipalpis (Hagen) and Scotoleon deflexus Adams. Since this genus has only one species, the diagnostic characters (modified tarsi, calli on the antennae, male genitalia and specialized peg-like setae on hind wing alary membrane) of the genus also serve to distinguish the species. The larva is distinctive in having an extremely wide head capsule (about twice as wide as long in dorsal view).

Female. Similar to male, but without calli on antennae or black peg-like setae on alary membrane; pilula axillaris absent; abdomen much longer than wings; terminalia as in Fig. 9 View Figure 5-9 .

Larva. ( Fig. 10-13 View Figure 10-13 ) Length of head, thorax and abdomen about 7.7 mm. Head 1.6 mm wide; abdomen 4.8 mm wide. Coloration with mandibles brown; head light brown with body straw colored with brown markings as in Fig. 10 View Figure 10-13 ; ventral head capsule clear without markings. Mandibles are about as long as the head capsule viewed ventrally with the middle tooth closer to the distal tooth than the basal tooth. Distance from basal tooth to distal tooth about equal to distance of basal tooth to mandibular base. Head capsule is twice as wide as long (dorsal view) or three- fourths as long as wide (ventrally), with many dolichasters dorsally and some simple setae ventrally. Palpi are shorter than width of mandibular base. Ocelli are all black (indicating diurnal feeding) and are protected by two or three stout guard setae. Abdomen without scoli, but with raised spiracles which are about as wide as long; eighth sternite with many stout digging setae and sublateral teeth which are about as long as wide ( Fig. 13 View Figure 10-13 ).

Biology. Stangeleon longipalpus larvae were found in an elevated area near a river. The larval habitat was small mounds of fine sand with bushes underlain with bare soil and scattered leaves. The author was drawn to the site when he saw scattered dead, crumpled ants on the surface. Shade provided by the bushes helped to keep the soil temperatures reduced. The soil was subject to periodical wetting and drying due to rain. This caused some compaction of the soil. Each larva was living in a small area of surface soil only a little larger than its body and waiting for prey such as ants to walk overhead. Blowing the soil with an aspirator removed enough sand to reveal the larvae. These larvae are slow moving when exposed, walking or digging very slowly. Only the head moves fast when grasping prey. Evidently they feed mostly during the day because the ocelli are all black, which is usually correlated to diurnal feeding. Cocoons are about 5.5 mm in diameter and are made close to the surface. Adults were collected at night and early in the morning. Like the co-existing Venezueleon guarica Stange adults, they sat on grass stems during the day and were reluctant to move or fly when disturbed, not even flying when a net was placed over them. The grassy area along the river where the adults were night collected was undulant and when individuals were seen by lantern light they were chased down. This species, unlike many antlions, flies away from light and must be chased down at night. They are not fast flyers. The capture of only three individuals, during many hours of collecting by two people, indicates the relative rarity of this species. 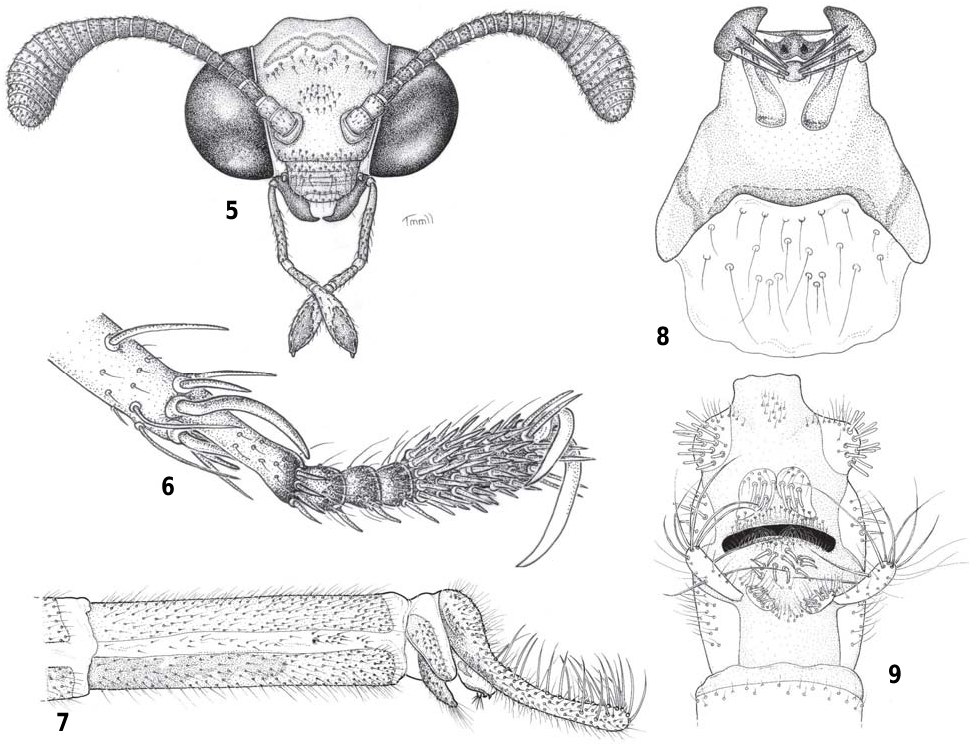 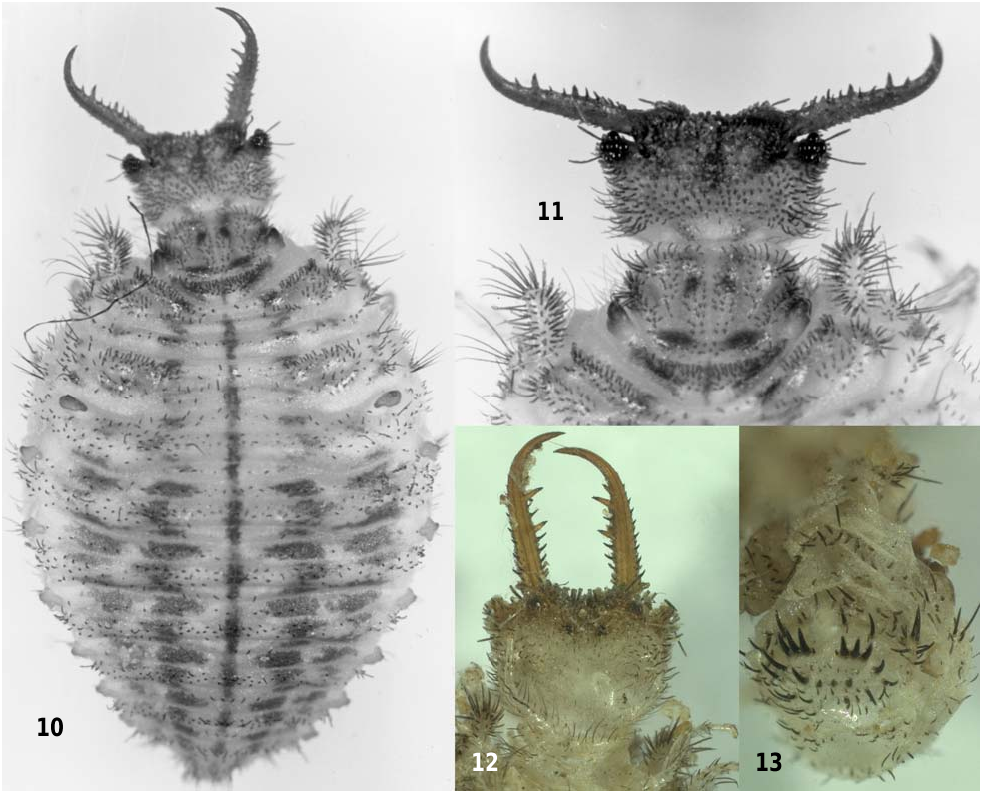