Diagnosis. Due to its peculiar habitus ( Figs. 1–4View FIGURES 1 – 2View FIGURES 3 – 4), Smilax  is a distinct genus that cannot be easily confused with other Xanthopygina  genera. Below is a list of morphological features that can help diagnose Smilax  : (a) head transverse, rounded; (b) antennae compact, flattened; (c) mandibles long; (d) galea long, as long as maxillary palps; (e) nuchal ridge present; (f) body appearing “fuzzy” due to the presence of long setae; (g) pro-, meso- and metatibia flattened and with two long apical spurs, and (h) abdominal terga III –IV with curved (arch-like) ridge.

The only other Xanthopygina  genus that might be confused with Smilax  is Haematodes Laporte.  Haematodes  can be distinguished from Smilax  due to its bright red coloration on the head and pronotum, in addition to differences in characters (a), (c), (e) and (h) listed above. Besides Haematodes  , there are a few myrmecophile genera in Philonthina  (still undescribed) that have a similar pronotum and elytra to Smilax  , but their head shape is rather different (smaller) in addition to the typical differences between Philonthina  and Xanthopygina  (e.g., Smetana and Davies 2000). These taxa are rather similar to Quedius (Pridonius) iheringi Bernhauer  but all of these taxa seem to be associated with Eciton Latreille  (army ants) instead of Atta Fabricius  (leaf cutter ants).

Male and female genitalia typical of Xanthopygina  ; spermatheca not sclerotized; aedeagus smaller in comparison to other genera in Xanthopygina  ; paramere in lateral view with enlarged ventral projection; paramere much shorter than median lobe.

Distribution. Distributed from Nicaragua to Argentina, southern Brazil and Paraguay. Habitat. Associated with leaf cutter ants in the genus Atta  , typically found in the refuse piles or fungus gardens. Some specimens have been collected with flight intercept traps, perhaps indicative of their ability to move between nests. 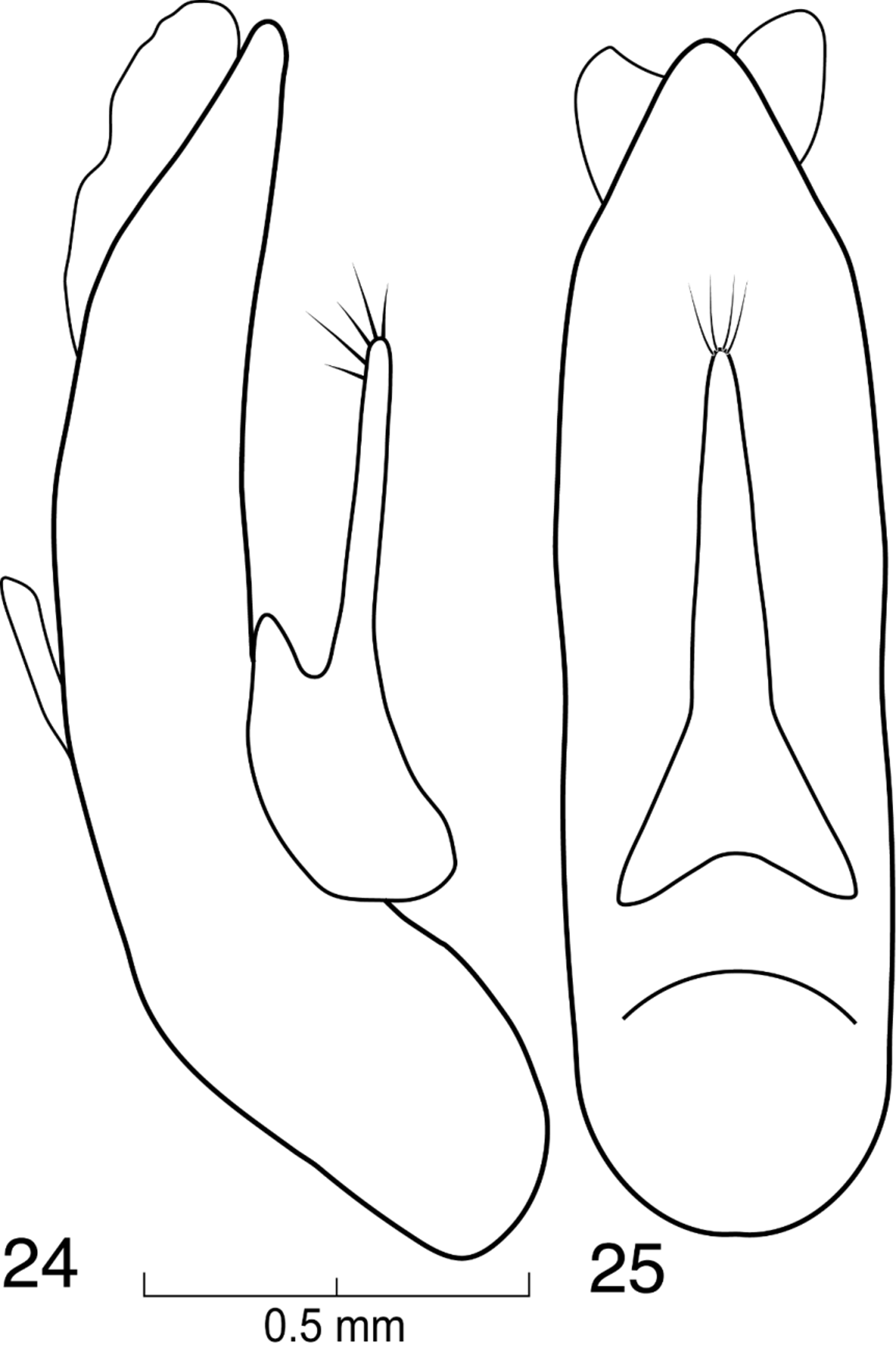 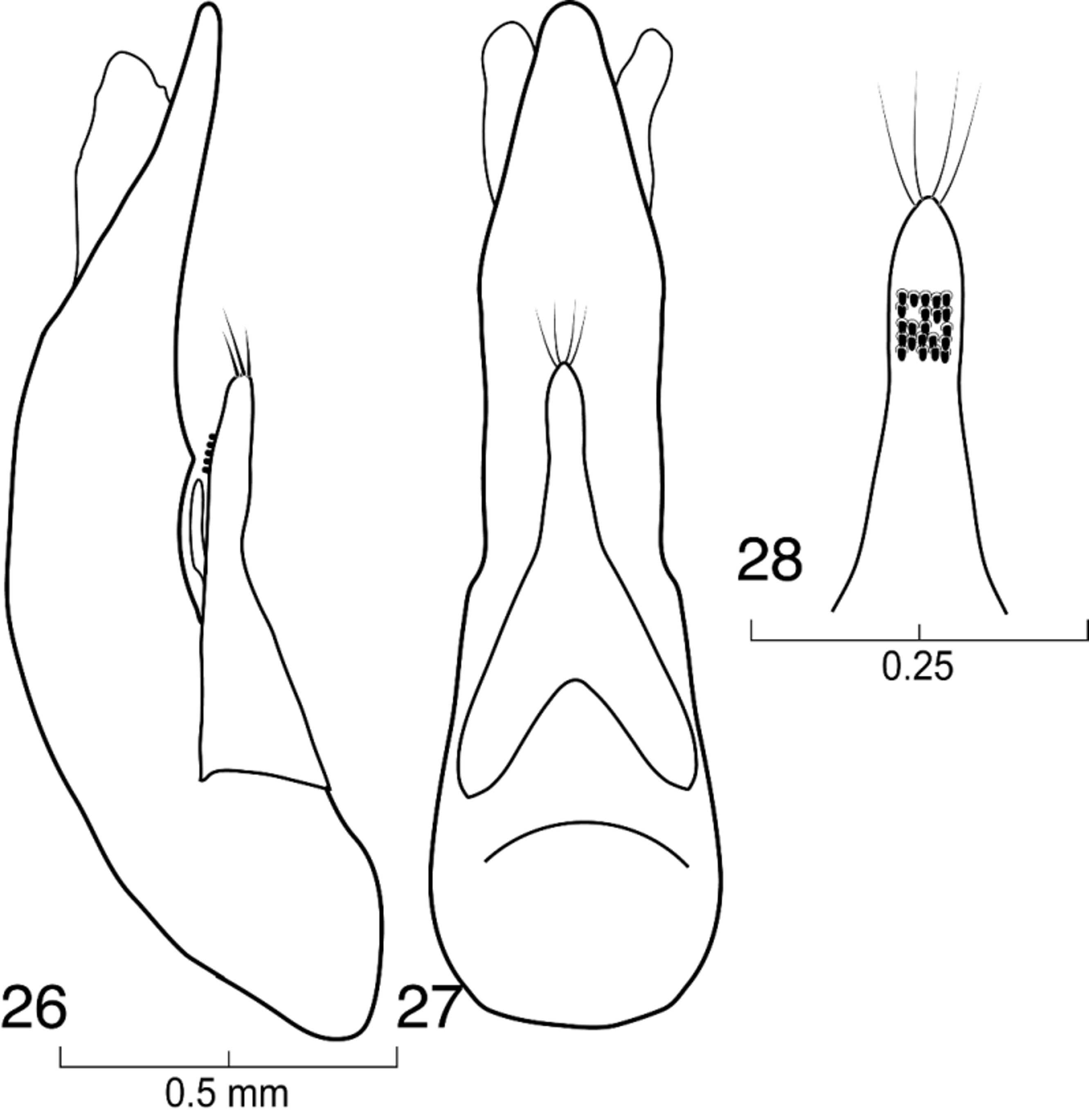