Intraspecific variation. The populations of Shuibatou Village and Ailao Mountain, separated by two mountain ranges and Lancang River ( Fig. 4BView FIGURE 4), show differences in body size (3.50–3.59 mm vs. 3.90 mm), and form of the median lobe of the aedeagus ( Fig. 3View FIGURE 3). However, the proportions of the body parts and antennomeres, and especially the male external sexual features, e.g., the forms of antennomere 11 ( Fig. 2AView FIGURE 2), and projection of the metaventrite ( Fig. 2CView FIGURE 2), are rather stable. The differences in body size and the aedeagus are thus considered to be intraspecific variations of the same species.

Comparison. The male of Chandleriella yunnanica  can be readily separated from its only congener, C. termitophila (Bryant)  from Sarawak, by the much larger body size (3.5–3.9 mm vs. 3.0 mm), the strongly modified, bowl-like antennomere 11 of the male, and the different configurations of the aedeagus. Chandleriella termitophila  possesses a simply enlarged antennomere 11 that lacks modification ( Hlaváč 2000: figs 1, 3); and when viewed laterally, the median lobe of the new species is evenly narrowing from base toward apex, while it is greatly expanded at the basal two-fifths of C. termitophila  ( Hlaváč 2000: fig. 4).

Biology and distribution. The circumstances from which the two individuals of the Ailao Mountains were collected were not specified; however, all those from Shuibatou Village were taken from a colony of an Ectomomyrmex  ant nesting in a fallen decomposing log (Z.-C. Xiong pers. comm.), indicating probable myrmecophily of this species; collected with them was an Awas sinicus Yin & Li  , which represents the first host record for this rarely encountered species, and agrees with a previously published scenario ( Yin 2017) regarding the host association of Awas  . The new species is currently known from two localities in Yunnan, southwestern China ( Fig. 4View FIGURE 4).

Etymology. The new specific epithet refers to the province where the type locality is located, i.e., Yunnan. 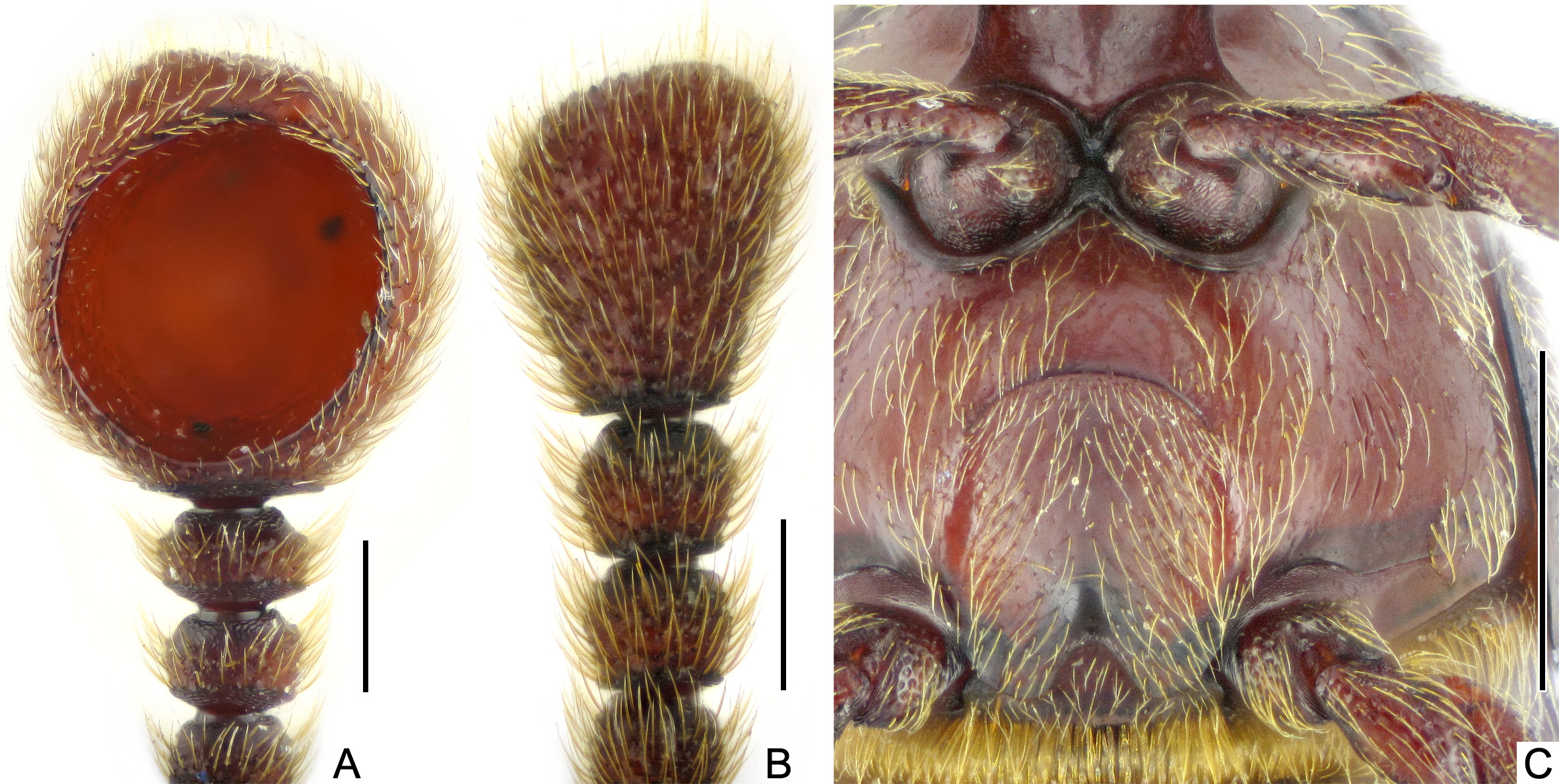 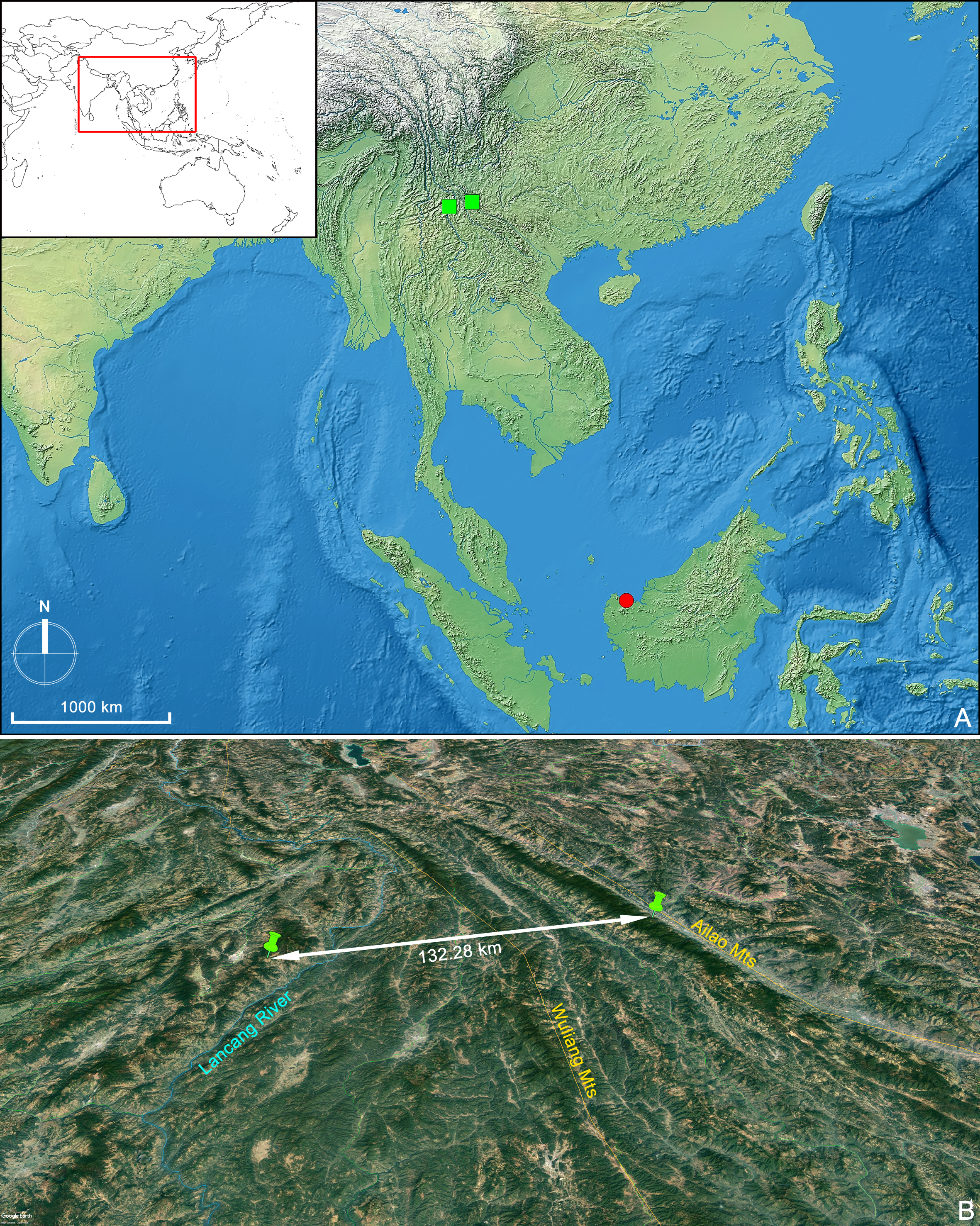