Remarks. This new species is similar to another Chinese species C. pselliophoroides Alexander, 1938  in the colors of antenna and thorax, and in the shape of the flagellum segments and morphological structure of hypopygium. It can be easily distinguished from the latter by the first to eighth tergite narrowly ringed with dark brown, the second to fourth tergite also with median stripesas illustrated in Fig. 11View FIGURES 9 – 17 (only the first segment narrowly ringed with blackish in C. pselliophoroides  as described by Alexander, 1938: 338), the hind femora tawny with light brown belt near apex, the hind tibiae tawny with a broad whitish band as shown in Fig. 1View FIGURES 1 – 8 (hind legs reddishyellow without such patterns as described by Alexander, 1938: 338), the outer gonostylus dorsally terminating into truncated end as illustrated in Figs 12, 16, 17View FIGURES 9 – 17 (terminating into a curve spine as described by Alexander, 1938: 338).

Etymology. The specific epithet is a noun derived from the Latin ‘ fumos ’ with the feminine termination ‘- a ’, referring to the presence of smoky mark on the wing. 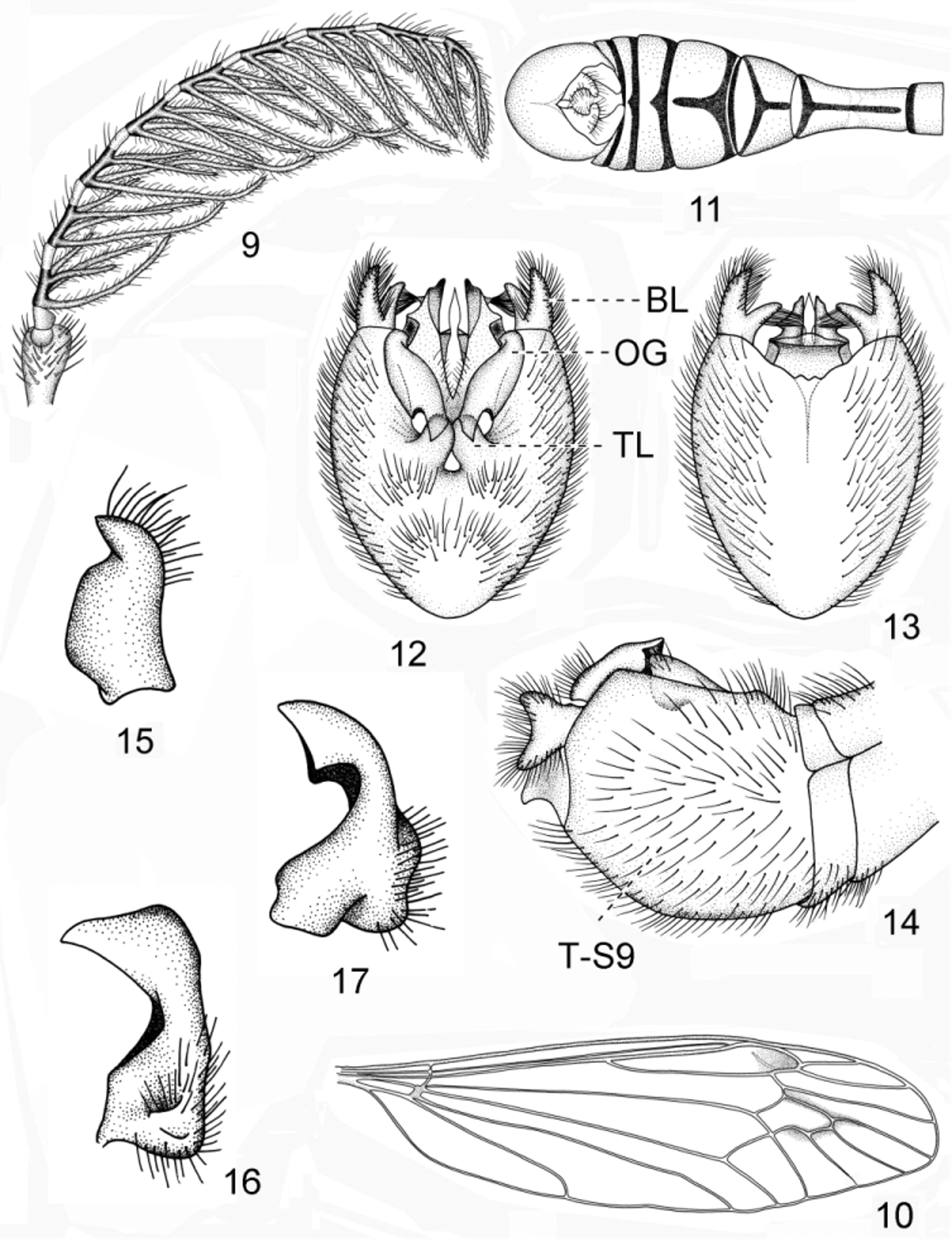