Comments. The confusion over the identity of “ Bradysia radicum (Brunetti)  ” from the Pacific Islands started when Edwards (1928) misidentified specimens from Samoa as Sciara radicum Brunetti. Hardy (1960)  compounded the error when he concluded that his specimens from O‘ahu and Samoa were S. radicum  , and described S. spatitergum Hardy  as new. It appears that Hardy did not examine the radicum  syntypes in the British Museum; consequently he could not have known that his spatitergum  and Brunetti’s radicum  were actually conspecific. Steffan perpetuated the error by misinterpreting B. radicum in Steffan (1969)  [see comments for B. bishopi  ]. Steffan later compared Edwards’ Samoan specimens with Brunetti’s radicum  syntypes from Calcutta and discovered that Edwards’ Samoan records were misidentifications (Steffan 1972b). Indeed, we have examined Edwards’ Samoan material held in the BMNH and there are two males, mounted on slides [Samoan Is., Tutuila, Pago Pago, 14.xii.1925, leg. P.A. Buxton & G.H. Hopkins, mounted in Euparal 1971 (presumably by Steffan), “ Sciara radicum Brunetti  ”, det. F.W. Edwards, NHMUK012810482; Samoa, Savaii, Safune, V.4-24, leg. E.H. Bryan, Jr, Brit. Mus. 1947-32, NHMUK012812258], both of which belong to Pseudolycoriella  . The remainder of the Edwards specimens from Samoa and Fiji are females which cannot be identified. The records of Sciara radicum  by Edwards ( Edwards 1928, 1935a, 1935b) from French Polynesia (Tahiti, Marquesas Islands), American Samoa (Tutuila), Samoa (Upolu, Savaii), and Fiji (Vanua Levu) should therefore be regarded as doubtful until the species is collected and positively identified from these localities.

Steffan (1972b) redescribed B. radicum (Brunetti)  and provided a good hypopygium drawing based on the syntype material in the BMNH, which we have examined. Steffan stated “the male terminalia are enlarged, the basimeres being large compared to the short distimeres. In this respect, B. radicum (Brunetti)  is closely related to B. spatitergum (Hardy)  , from which it differs in the armature of the distimere and shape of tergum IX” (Steffan 1972b). In this respect Steffan was wrong, as his figures show as well as the descriptions of both species. It is likely that the differences that Steffan observed were due to the specimens being somewhat collapsed and distorted as they had been dried and mounted on pins.

Bradysia radicum  is unique in respect to the very large gonocoxites and the large IX tergite (the shape of which can differ from sub-oval to somewhat trapezoidal) with short and uniform hairs. It belongs to the B. hilaris  group in a wide sense and is related to two species from Papua New Guinea (Mohrig 2013). The larvae are often connected with rotting lily bulbs. The best figure is given in Broadley et al. (2018): 234, fig. 14 A–C.

Distribution. The species is common on all major Hawaiian Islands. It is widespread, with records from India, Zimbabwe, Madagascar, Central and South America, the Galápagos Islands, Seychelles Islands and Papua New Guinea. 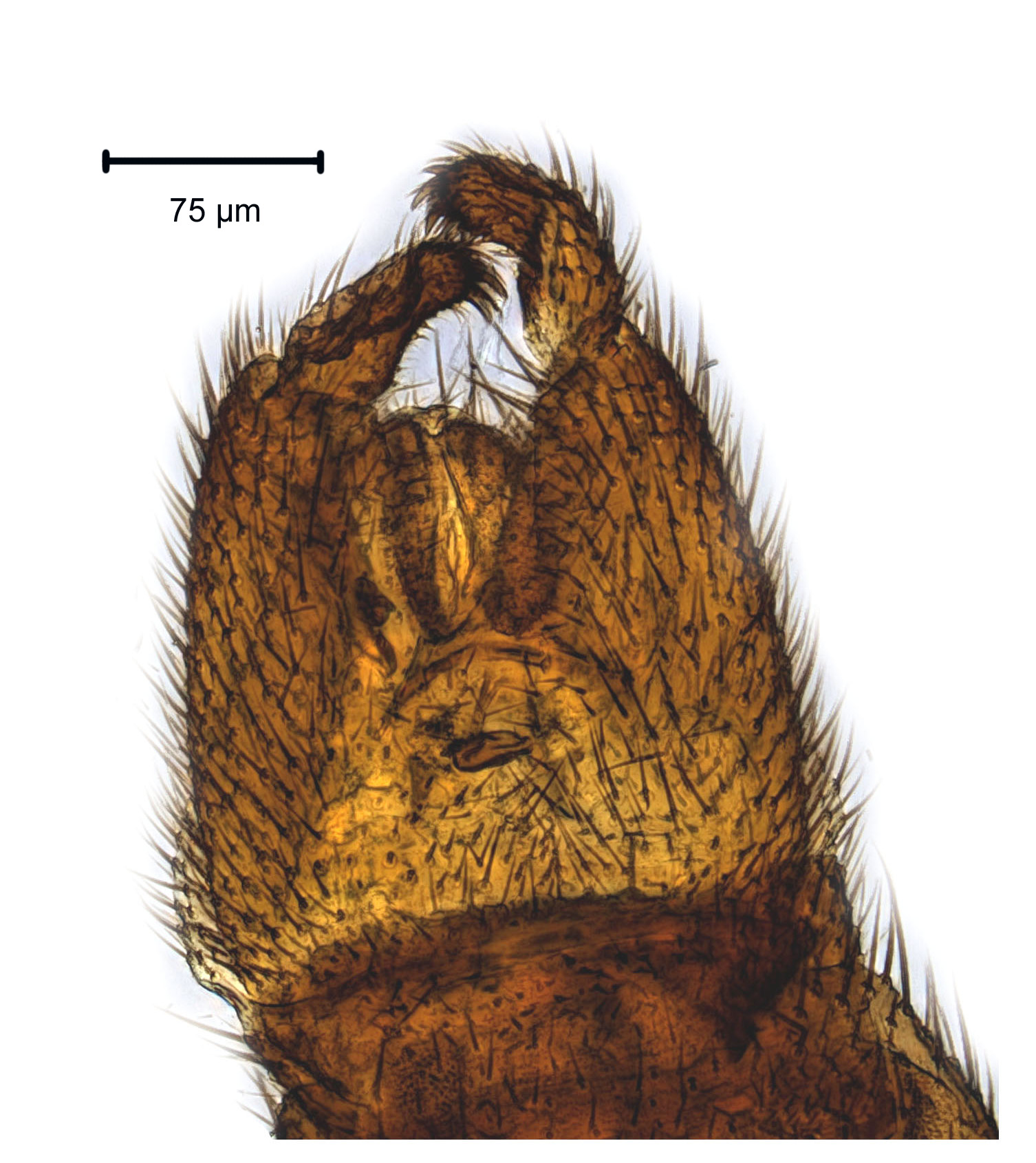