Diagnosis. Close to T. lucida Roesler  , T. tambopatensis García Aldrete  and T. umbrata New. Differing  from them in having the posterior median process of the central sclerite of the hypandrium only slightly bilobed distally.

Female. Color. Essentially as in the male.

Etymology. This species is dedicated to its collector, Dr. Adolfo Ricardo Calor, of the Universidade Federal da Bahia, Brazil, in recognition to his important contributions in the taxonomy of Neotropical Trichoptera. 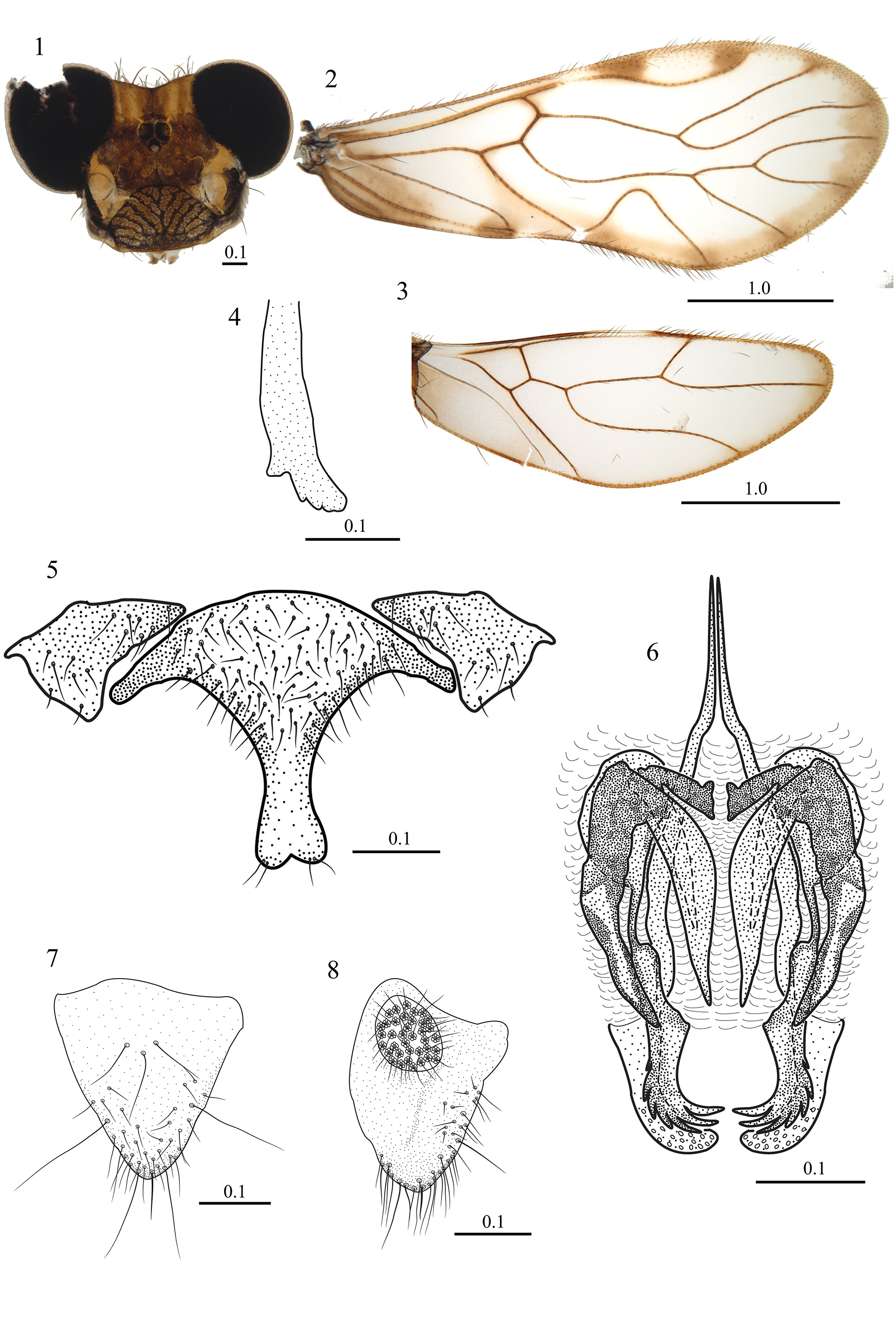 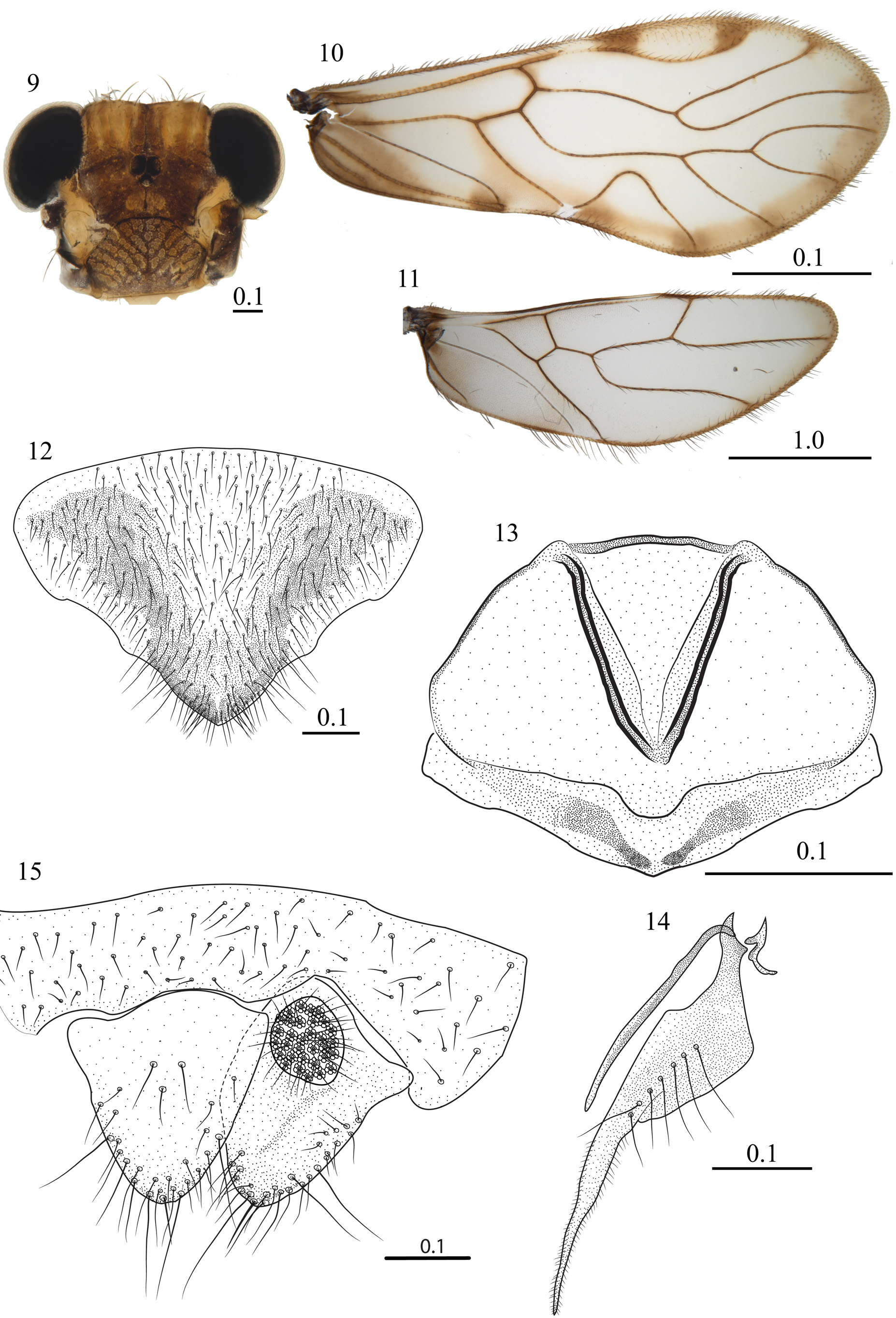