Diagnosis. Belonging in the same species assemblage indicated above. Close to T. calori  described above, from which it differs by having the central sclerite of the hypandrium wide proximally, narrowing distally and distinctly bilobed.

Female. Color. Essentially as in the male. 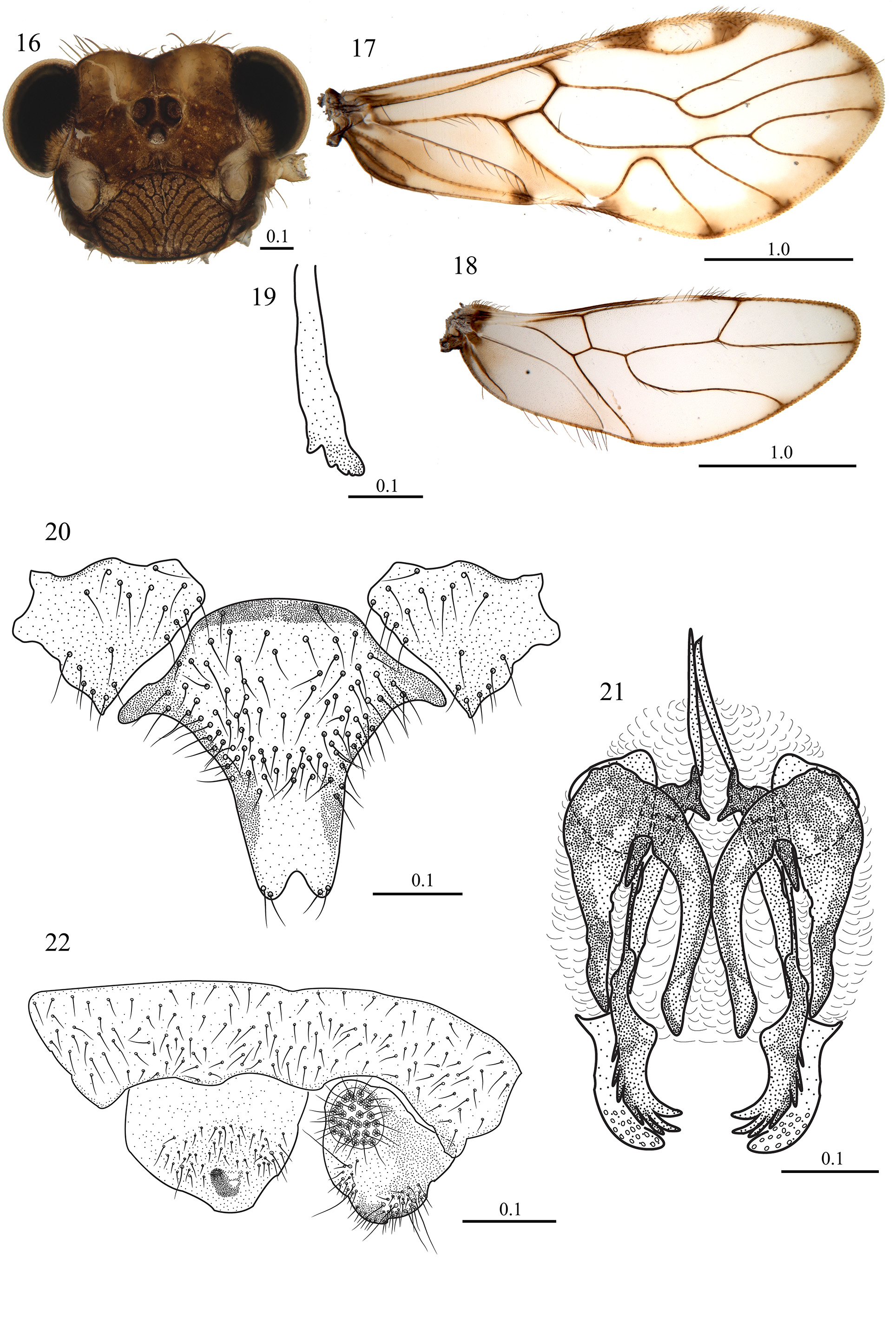 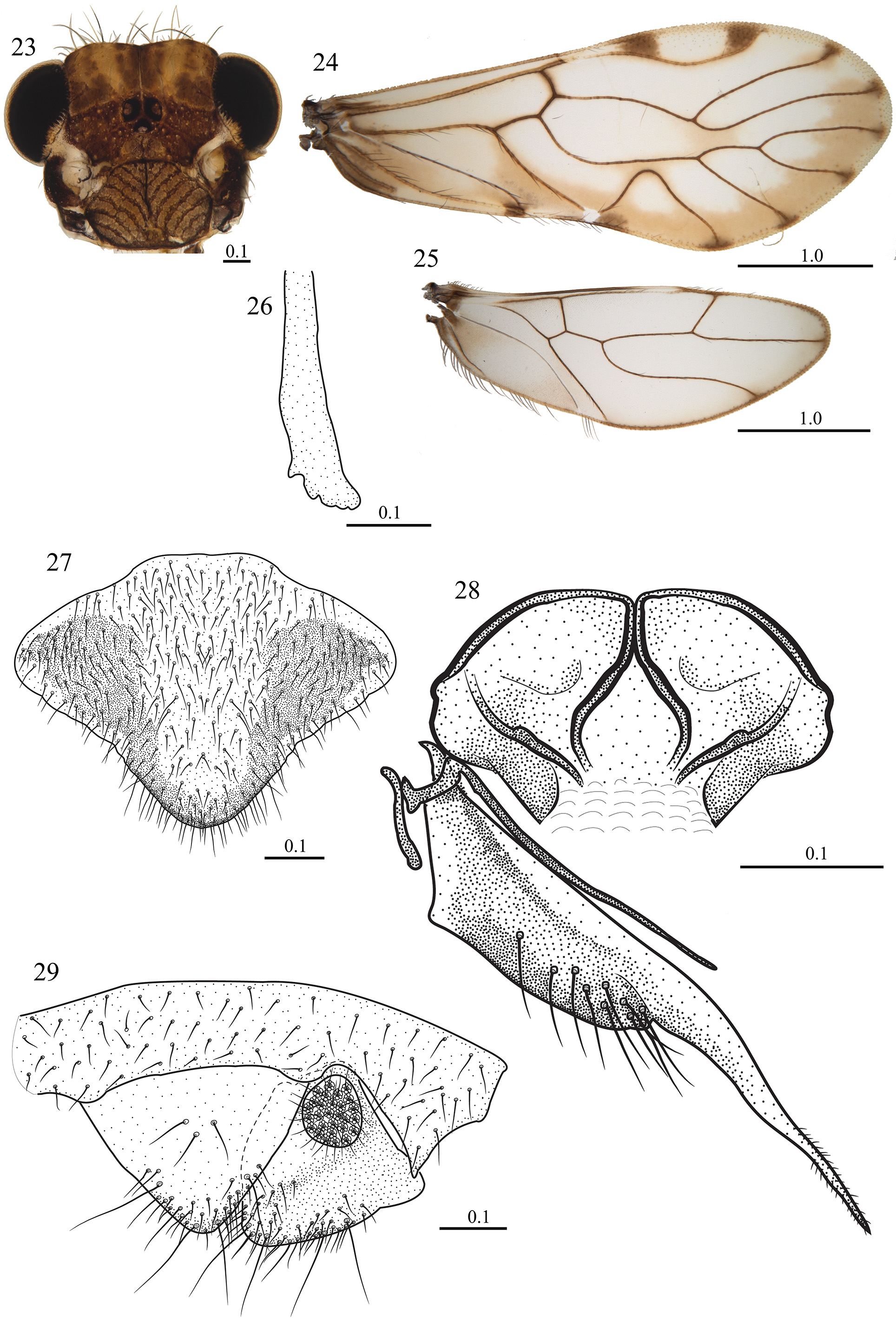