Diagnosis. Alisotrichia coclensis does not fit well into any of the species groups outlined by Olah and Flint (2012), but we tentatively assign it to the orophila group based on the lateral process of abdominal segment VIII bearing a pair of apical spines. The number of these spines varied among the specimens we examined. In some cases there are two on each side, in others there are three on a side, and some have two on one side and three on the other. The new species is most similar to A. cainguas Angrisano and Sganga from Argentina, but differs in lacking a ventromesal process from segment VII and in the antennae having both the scape and the flagellum greatly dilated.

Etymology. Named for the province of Coclé where the species was collected. 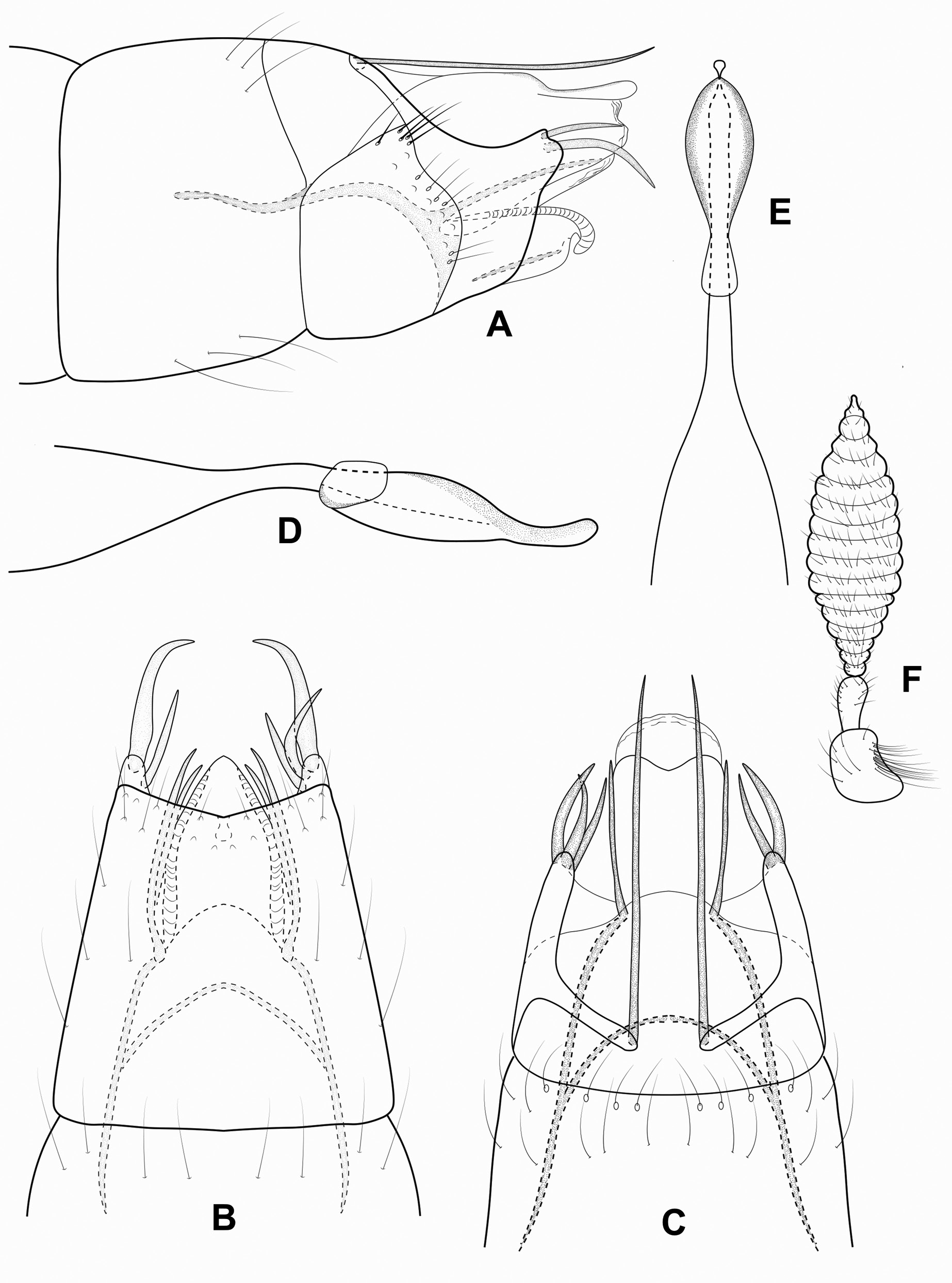