Acrodiscus   is uncommon but widely distributed across the Mediterranean Sea ( Fig. 4 View Fig ; see also Guiry & Guiry 2016; Manghisi et al. 2010a); it is a sciaphilous species, found throughout the year on rocky substrata from depths of 0– 50 m. Tetrasporophytes were collected in spring and autumn ( Table 1 View Table 1 ).

In 1949, Ercegović proposed Acrodiscus vidovichii   f. cochlearis, arguing that the specimens from Dalmatia ( Croatia) had “spoon-shaped”, rather than the flattened fronds described by several other workers ( Ardissone 1883; Hauck 1885; Preda 1908; Zanardini 1868). Ercegović overlooked, however, the fact that populations from throughout the Mediterranean had been described as both compressed-flat or plane ( Ardissone 1883; Hauck 1885; Kylin 1956; Savi 1841; Preda 1908; Zanardini 1868) and with bent/curved sub-grooved margins ( Agardh 1842; Aleem 1993; De Toni 1905; Feldmann 1939). In our experience, freshly collected specimens normally have bent/curved margins but flatten once pressed on herbarium sheets; younger and thinner specimens, on the other hand, can be planar throughout and usually adhere to paper, whereas older, more coriaceous specimens may remain canaliculate and nonadherent. We therefore find little reason to recognize a separate forma cochlearis.

Chondrus   ? vidovichii Menegh.   was validly published in what is commonly reported as Menghini’s Algologia Dalmatica ( Guiry & Guiry 2016) in Atti della terza Riunione degli Scienziati italiani tenuta in Firenze nel Settembre 1841 ( Savi 1841). Indeed, the latter is a congress acta in the form of a book with various sections. During the meeting of the Botany and Plant Physiology group, Meneghini showed his manuscript to the assembly. The secretary of the group, Pietro Savi, recorded the meeting events in the acta, and transcribed part of Meneghini’s manuscript, reportedly titled Algologia Dalmatica, including its novelties. With specific reference to Chondrus   ? vidovichii, Savi   copied the Latin diagnosis and noted the lack of reproductive structures, and made reference to an illustration that does not appear in the acta. No holotype is designated, nor is there an iconotype that might serve as one.

In the Library of Natural and Environmental Sciences of the University of Pisa, Italy, we found numerous manuscript documents belonging to Meneghini, among them the original complete manuscript of the so-called Algologia Dalmatica, actually Alghe Dalmate, enumerate ed illustrate dal professor Giuseppe Meneghini ( Fig. 5 View Fig A–B), along with plates including his illustration of Chondrus   ? vidovichii   ( Fig 6 View Fig ). Unfortunately, the manuscript was never published.

Interestingly, in other documents there is evidence that: a) Meneghini received material from Dalmatia ( Croatia) collected either by Vidovich in Sebenico (Šibenik), by Sandri in Zara (Zadar), or by Stalio in Spalato (Split); b) Menegnini received material from Vidovich in July 1841 (including a Chondrus   ?); and c) Meneghini dedicated to Vidovich all the new species collected by him. Consequently, it can be inferred that the type material should have been collected by Vidovich in Sebenico in July 1841.

Finally, we found that the Herbarium Horti Botanici Pisani (PI) holds a number of Meneghini specimens. In a folder labelled “ 742. 4. Euhymenia dichotoma Kg.   ” is an envelope and three sheets numbered “11”. The envelope contains ten specimens of A. vidovichii   , three of them on numbered sheets (224, 778, 783). Two of the three sheets (upper and lower left) each have a fragment of the specimen drawn in the abovementioned plate ( Fig. 7 View Fig ). Consequently, we designate as type material of Chondrus   ? vidovichii

Meneghini the two fragments on two of the “11” sheets that were portions of the single specimen he illustrated in the unpublished figure accompanying his manuscript.

The DNA barcode region was generated for 15 samples from different Mediterranean localities, including the type area; the sequences are now lodged in BOLD and Genbank ( Table 1 View Table 1 ). Divergence among generated sequences ranged from 0–3 bp (0–0.53%), which is a typical level of within-species variation. 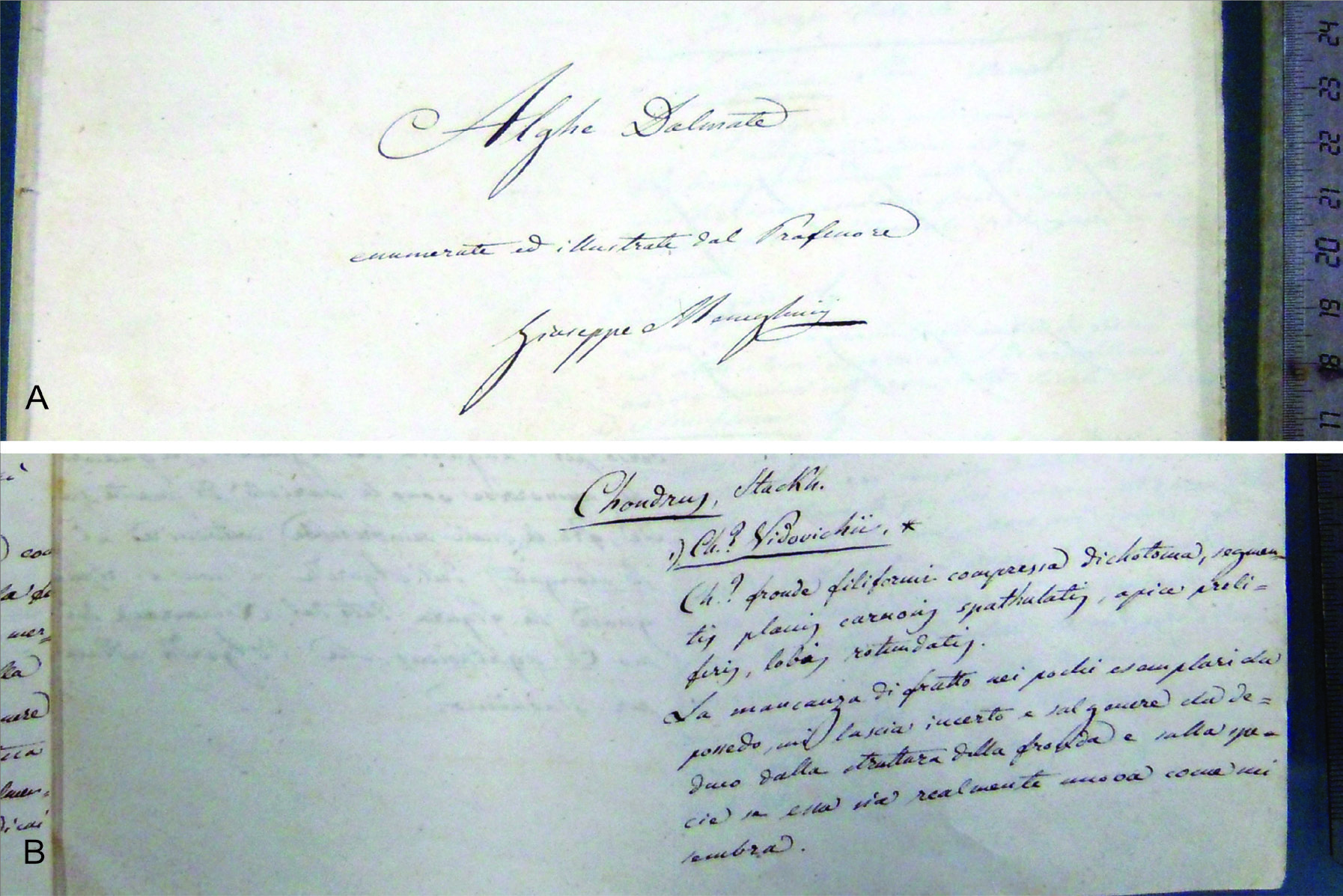 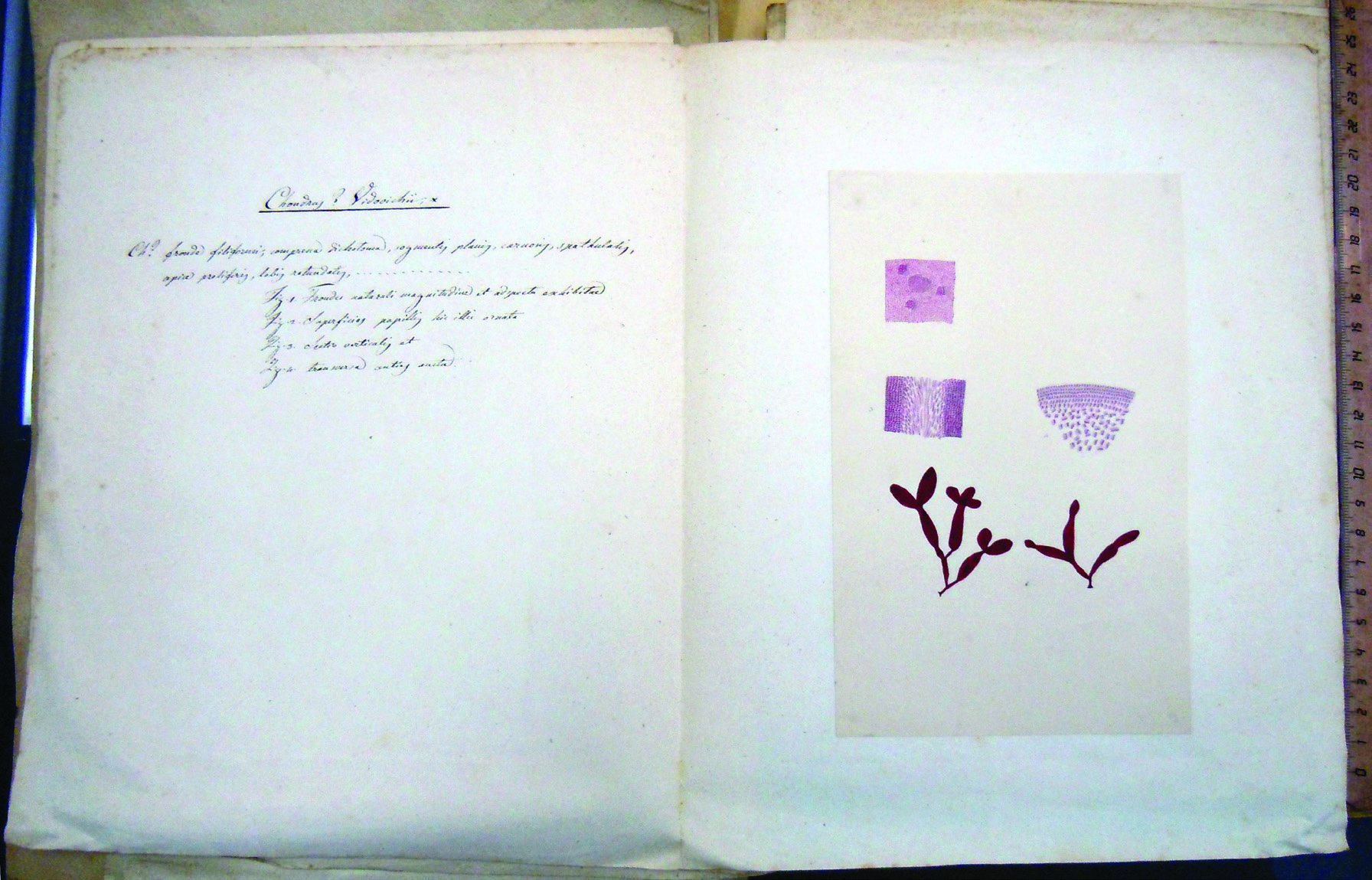 Fig. 8. ML phylogram inferred from the combined LSU-rbcL data by PhyML. Supports at nodes indicate bootstrap values (from PhyML and RaxML) and posterior probabilities inferred from Bayesian analysis. Generitype species are indicated in bold; concatenate sequences obtained from different samples for LSU and rbcL are indicated by “*”.