Sexual dimorphism. Except for the weak difference in the colouration (see above), the female differs from the male by the somewhat stouter body, less convex frons, very short, unicolorous antennae (reaching only mid-length of lateral pronotal margins when laid alongside), and significantly by the form of the prosternal process which is only weakly convex without the medial carina; anterior margin of prosternum of the same shape as in the male. The tarsomere 1 of the hind metatarsus of the female also relatively long but significantly shorter than the tarsomeres 2– 5.

Variability. No variability was observed except for the size and the slight sexual dichromatism.

Etymology. The specific epithet was derived from the Latin substantive “ antenna ” to stress the extraordinary length and the strange colouration of the male antennae.

Differential diagnosis. Agrilaxia (Agrilaxia) antennata  sp. nov. can be easily identified due to the very slender, black body, rather strongly convex frons, unusual shape of the prosternum (especially in the male), very long hind metatarsus and the extremely long, bicolorous male antennae. All these characters are quite unusual in the subgen. Agrilaxia  s. str. so this species cannot be confused with any species of Agrilaxia  of a similar shape and colouration. 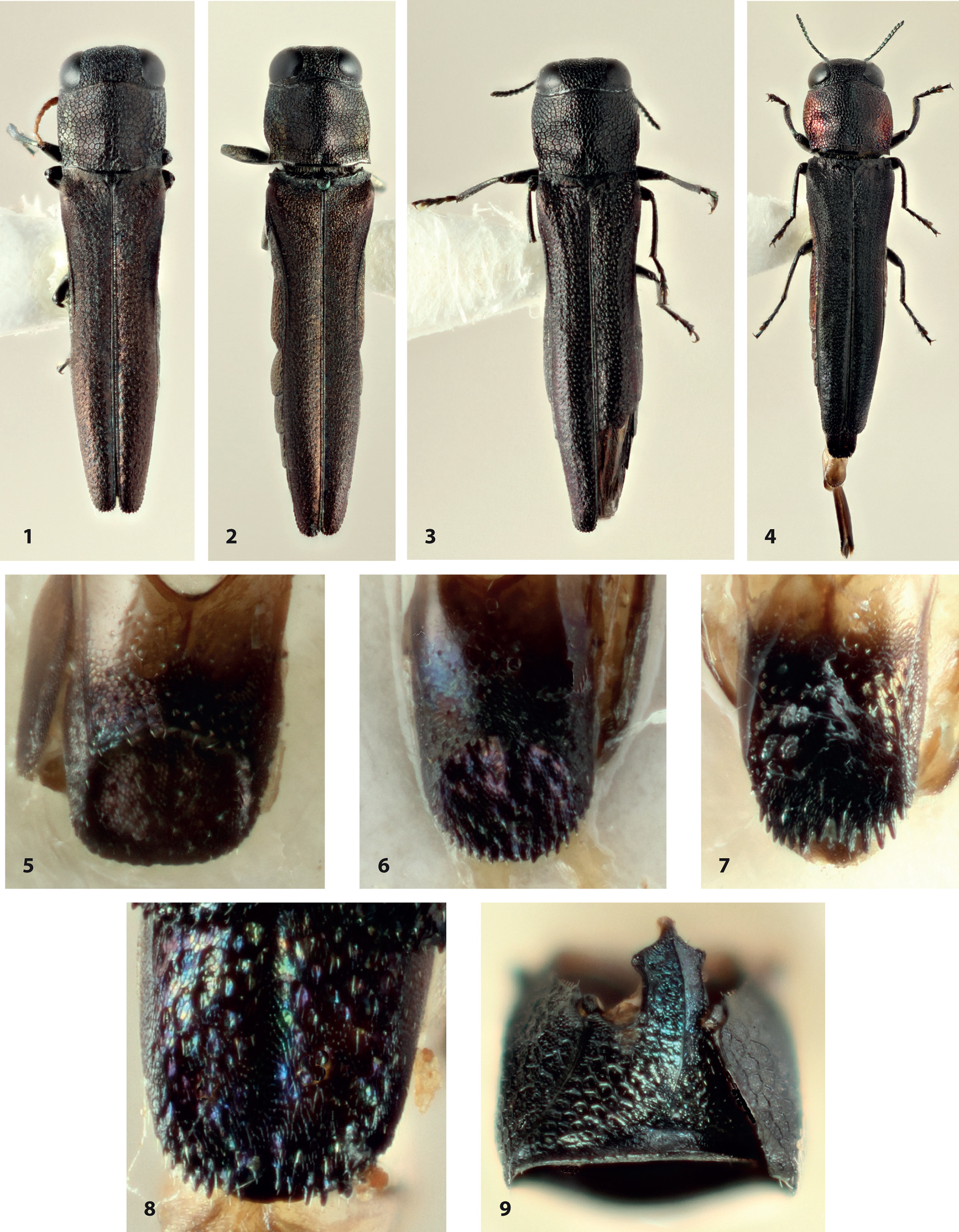 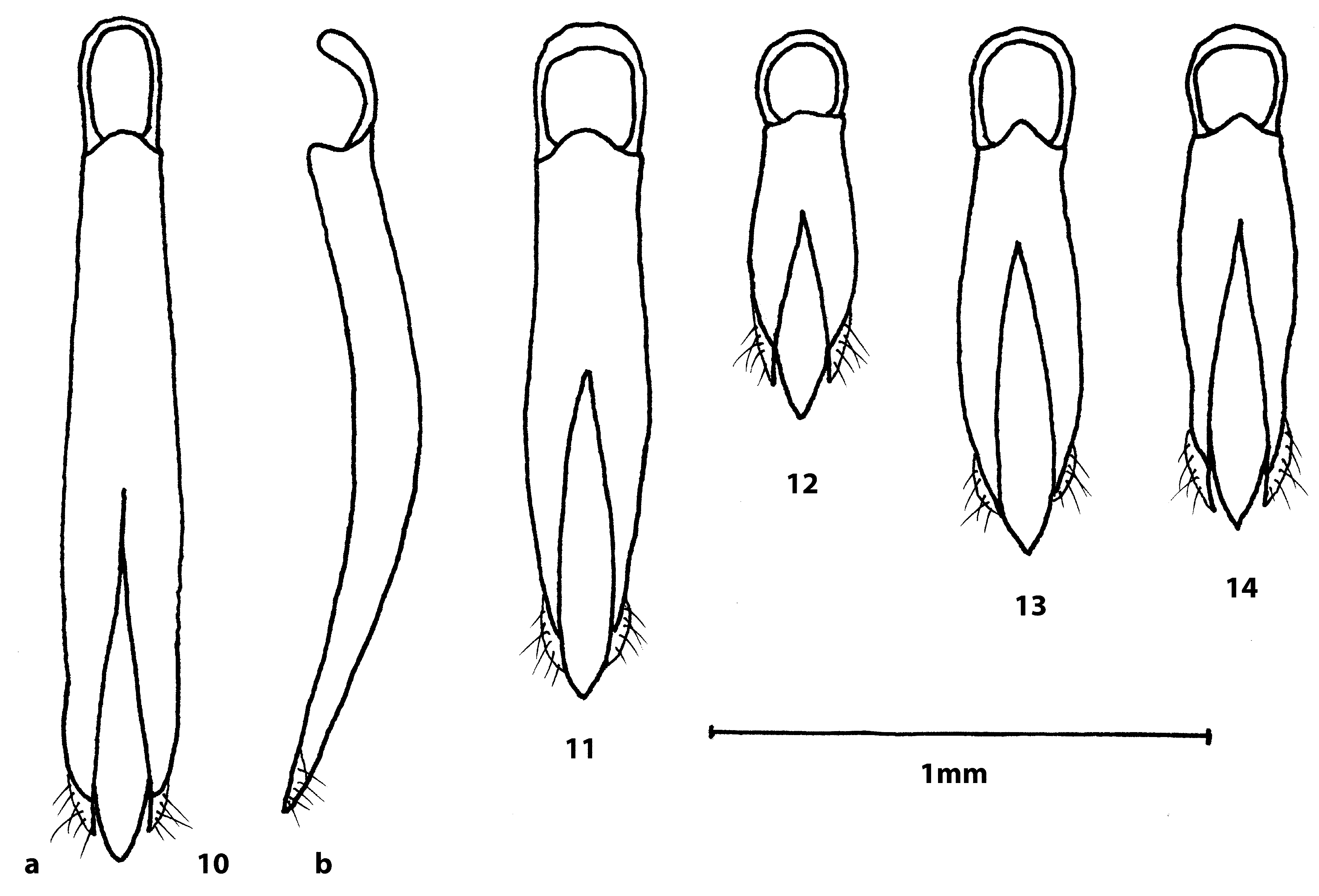