This is a small but distinctive group, comprising five known species. The distribution of the clade is centered in South America , but two species have penetrated as far north as Nicaragua and Costa Rica, respectively. Unlike most species in the P. ferrugineus  group, the ants of the P. goeldii  group are generalist inhabitants of dead twigs, and they have a timid demeanor.

Comments. Workers and queens of the Pseudomyrmex goeldii  group are superficially similar to those of the P. pallidus  group (as defined in Ward 1989), with which they share a laterally angulate median clypeal lobe and sparsity of standing pilosity on the body. In the P. pallidus  group, however, the frontal carinae do not form an anterodorsally elevated ridge that is directed forward onto the median clypeal lobe; instead the carinae are directed anterolaterally where they fuse with the antennal sclerites, as in most Pseudomyrmex  . In addition, in the P. pallidus  group the dorsal and declivitous faces of the propodeum usually round into one another, rather than meeting at an angle. The unusual configuration of the frontal carinae in the P. goeldii  group is also seen in the P. subtilissimus  group ( Ward 1989), but in this latter group the median clypeal lobe is laterally rounded, not angulate; the head is distinctly elongate (worker CI 0.56–0.73 versus 0.69–0.85 in the P. goeldii  group); and there is a characteristic pair of setae on the propodeum at the juncture of the dorsal and declivitous faces. 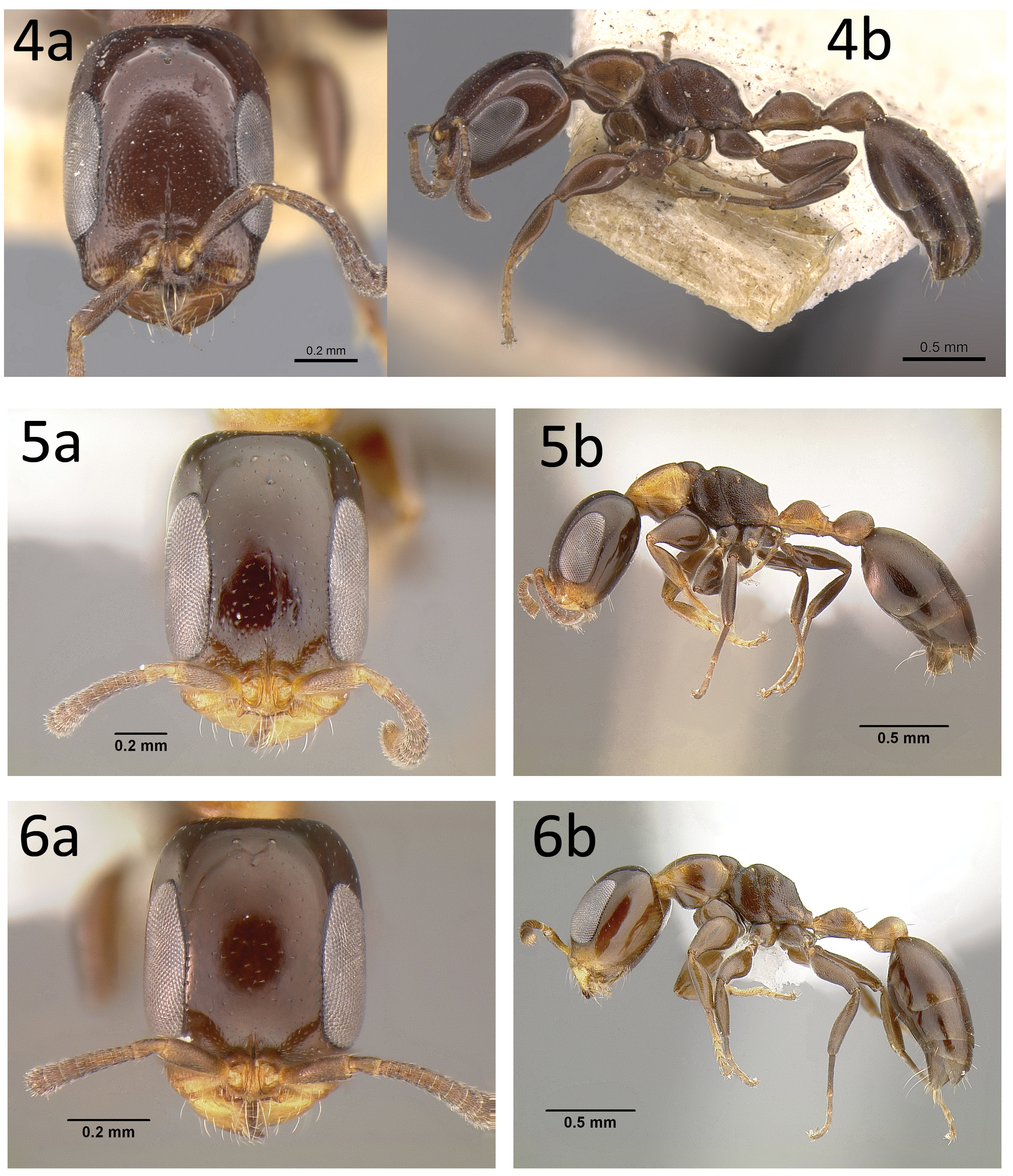