Tail robust, original, 100.1 mm in length, 7.4 mm in width at base, tapering to a point; dorsal scales at base of tail granular becoming flatter posteriorly; no median row of transversely enlarged, subcaudal scales; subcaudal scales much larger than dorsal caudal scales; one pair of paravertebral and dorsolateral tubercle rows on either side of midline; distance between paravertebral tubercle rows much greater than distance between paravertebral and adjacent dorsolateral rows; caudal tubercles decrease in size posteriorly, extending approximately one-half length of tail; three enlarged, postcloacal tubercles at base of tail on hemipenial swelling; all postcloacal scales flat, imbricate.

Variation. The paratypes closely approximate the holotype in all aspects of coloration suggesting sexual dimorphism is absent ( Fig. 4View FIGURE 4). ZRC 2.6748 is generally lighter in overall coloration and along with ZRC 2.6746, has slightly smaller, dark, dorsal blotches. The juveniles ( ZRC 2.6745, 2.6747) also approximate the holotype in coloration and thus ontogenetic change in color pattern is apparently absent unlike many other species of Cyrtodactylus  ( Fig. 3View FIGURE 3). Females lack precloacal and femoral pores. Meristic differences are shown in Table 2.

Distribution. Cyrtodactylus batucolus  is known only from Pulau Besar, Melaka which lies approximately 5 km off the coast of southern Melaka along the southwestern coastline of Peninsular Malaysia ( Fig. 1View FIGURE 1). This species is expected to be found on some of the other seven satellite islands of the Water Islands Archipelago that have similar, suitable, rocky habitat.

Natural history. Pulau Besar is the largest and centrally located island in the Water Islands Archipelago, extending approximately 2 km in length but not reaching more than 150 m in elevation. Although the island is composed of granitic bedrock which manifests itself in numerous, large, boulder outcrops, virtually no undisturbed forest remains. The vast majority of the island’s interior is now a golf course and its forested periphery is composed of degraded coastal vegetation. A small, elevated section toward the center of the island supports highly disturbed coastal forest. Nonetheless, the extensive boulder outcroppings provide ample microhabitat for Cyrtodactylus batucolus  . All lizards were observed at night between 2030 and 0 200 hrs and the vast majority were found on boulders that had cracks or exfoliations into which they could escape. Occasionally, lizards were found on the sides of large trees, in small rocky areas, at the ocean’s edge, or on the sides of cement buildings. This species is ubiquitous in distribution across the island so long as rocks with cracks and exfoliations are nearby regardless of the condition of the forest. A similar situation was noted for the gekkonid Cnemaspis biocellata  in that it also occurs in a variety of disturbed habitats so long as its karst microhabitat is intact (Grismer et al. 2008 a).

Cyrtodactylus batucolus  was observed to be highly syntopic with Gecko monarchus. These two species are so similar in coloration, overall body stature and behavior, we often had to look at the toes to determine which species we had in hand (expanded toes in G. monarchus and slender toes in C. batucolus  ). This would suggest that the microhabitat environment provided by these rock outcroppings is sufficiently rich in resources to allow these species to co-exist in syntopy. Hemidactylus frenatus  was only occasionally seen on the rocks where these two geckos were present.

Etymology. The specific epithet batucolus  comes from the Malaysian word batu meaning rock and the Latin suffix colo meaning to inhabit or to dwell in.

Remarks. We believe the close phenetic similarity between Cyrtodactylus batucolus  and C. seribuatensis  and their major, morphological departure form all other Sunda Shelf species of Cyrtodactylus  is due to recency of common ancestry via parallel evolution and not convergence. Both species occur at the same latitude on small, rocky, shallow water, landbridge islands on opposite sides of the Malay Peninsula which were isolated from the peninsular at the same time during the last glacial melt 8–12 thousand years ago ( Voris 2000). Either the peninsular ancestor of these species went extinct or it has not yet been discovered (see below). 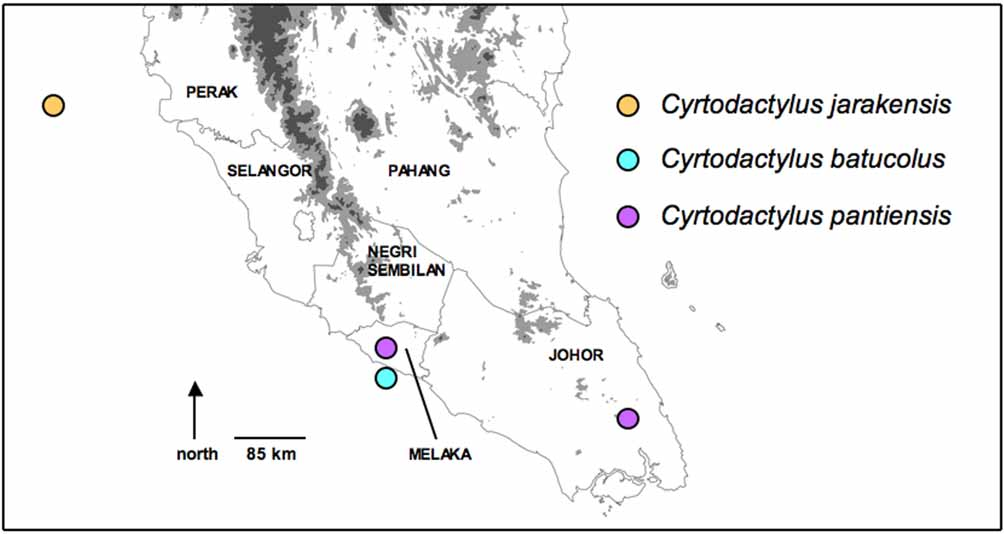 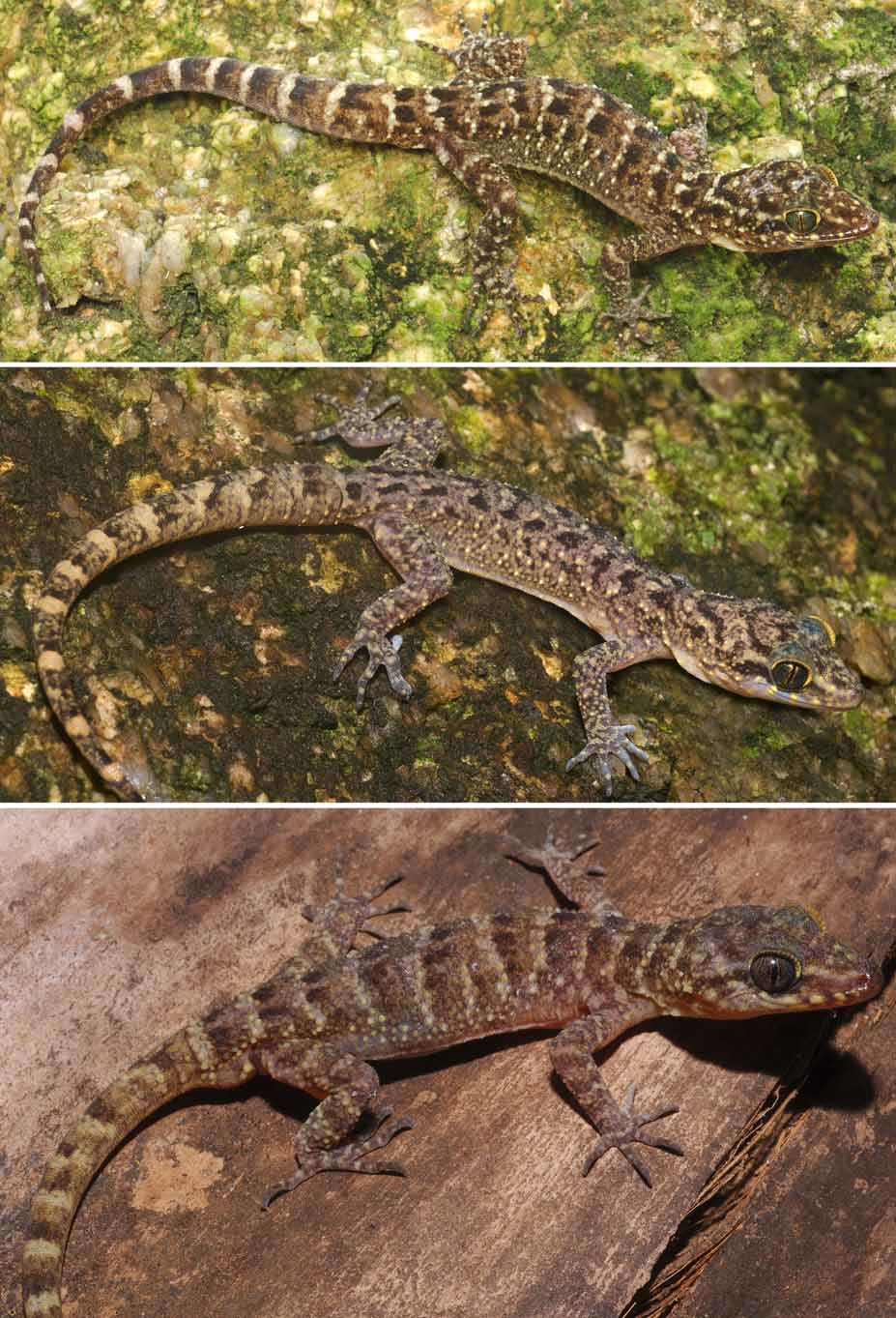