Diagnosis. Cyrtodactylus pantiensis  is distinguished from all other Sunda Shelf species by having a maximum SVL of 77.2 mm; moderately sized, conical, keeled, body tubercles; tubercles occurring on the occiput, forelimbs, hind limbs, and beyond base of tail; 40–45 ventral scales; no transversely enlarged, median subcaudal scales; proximal subdigital lamellae transversely expanded; 22 or 23 subdigital lamellae on fourth toe; abrupt transition between postfemoral and ventral femoral scales; no enlarged femoral and precloacal scales; no femoral pores; eight or nine precloacal pores not separated by intervening scales lacking pores; no precloacal groove or depression; paired, dark, semilunar-shaped blotches on upper nape prominently outlined in light yellow; no wide, dark, ventrolateral stripes on flanks confluent with a wide, dark, postorbital stripe; no white reticulum on head; dark blotches on body. These characters are summarized across all Sunda Shelf species in Table 1.

Tail moderate, 86.0 mm in length, tapering to a point, posterior 25.6 mm regenerated, 7.4 mm in width at base; dorsal scales of base of tail granular becoming flatter posteriorly; no median row of transversely enlarged, subcaudal scales on original portion of tail; subcaudal scales larger than dorsal caudal scales; one pair of paravertebral and dorsolateral tubercle rows on either side of midline; paravertebral tubercle rows not widely separated; caudal tubercles decrease in size posteriorly, extending approximately one-fifth length of tail; one enlarged, postcloacal tubercle at base of tail on hemipenial swelling; all postcloacal scales flat.

Variation. The paratypes closely approximate the holotype in all aspects coloration suggesting sexual dimorphism is absent ( Figs. 7View FIGURE 7, 8View FIGURE 8). The dark, dorsal, markings of the paratypes are more paired than alternating. LSUHC 8904 has only small tubercles on its forelimbs. Females ( ZRC 2.6751-52) lack precloacal pores. Meristic differences are shown in Table 3.

Natural history. Bunker Trail lies within the boundaries of the Gunung Panti Forest Reserve in central Johor near the base of Gunung Panti ( Fig. 1View FIGURE 1). The habitat is primarily lowland dipterocarp forest but because it lies on the edge of an extensive peat swamp forest associated with the confluence of the Sungai Sedili Besar and Sungai Dohol and their smaller tributaries, the substrate is wet for a significant portion of the year and there are several small streams that drain into the two major rivers. Along one of these streams, Cyrtodactylus pantiensis  was quite common but difficult to catch. We observed nine specimens and all but one were perched within root tangles at the edge of the stream ( Fig. 9View FIGURE 9) or on the ground less than 1 m away from root tangles. Lizards would retreat rapidly into the root tangles upon our approach and were difficult to extract. Some lizards would be on root tangles suspended over the water. One specimen jumped off a small branch 2 m above the water, landed just over 2 m from the shore, and ran across the surface of the water to escape into the nearest root tangle. In two nights of searching, no specimens were seen in the nearby forest, only along the water’s edge. We did find several C. semenanjungesis  in the nearby forest and even one specimen in a root tangle at the water’s edge. The furthest away from the water’s edge we found C. pantiensis  was less than 1 m. From this we conclude C. pantiensis  is strictly a riparian species.

Etymology. The specific epithet pantiensis  refers to the type locality being within the Gunung Panti Forest Reserve.

Comparisons. Cyrtodactylus pantiensis  is readily differentiable from all other Sunda Shelf species of Cyrtodactylus  on the basis of color pattern and morphology ( Table 1). It is most similar to C. quadrivirgatus  , a species that is common in southern Peninsular Malaysia ( Grismer & Pan 2008; Wood et al. 2008). However it differs from C. quadrivirgatus  in lacking greatly enlarged rows of femoral scales in males ( Fig. 6View FIGURE 6); having fewer precloacal pores (eight or nine vs. 0–4); having more subdigital lamellae (22 or 23 vs. 19 or 20); having paired, semilunar-shaped, dark blotches edged in ground color on the upper portion of the nape as opposed to the lack of such blotches in C. quadrivirgatus  ; never having wide, dark, postorbital stripes extending posteriorly past the axillary pockets as opposed to having such stripes in C. quadrivirgatus  ( Fig. 8View FIGURE 8); and having dense speckling in the ground color as opposed to a generally immaculate ground color as in C. quadrivirgatus  ( Fig. 8View FIGURE 8). One specimen (HC 265) collected on 31 March 2008 by CKO from vegetation in a swampy area of the Sungai Undang Forest Reserve, Melaka, approximately 197 km to the west of Bunker Trail in Johor, is similar to C. patiensis  in all aspects of coloration and morphology except for having fewer (19) subdigital lamellae. We tentatively consider this specimen C. pantiensis  and await the acquisition of additional material. 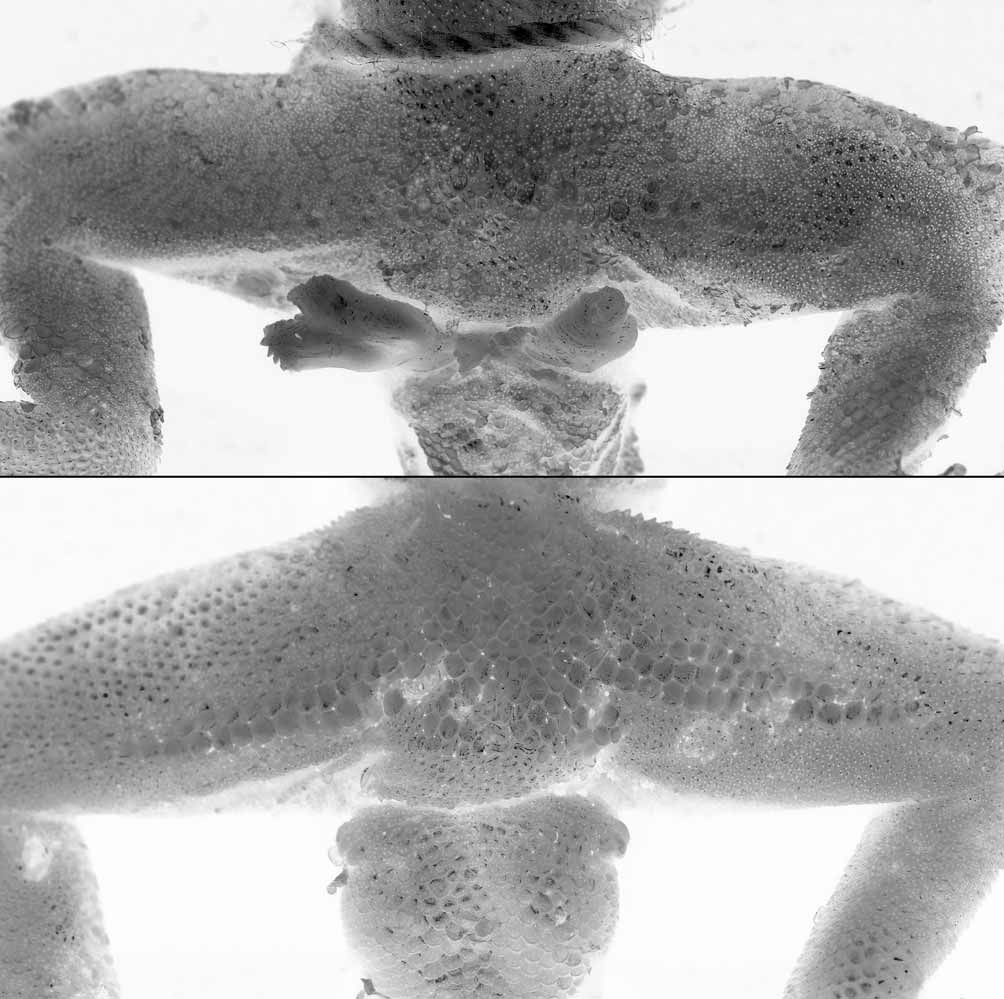 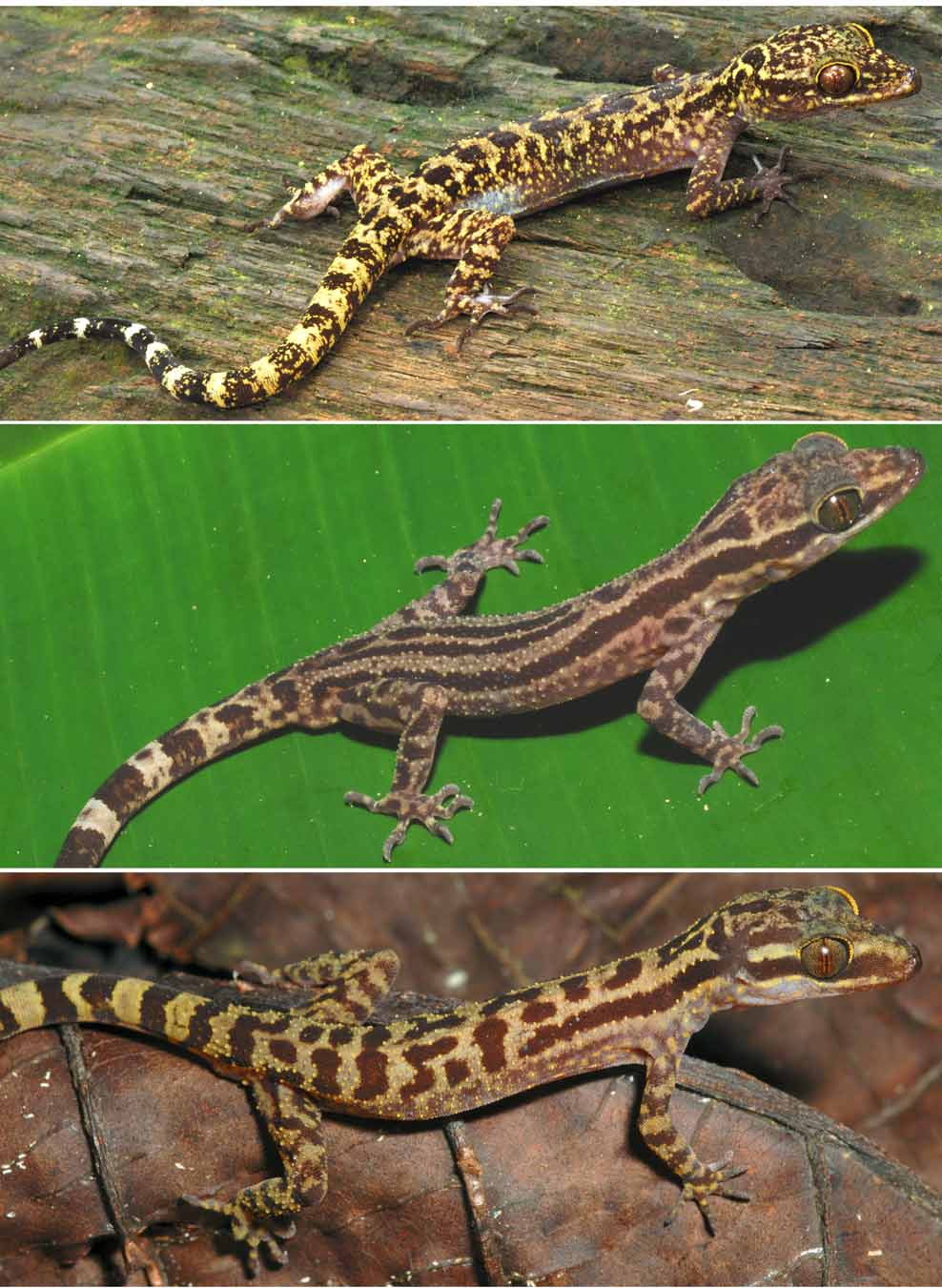 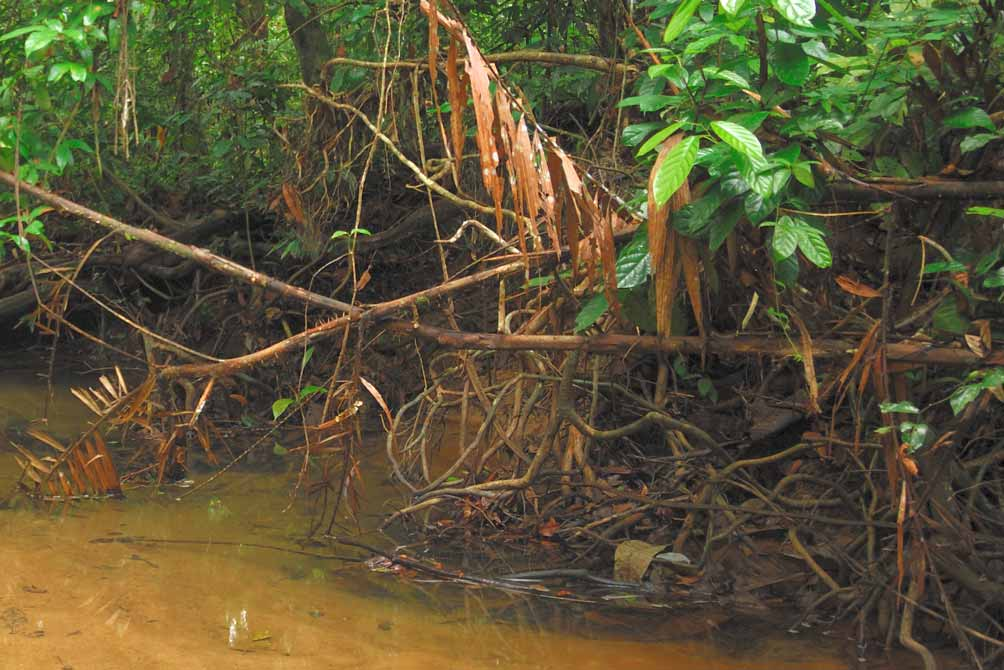 TABLE 3. Meristic data for the type series of Cyrtodactylus pantiensis.