Remarks. Efferia forbesi  is distinguished from congeners by the brownish-yellow tomentum of the body, slightly to moderately dilated costa, only segments 6 and 7 are white tomentose, the long pale or black setae along the apical margin of sternites 7 and 8 which extend forward partially covering the black setae of the gonocoxa, produced apical margin of sternite 8, and in the characters of the terminalia ( Figs. 97–102View FIGURES 97–102). Though similar to E. portoricensis  , it is further distinguished from that species by the several, often numerous, black setae on the apical 1/3–1/2 of the palps, black setose antennae, and the anterior scutal and scutellar setae are longer that the scape and pedicel combined. The male of E. forbesi  is further distinguished from E. stylata  by the mostly whitish setose palpi and the longer scutal and scutellar setae.

Curran distinguished Efferia forbesi  by the extensive white setae along the margin of the gonocoxite, and his figure suggests that the setae are unusually short. However, the setae is usually black, at most sparse and scattered pale setae, and is always long. The long pale setae on sternites 7–8 ( Fig. 97View FIGURES 97–102) are usually present in specimens from southeastern Puerto Rico and the Virgin Islands but usually absent from other parts of Puerto Rico. The male terminalia in both localities are identical.

Etymology. Latin montensis  , from the mountains, refers to the fact that the material were collected in montane areas in Puerto Rico.

Remarks. The large robust body, yellow and brownish-yellow tomentum of the body, yellow facial setae, and unique terminalia distinguish E. montensis  ( Figs. 103–108View FIGURES 103–108). The male is further characterized by 3 white tomentose abdominal segments, slightly dilated costal margin of the wing, the spike-like apical process of the epandrium, the long gonostylus and gonocoxa, the capitate gonostylus, and long ovipositor which is subequal to the apical 4 abdominal segments. The female is further distinguished by the spherical spermatheca, and short, wide ovipositor. 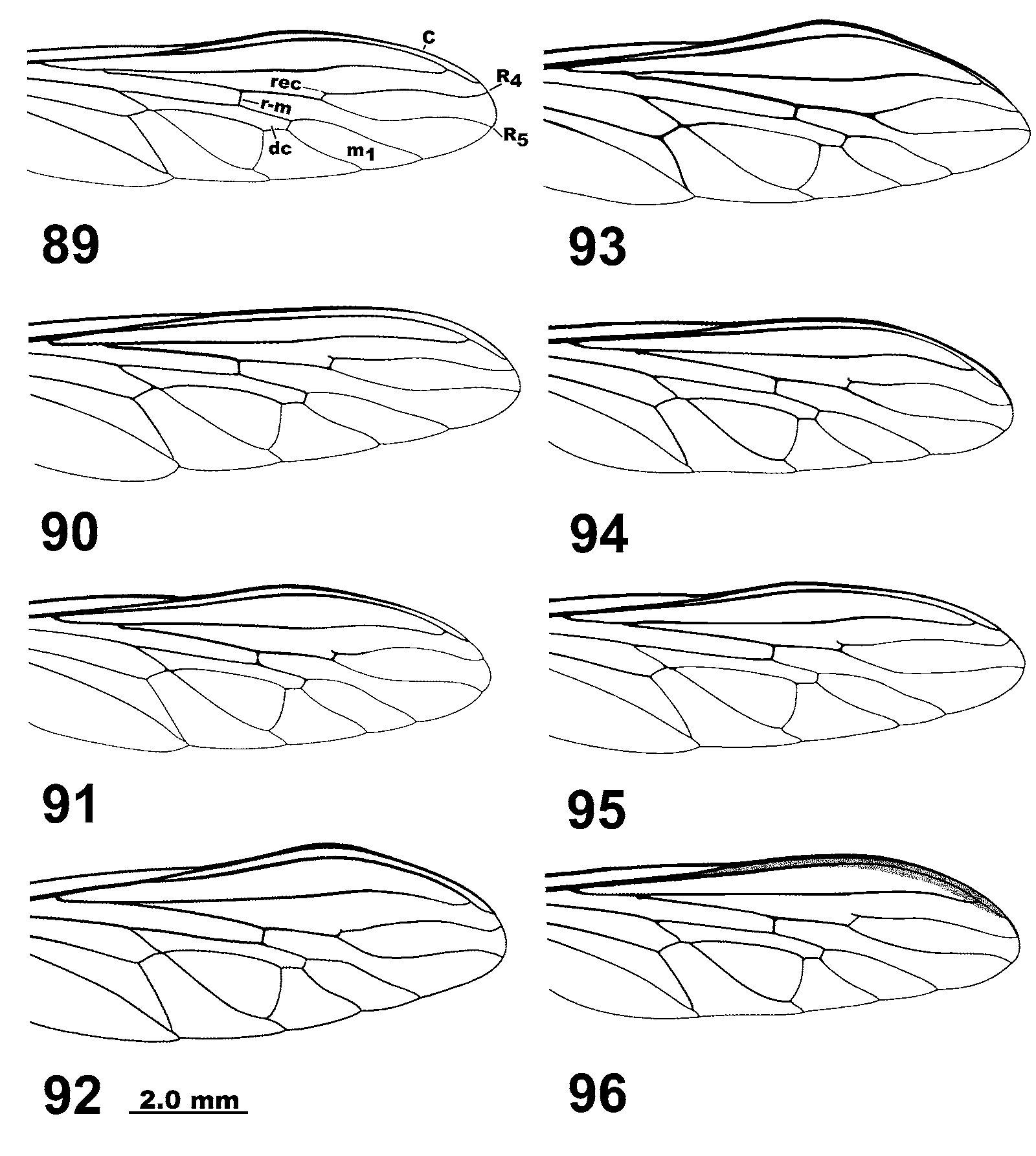 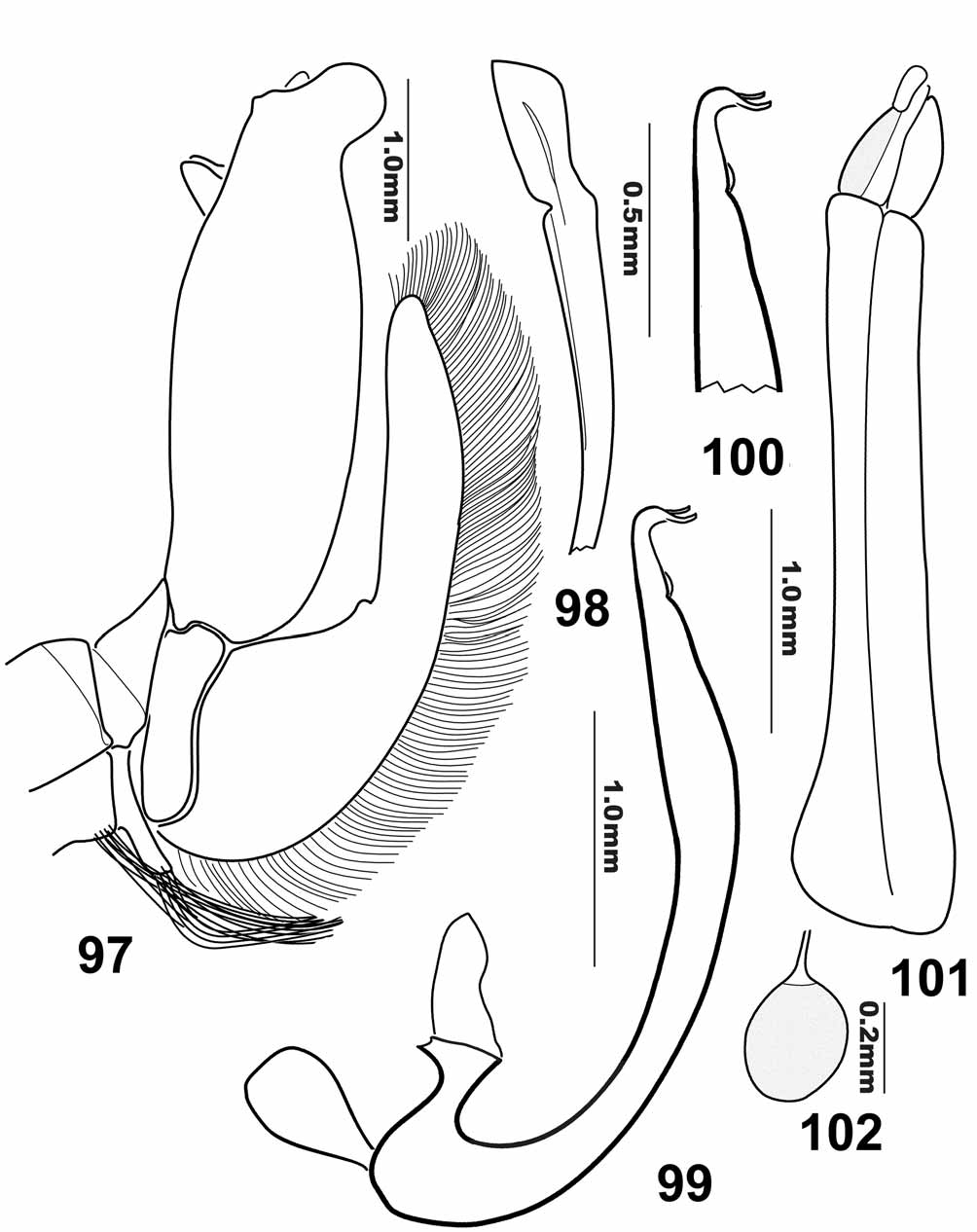