Distribution. Dominican Republic: Independencia, Peravia, San Juan, and Santiago provinces. Active at 97 to 440 meters in elevation during May and July.

Etymology. Latin sinuosa  , referring to the deep lobe or sinus on the apex of the gonocoxa.

Remarks. Efferia sinuosa  is distinguished by the black bristles confined to the middle of the face, white setose palpi, anterior scutal setae about as long as the scape, scutellar setae longer than the scape and pedicel combined, scutellar bristles thin only slightly thicker than setae; wing brownish, especially bordering veins, costal cell and narrowly below R1 black microtrichose, base of cell r4 angular, R4 recurrent vein short, about 1/ 3–1/2 as long as diameter of cell, and the combined characters of the terminalia ( Figs. 64–69View FIGURES 64–69). The male is further distinguished by the absence of a costal dilation, and segments 6–7 white tomentose. The female is further distinguished by the wide black [atomentose] margin of segment 8 and the mostly or entirely black sternite 8, only the narrow base is sometimes grayish tomentose. 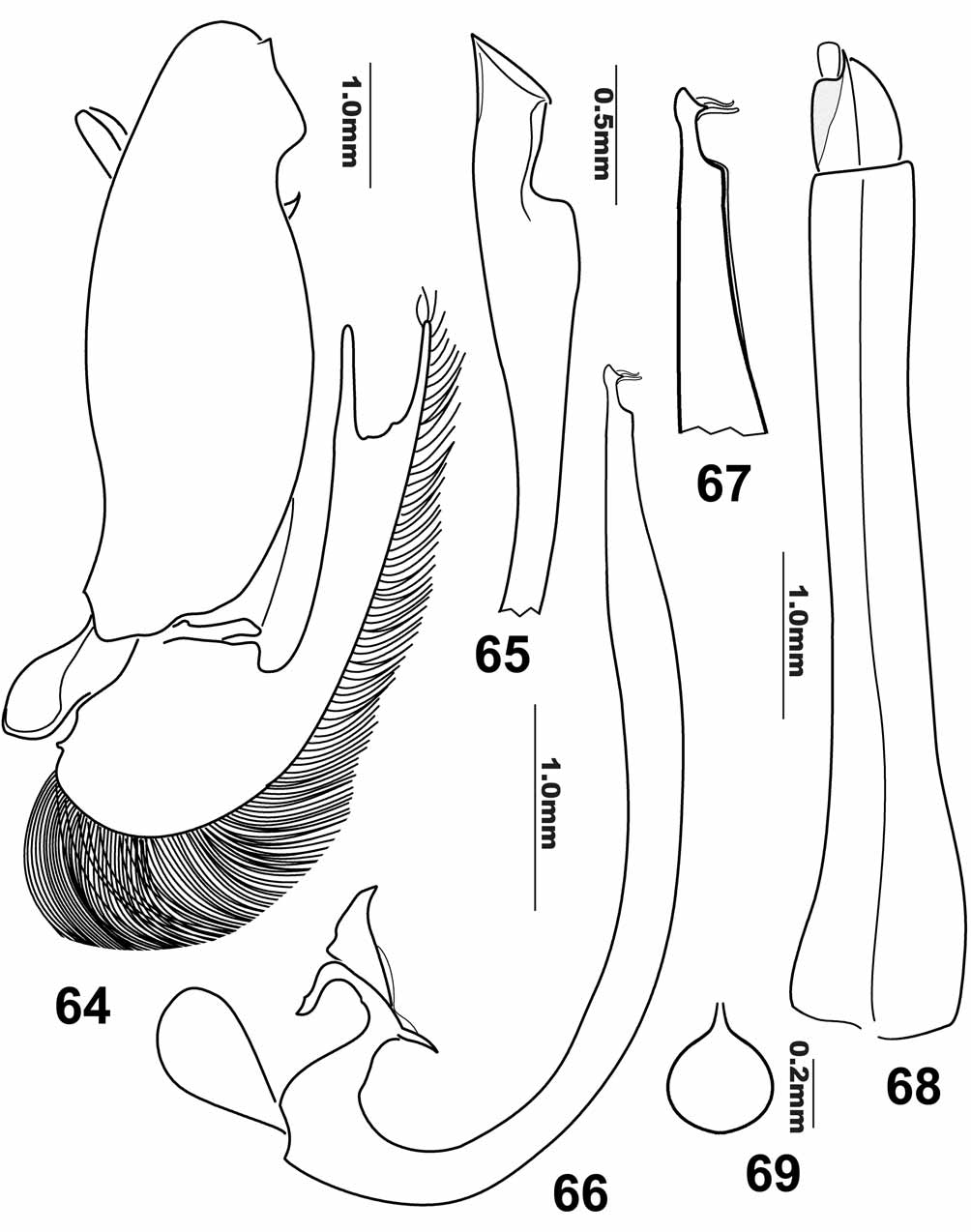