Etymology. Latin incisura  , for notch, referring to the long notch or emargination on the dorsoposterior margin of the epandrium.

Remarks. Efferia incisura  is distinguished by the long scutal and scutellar setae being as long or longer than the scape, and the characters of the terminalia ( Figs. 46–51View FIGURES 46–51). Additionally, the male is recognized by the mostly white setose palpi, absence of a costal dilation, and the white tomentose abdominal segments 6–7. The female is further distinguished by the long R4 recurrent vein, mostly black setose palpi, and the wide tomentose sides of tergite 7. 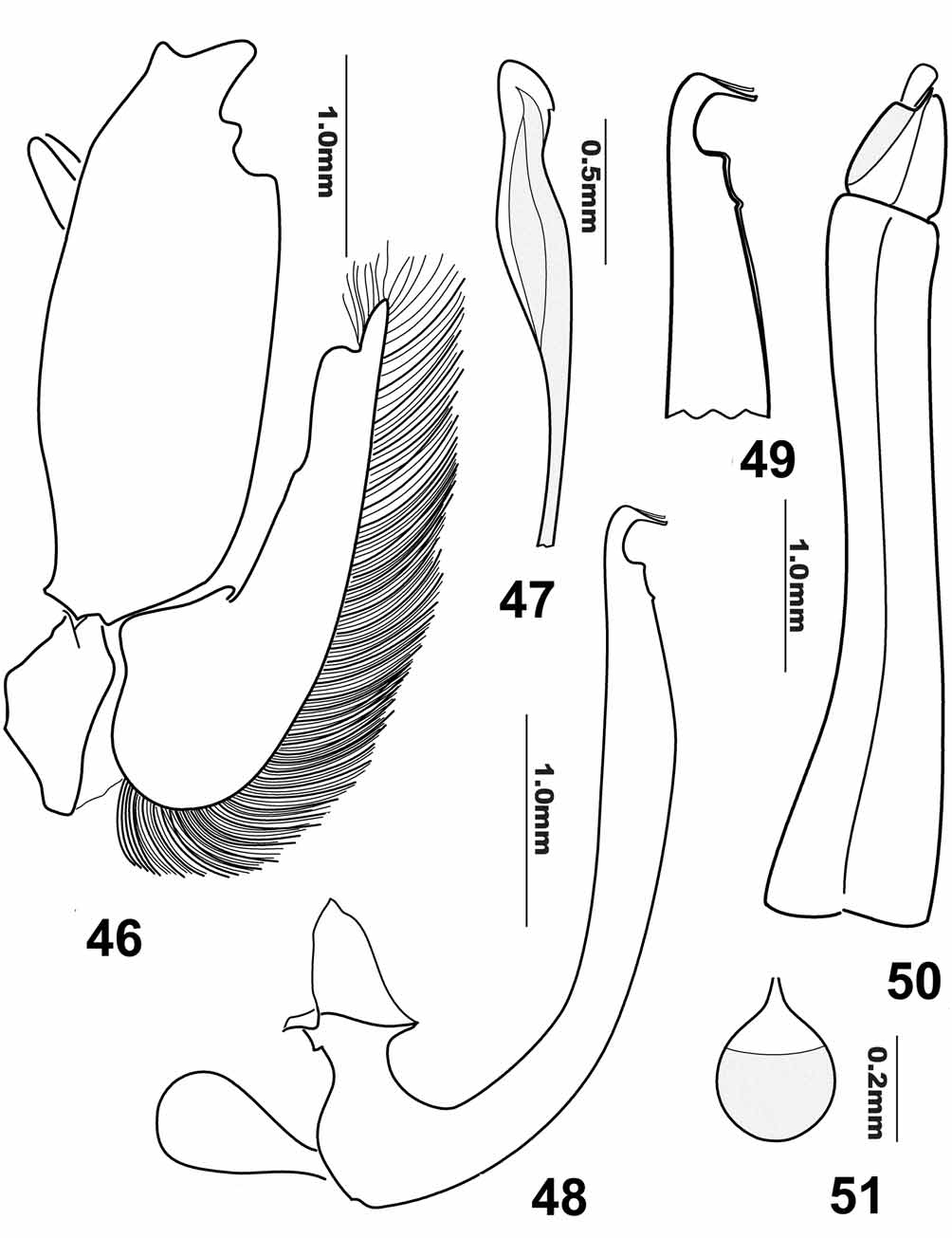