Bionomy. The holotype was reared from Acacia senegal   ( Fabaceae   ).

Etymology. Named after the country of the origin, Mauritania.

Differential diagnosis. Brachelytrium (B.) mauritanicum   sp. nov. stands close to B. (B.) tanzaniense Bílý & Bellamy, 2000   and differs from it (except for the distribution) by a smaller, more slender, lustrous body, small, sharp central grains on the pronotum (large, flat grains in B. (B.) tanzaniense   ) and by the finer elytral sculpture. Brachelytrium (B.) mauritanicum   sp. nov. resembles very much the nearly sympatric B. (B.) beninense   sp. nov. from which it differs by having a finer and denser frontal ocellation, narrower pronotum, wider pronotal ocellation which is longitudinally prolonged along the lateral margins, a smaller and lustrous, purple scutellum and by the sparser but rougher elytral sculpture; B. (B.) beninense   sp. nov. also possesses more distinct elytral depressions. 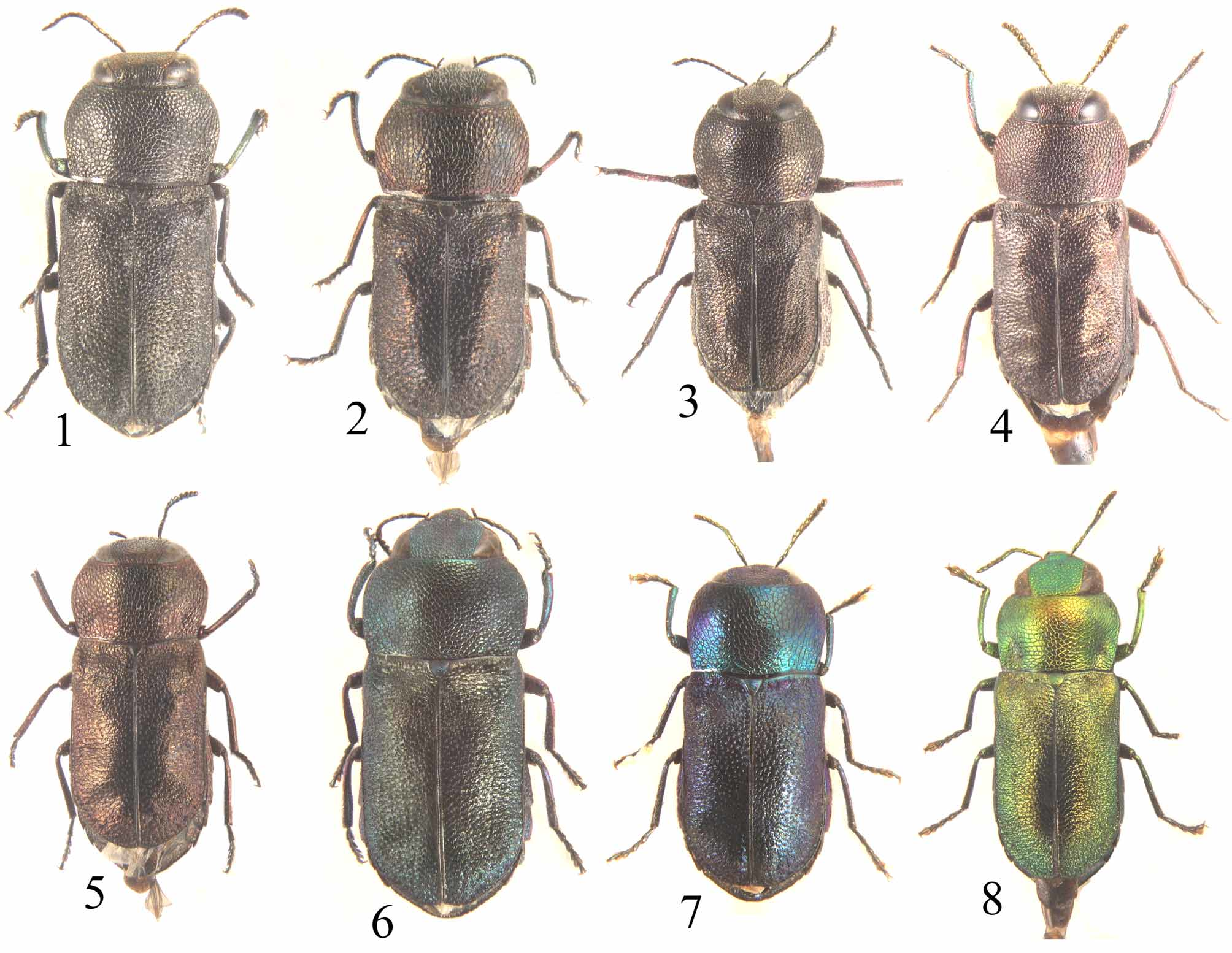