Variation. Base of peduncle of metafemora dark brown.

Etymology. The specific epithet ecuadorensis refers to the country where the types were collected.

Remarks. According to Clarke (2011): “separation of the genus Paraeclipta from the genus Eclipta Bates, 1873 is justified by comparing it with the type-species, Eclipta flavicollis Bates, 1873 , as follows: … antennae usually clubbed, basal segments relatively weakly and sparsely setose (in E. flavicollis not clubbed, basal segments strongly and densely setose); prothorax cylindrical, pronotum with dense, alveolate punctures (in E. flavicollis prothorax subglobose, pronotum densely micro-punctate); elytra long, at least 3.4 longer than width of humeri, usually reaching urosternite IV or V (in E. flavicollis elytra short, three times longer than width of humeri, reaching middle of urosternite III), not dehiscent, and elytron widening close to apex (in E. flavicollis strongly dehiscent for apical half, and elytron subacuminate); … metatarsomere I equal to II+III (in E. flavicollis longer than II-IV together).” The new species has some features of both genera: the antennae, shape of prothorax and length of metatarsomere I are as on E. flavicollis . However, the elytra (shape and length) and the pronotal sculpture are as in the type species of Paraeclipta ( P. croceicornis (Gounelle, 1911)) . 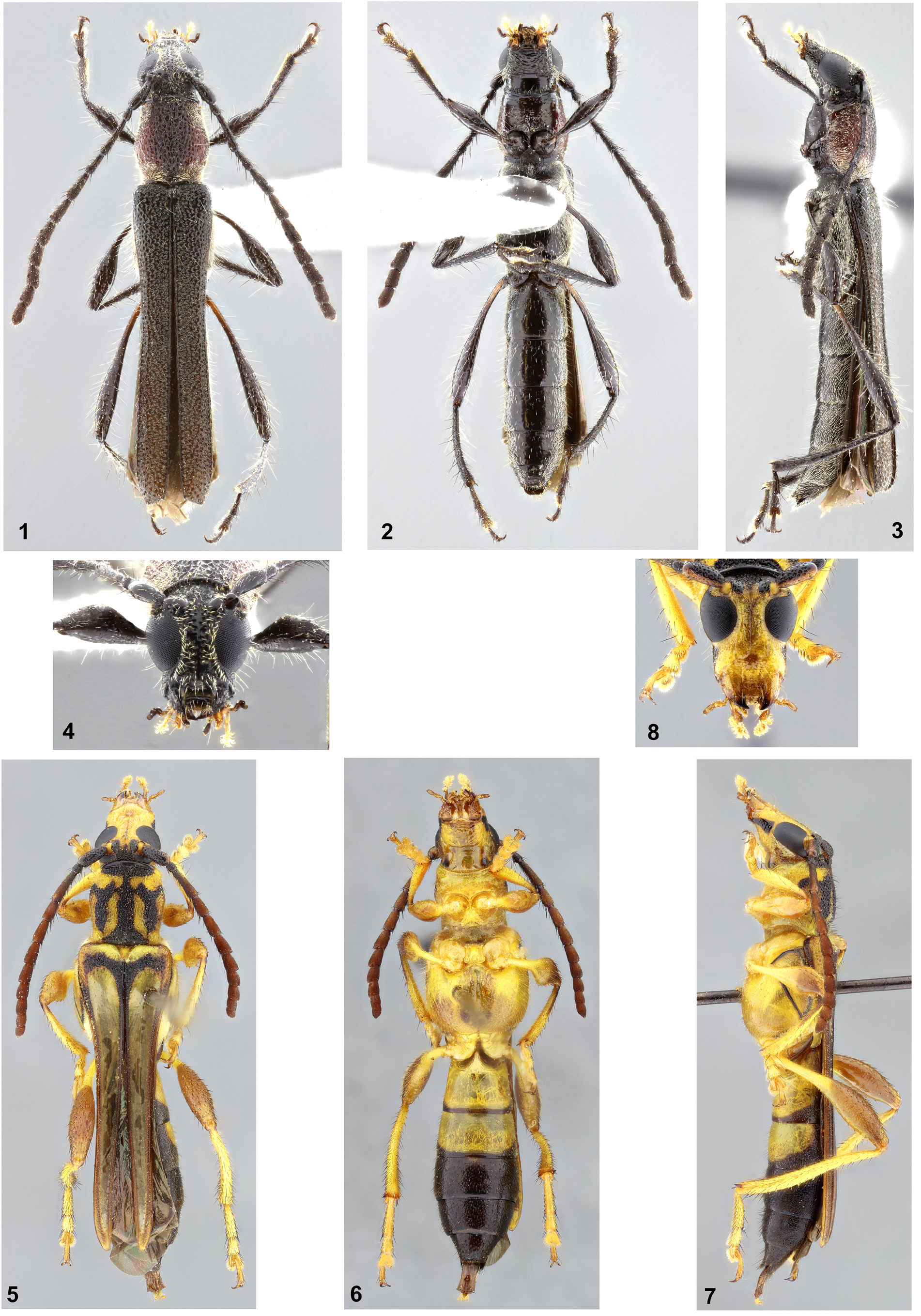