Remarks. Megalomma roulei was described originally as Branchiomma from Payta ( Peru); however, the original description is brief, lacking diagnostic features and illustrations. Eyes, chaetae and uncini were figured in Gravier 1909: Pl. X, Figs 70–77. Hartman (1969) recorded the species from Corona del Mar, southern California, but her diagnosis is a translation of original description by Gravier (1908), illustrations were redrawn from Gravier, 1909 and her material was not located at LACM in order to confirm identification. At the end of her diagnosis (pp. 710) she stated that “The record from California may refer to Megalomma pigmentum , if it is show that the oculate radioles have short, instead of long free tips”. During 2009, the first author (MAT-H) visited the MCZ where types were not found. 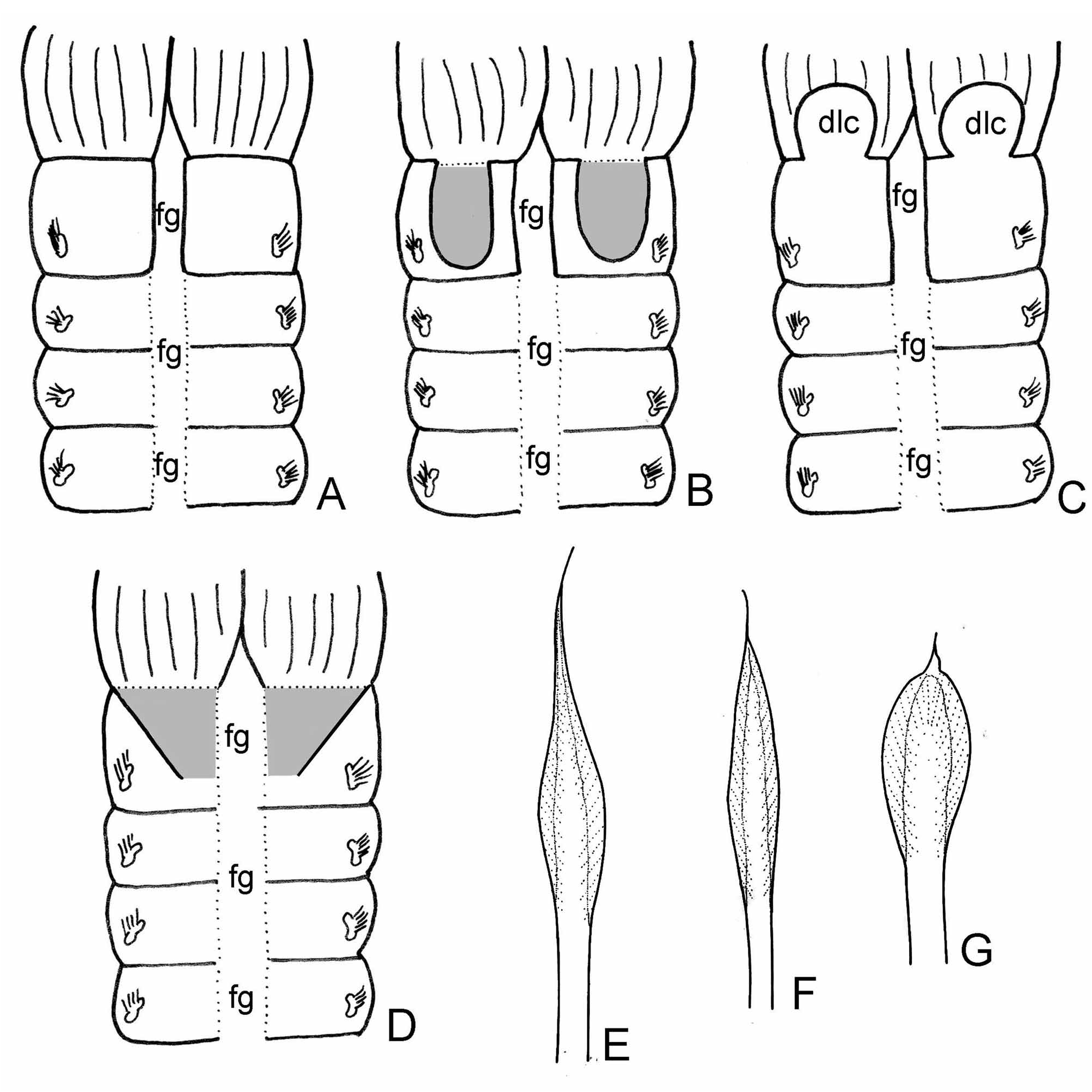 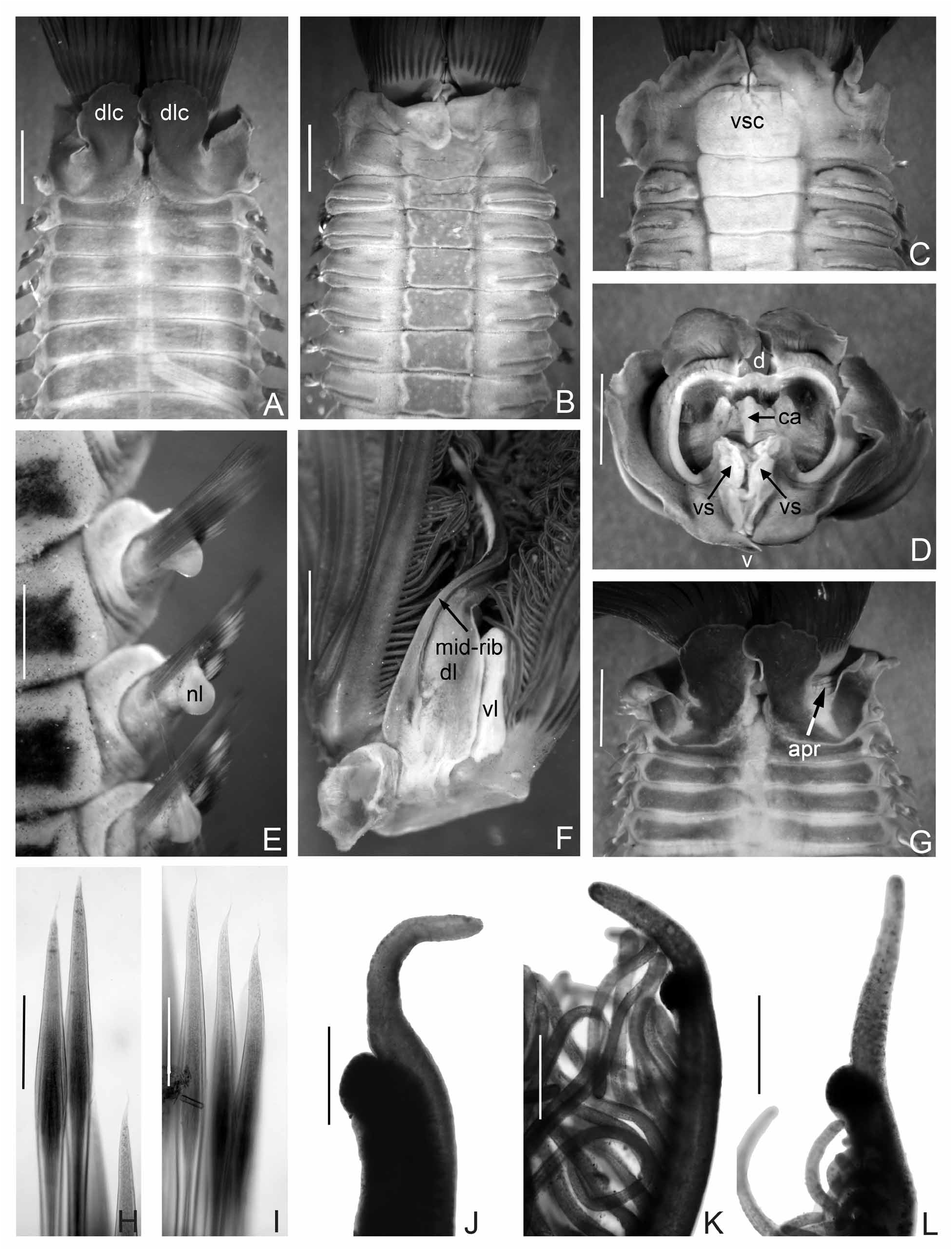 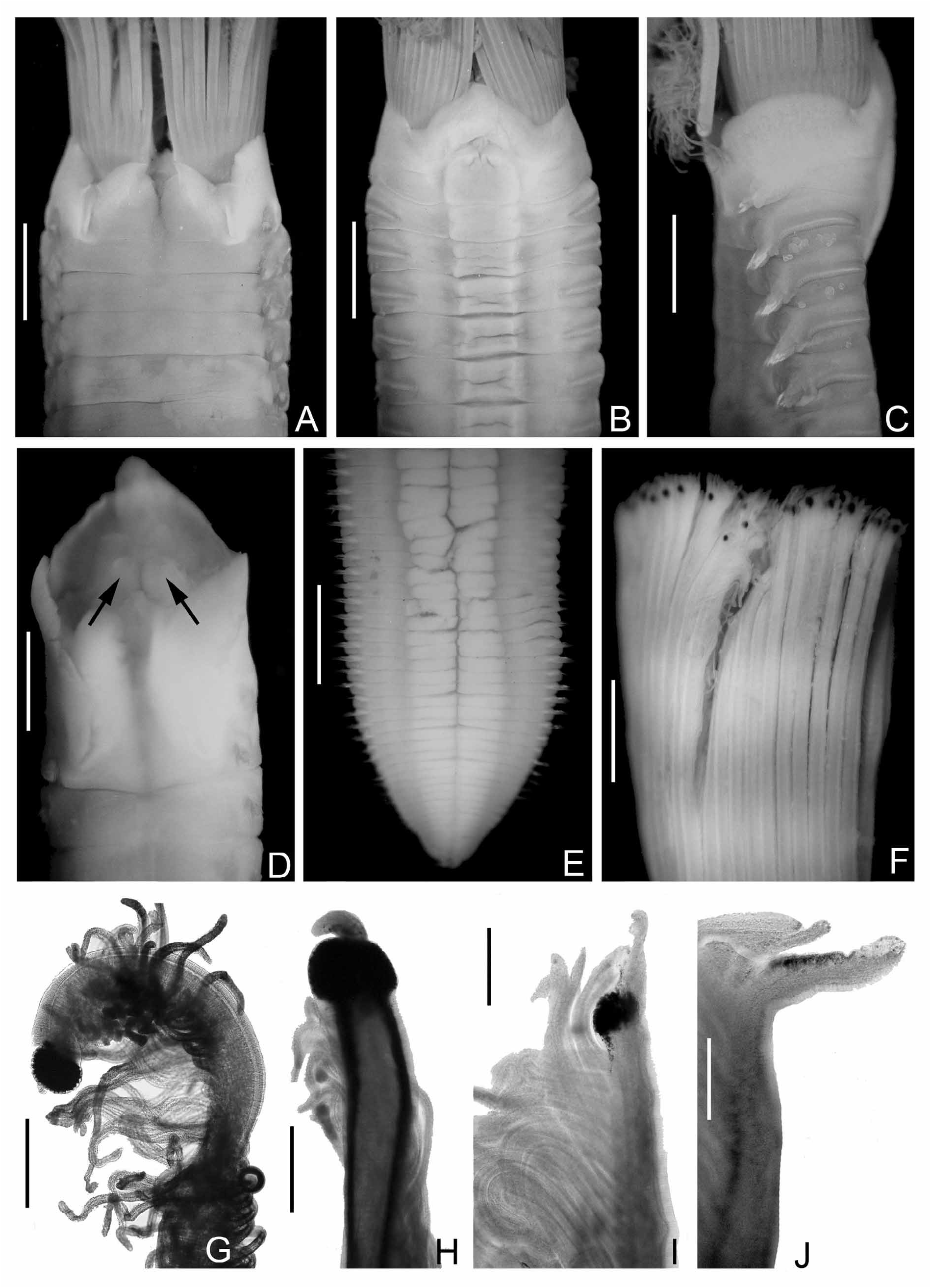