The decision to re-establish C. glauca subsp. tenuiflora  at the species level is supported by morphological and geographical evidence. The data obtained from the specimens studied by the authors, and those seen online via the Chinese Virtual Herbarium, shows the morphological differences between C. glauca subsp. glauca  and C. glauca subsp. tenuiflora  to be sufficiently great to merit recognition of two distinct species. The characters that most clearly separate the two species are highlighted in bold in Table 1. 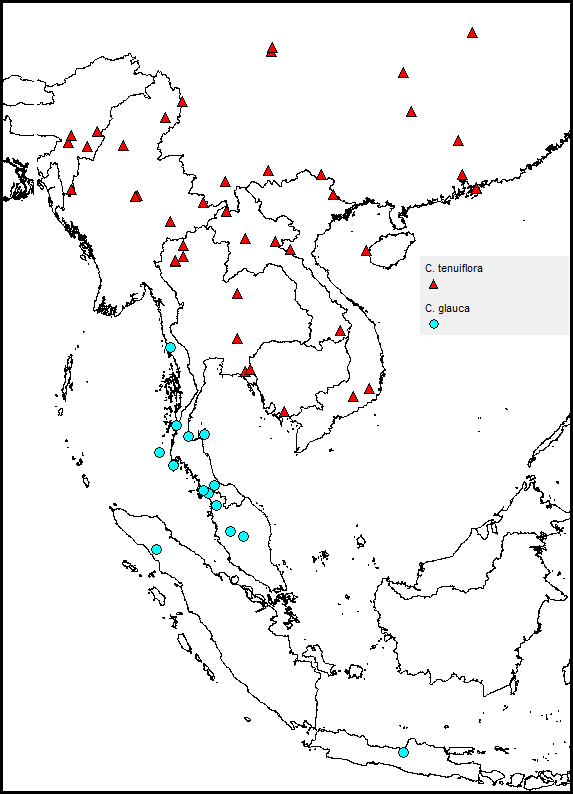