Eyes ( Fig. 2 View FIGURE 2 A, B) broadly fused with faint median notch, lacking setae on anterior surface, clearly separated from ventral surface of rostrum; no spinule or tubercle on each anterior surface.

Distribution. Known only from the type locality, Kulo Lasi site, off Futuna Islands, at a depth of 1477 m.

Remarks. The genus Alvinocaridinides   was established by Komai & Chan (2010) to accommodate A. formosa Komai & Chan, 2010   . Vereshchaka et al. (2015) performed a phylogenetic analysis of Alvinocarididae   using morphology and sequences of mitochondrial COI gene and clarified the generic level classification. As a result, they retained Alvinocaridinides   as a valid genus, although the phylogenetic position of the taxon was not fully resolved. We assign our new species to Alvinocaridinides   , one of the genera intermediate between the rather conservative Alvinocaris Williams & Chace, 1982   and the highly derived Rimicaris Williams & Rona, 1986   (cf. Vereshchaka et al. 2015) because of the following features: (1) rostrum dorsoventrally flattened, terminally acute, dentate dorsally but non-dentate ventrally; (2) rostral ridge not extending onto dorsum of carapace; (3) antennal and pterygostomial tooth acuminate, no suborbital lobe differentiated; (4) pleura of fourth and fifth pleomeres weakly dentate marginally; (5) telson with dorsolateral spines arranged in sinuous row; (6) dactyli of third to fifth pereopods less compressed, with accessory spinules on flexor surfaces arranged in two rows; (7) meri of third to fifth pereopods unarmed; (8) exopod of uropod with two posterolateral spines.

The holotype was sampled together with specimens of Rimicaris variabilis   in a swarm of alvinovaridid shrimps lying on a pocket of hydrothermal sediments next to a small black smoker.

Etymology. The specific name is combined from the Latin semis (= half) and dentatus (= dentate), referring to the rostrum armed with teeth only on the distal half of the dorsal margin, an unusual feature in the family. 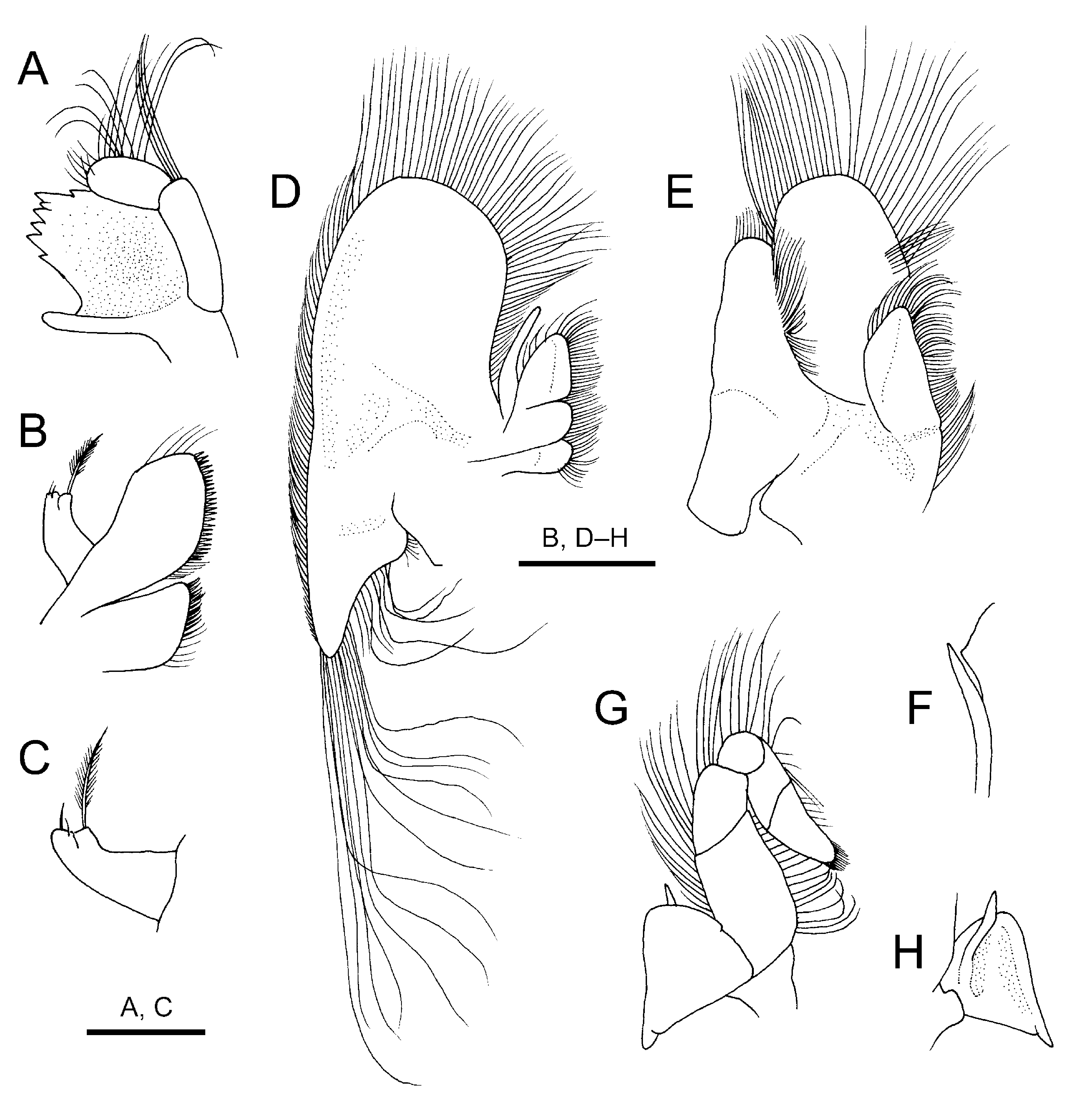