Distribution. Throughout the Red Sea and the western Gulf of Aden.

Epinephelus geoffroyi  and E. chlorostigma  are sympatric in the western Gulf of Aden. The fourth author collected a specimen of E. geoffroyi  in the harbor of Djibouti in 1981 and sent it to the first author, thinking it might be an undescribed species. It was wrongly catalogued at the Bishop Museum as E. chlorostigma  (BPBM 30865, 219 mm). The fourth author also caught the true E. chlorostigma  in 1979 by hook and line from a depth of at least 100 m in the Gulf of Tadjoura (IES 311 -011, 235 mm, illustrated here as Fig. 5View FIGURE 5). In addition, he collected a specimen of E. geoffroyi  off Al Mukallah on the coast Yemen in 2005, the present easternmost record of the species in the Gulf of Aden. There are no valid records of Epinephelus chlorostigma  from the Red Sea, but it might be expected in the deeper water of the southern part.

As noted by Randall and Heemstra (1991), most records of Epinephelus chlorostigma  are insular. There are no confirmed records for continental waters of Asia or Australia, and none for the East Indies, except one from Papua New Guinea.

Epinephelus geoffroyi  is usually found on or near coral reefs at depths of 10–20 m; one was speared by the first author in 4 m in the Gulf of Suez, and another near the southern end of the east coast of the Sinai Peninsula in 28 m. The second author observed the species at the Farasan Islands near the southern end of the Red Sea in 3– 32 m. The depth range given in the literature for E. chlorostigma  is 32– 280 m.

Randall and Heemstra (1991: 119) reported slightly higher scale counts for Epinephelus chlorostigma  in 11 specimens examined in the Pacific, compared to the Indian Ocean: 50–53 lateral-line scales vs. 48–52, and 104– 125 scales in longitudinal series vs. 97–119. A molecular study of these two populations would be of interest, as well as a genetic comparison with E. geoffroyi  .

Mention should be made of two other groupers of the northwestern Indian Ocean with close-set, dark brown spots that might be confused with Epinephelus geoffroyi  : E. gabriellae Randall and Heemstra, 1991  ( Fig. 7View FIGURE 7 A) ranges from the Gulf of Oman and south coast of Oman at least to the eastern Gulf of Aden, and E. polylepis Randall and Heemstra, 1991  ( Fig. 7View FIGURE 7 B) is reported from the west coast of India to the Gulf of Aden. Epinephelus gabriellae  is readily distinguished by having only 14 or 15 dorsal soft rays, and E. polystigma  has a very high count of 65–72 lateral-line scales, and 126–137 scales in longitudinal series. 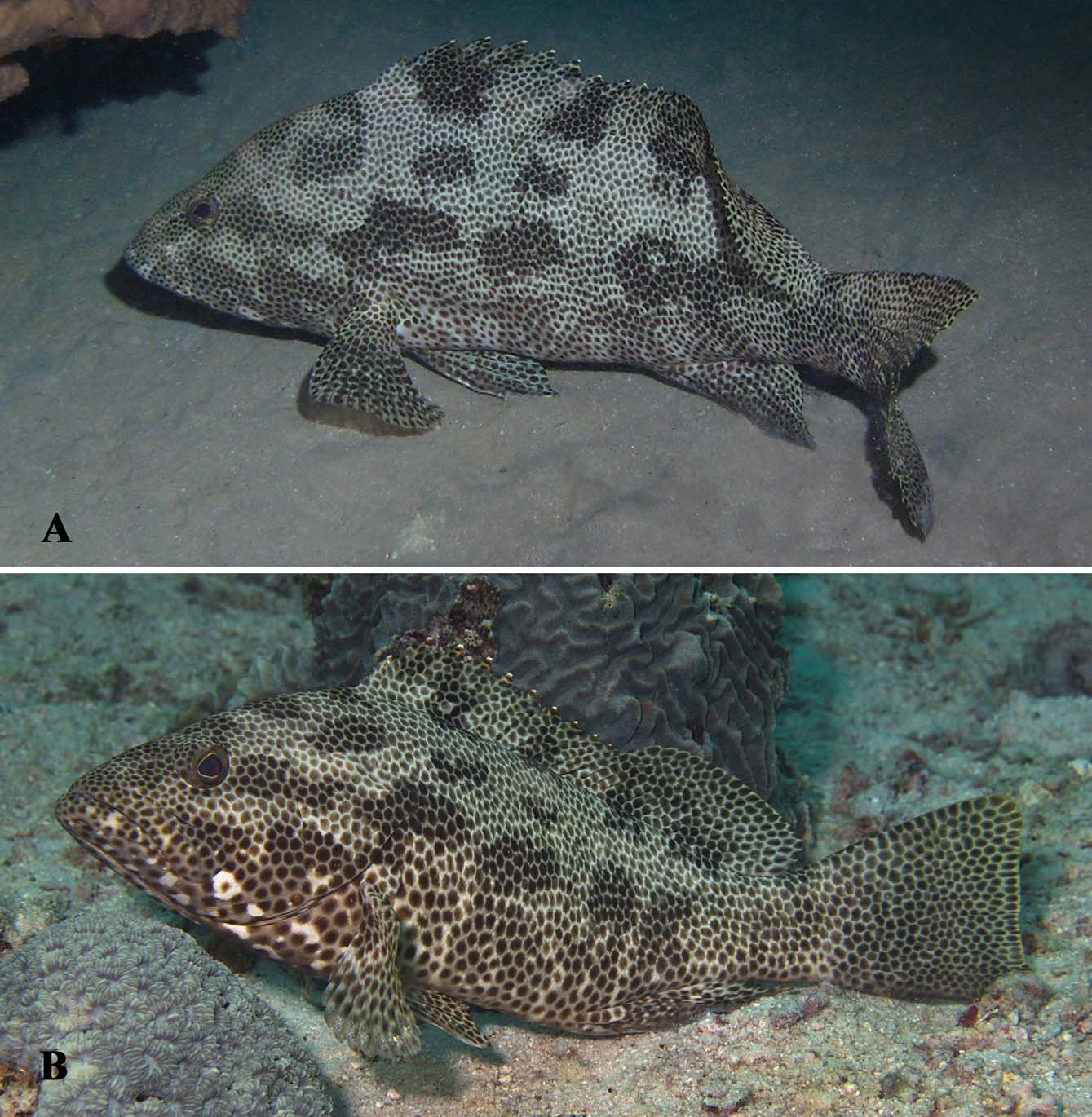 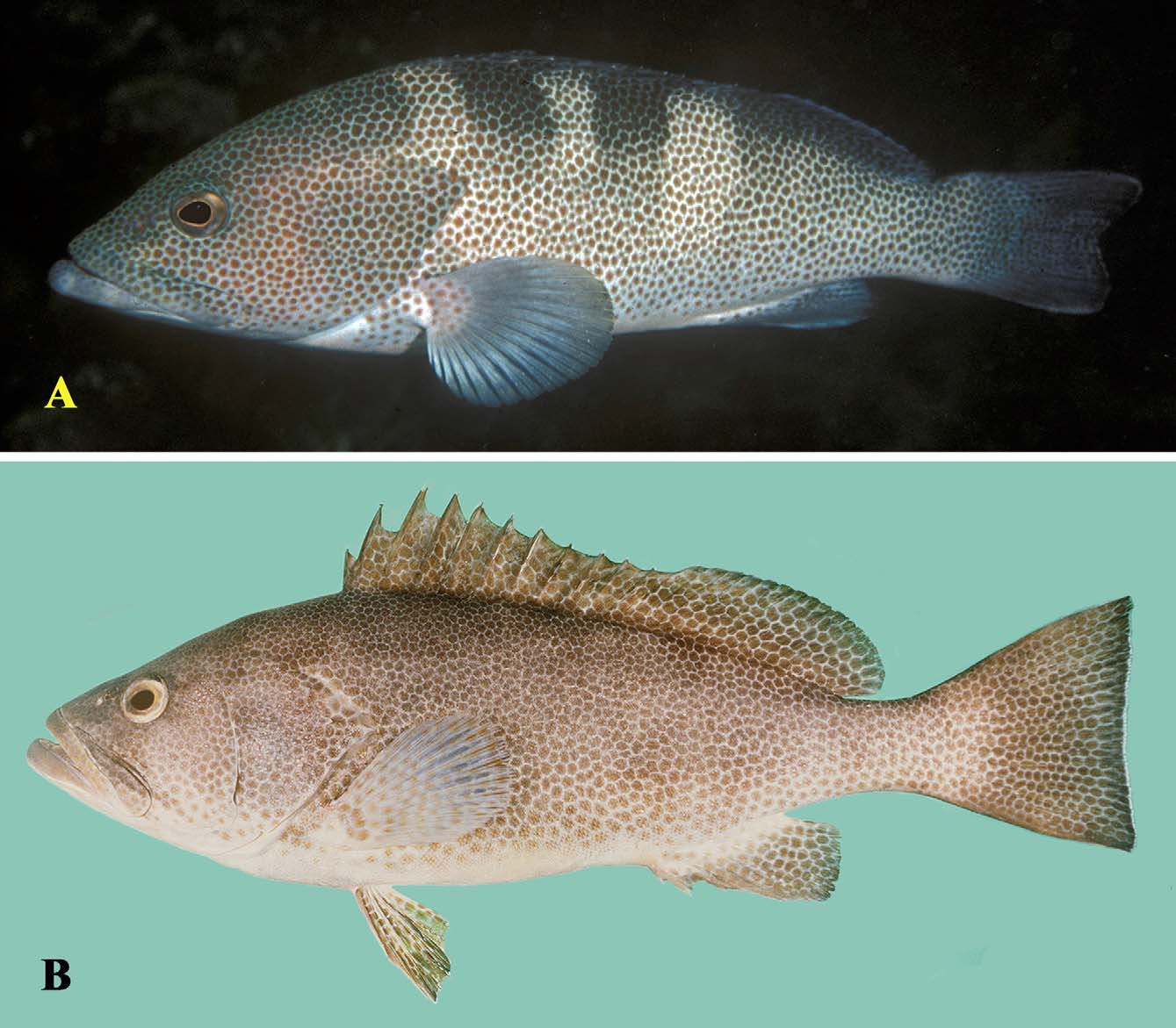 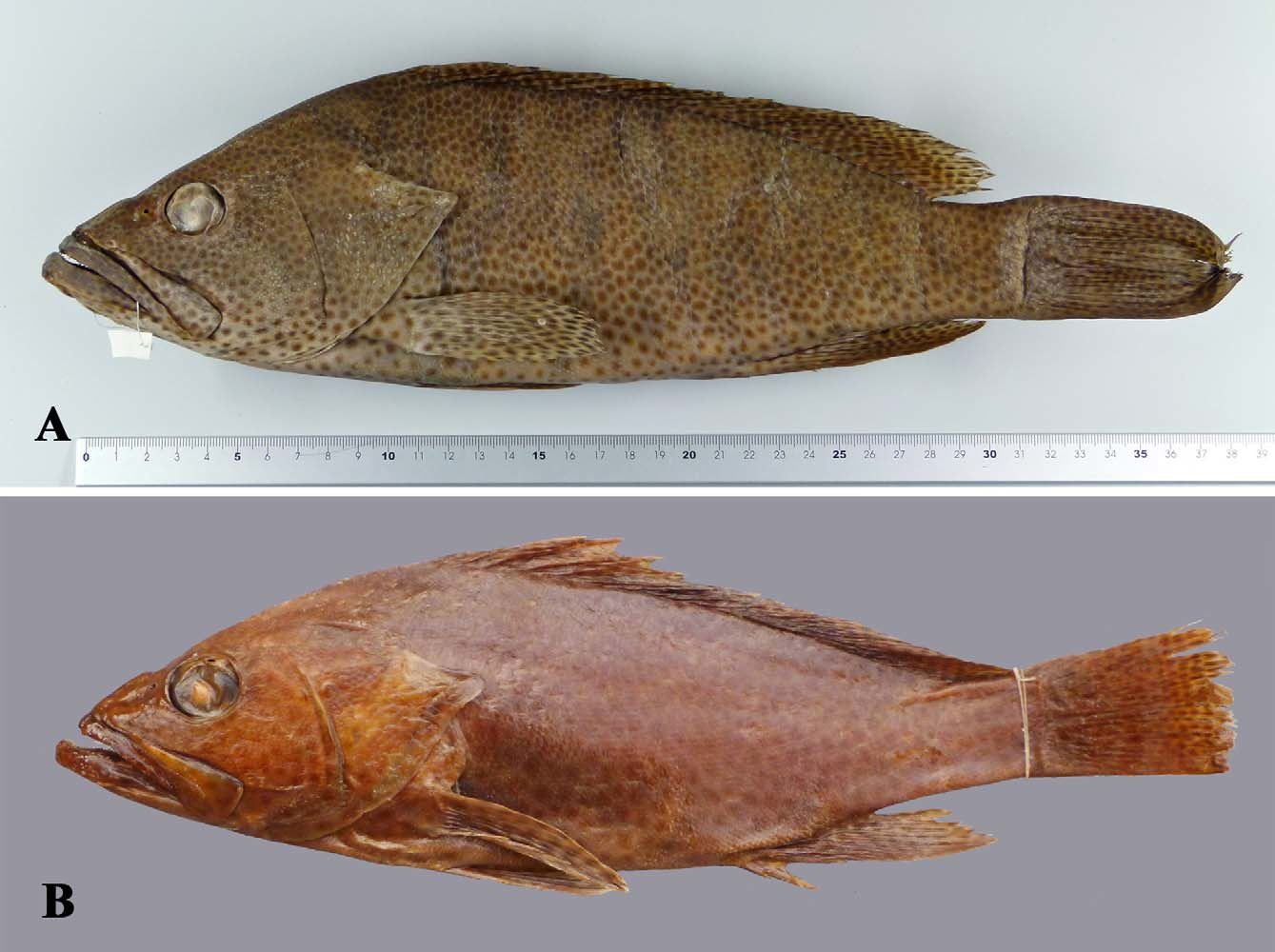