Remarks. The type locality is questionable. Moore et al. (1987: 311) stated the following: ‘‘…Melbourne, Vic., this locality seems to be an error as the species distribution is limited to northern Qld.’’. The actual distribution of D. smaragdinus needs further clarification.

The description of D. smaragdinus was based on a single female specimen. It may be simply a dark variation of D. geniculatus (Klug) , with blackish tibia and tarsi. Comparison of male genitalia is required to resolve the status of this nominal species. Since its original description, D. smaragdinus has been compared only by Sloane (1907: 473, based on his specimen, not the type) and only with his D. elegans . However, we have found that many of Sloane’s comparisons were inaccurate. For example, he claimed that D. elegans members have (1) pronota with lateral margins more deeply sinuate posteriorly and more strongly reflexed laterally toward the base, and (2) elytra wider, more ampliate, and more declivous basally than D. smaragdinus members. This is incorrect, and we suspect that his comparison was based on a D. queenslandicus specimen rather than one of D. smaragdinus . 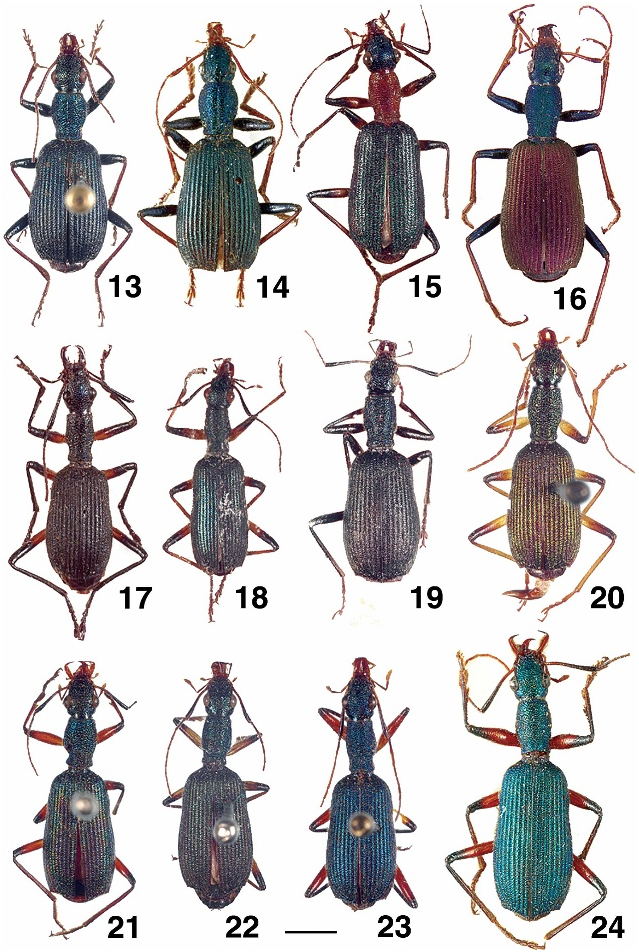