Etymology. The specific name refers to the mid-to lower elevations where the species has been found.

Ecology. This species has been found in meadows and forest border in knee-high grass and forbs, mostly seen feeding on the latter, never high in the bushes. It seems to prefer wet, slightly shaded areas at the border of tree groves; instead of jumping away (although it does), when approached it most often drops to the tangled undergrowth, making them difficult to catch or observe. The species described is fairly common and even abundant, but not easily seen due to their cryptic color, and because it inhabits lower levels of the vegetation, where they can be overlooked or confused with more common species (such as Orphulella  spp.). Often found along with Psilocirtus splendidus Hebard, 1923  , Phaeoparia bicolor ( Hebard, 1923)  and Caenomastax  spp. The species seems to be more abundant in the Eastern Cordillera, but along with P. splendidus  , it seems to have colonized a few spots in the Eastern flank of the Central Cordillera (at the other side of the Magdalena River), at roughly the same latitudes it is found in the Eastern Cordillera, where it could be widespread. 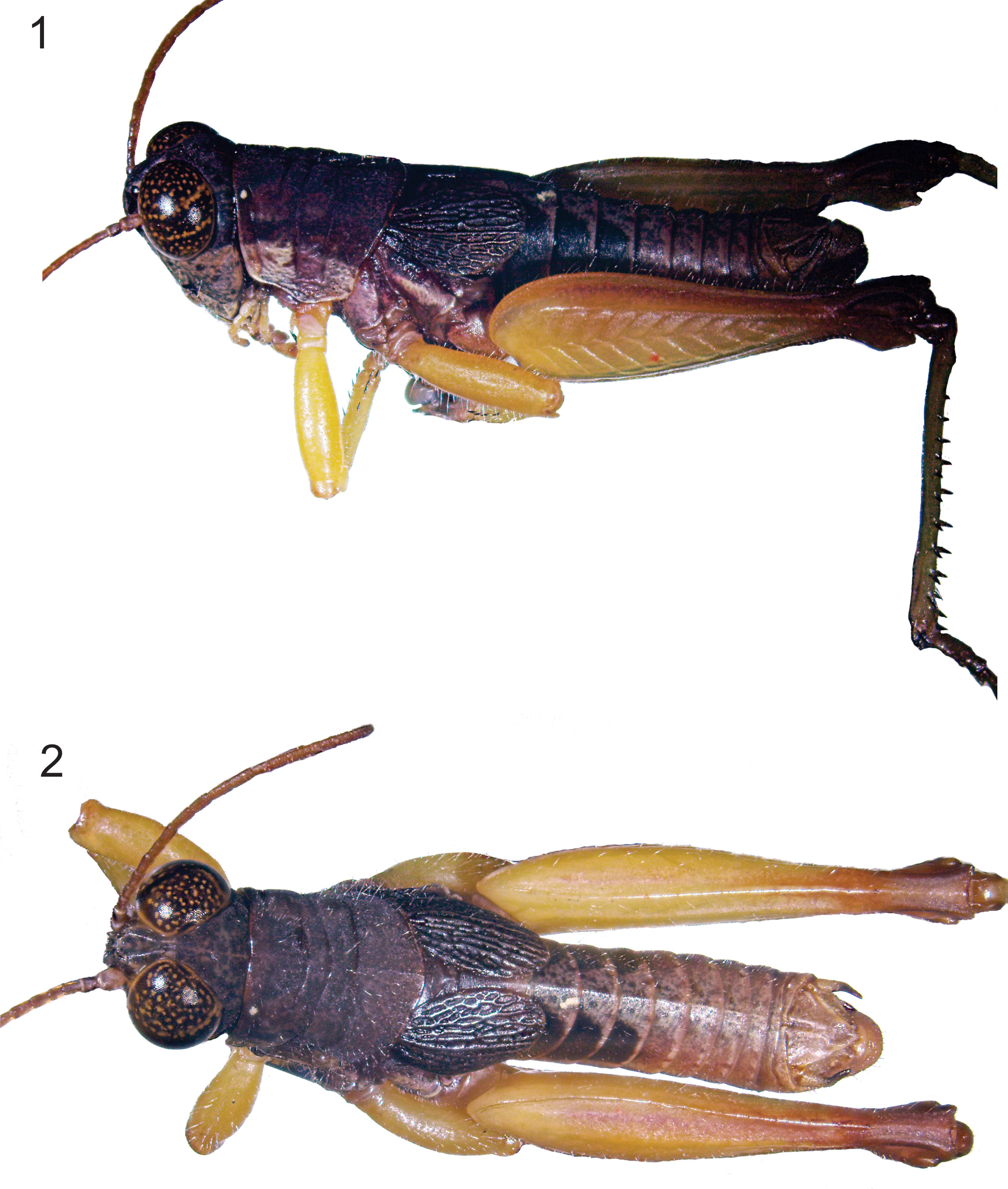 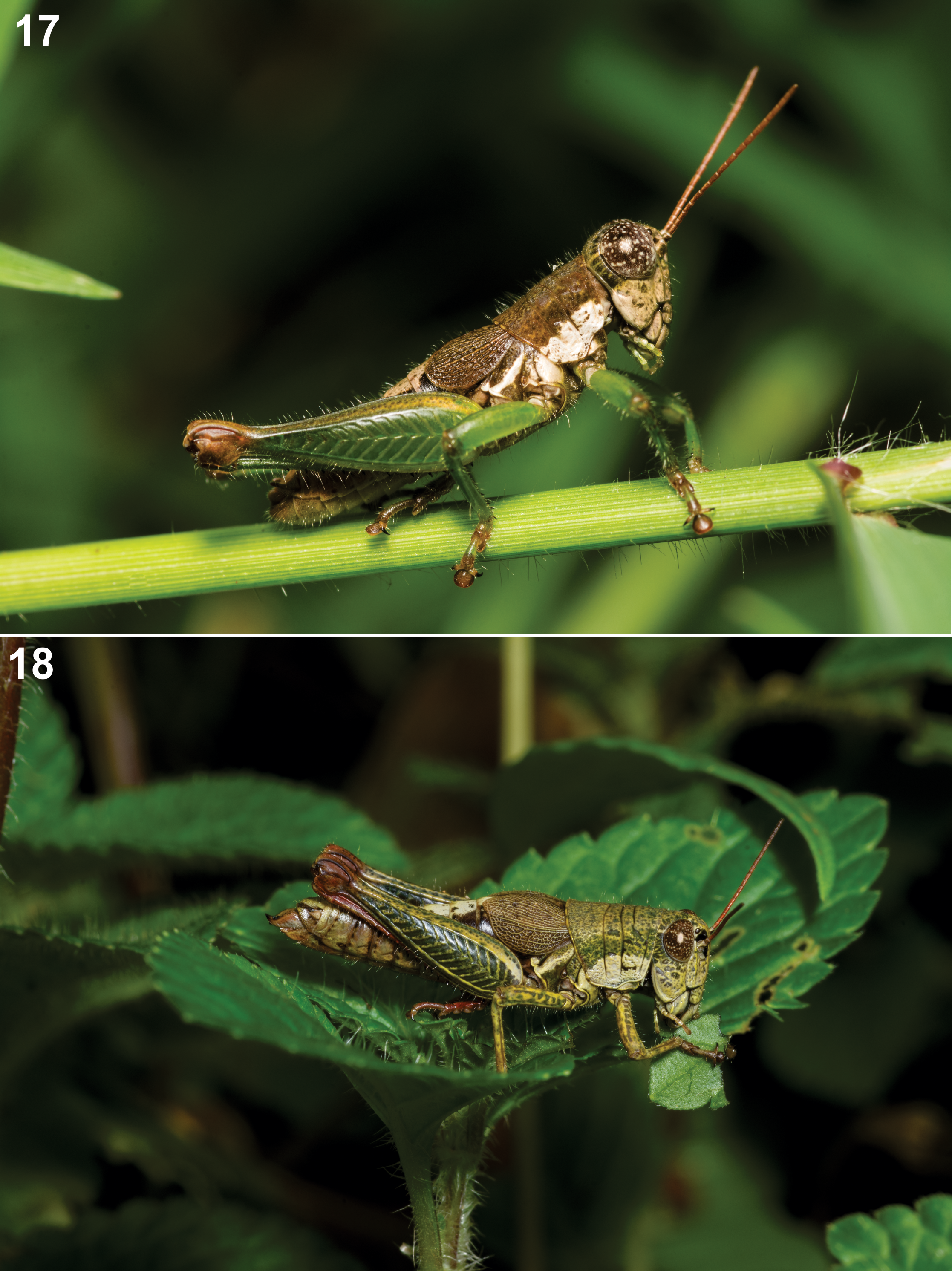 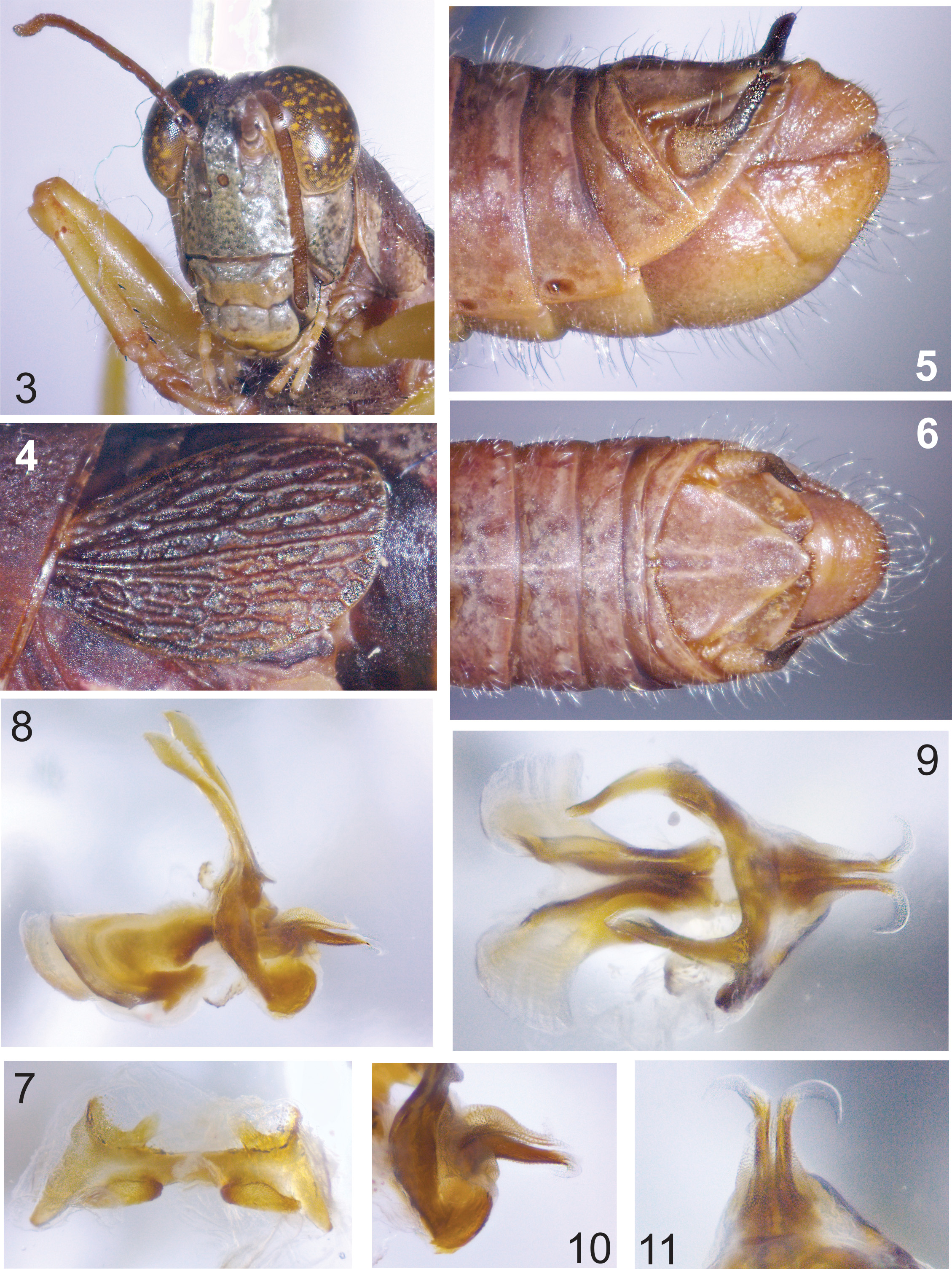