Etymology. This species is named for Tracy S. Feldman, who collected the type specimen as well as all other North Carolina material used in this study.

Leaf mine. ( Fig. 128View FIGURES 124–132) Irregular, upper surface, with some portions whitish and some green (interparenchymal); frass not evident.

Puparium. ( Fig. 26View FIGURE 22–29) Brown, elongate; tapering and with more pronounced segmentation in the posterior half; most segments with a roundish black patch on the ventral surface; formed within the mine, toward the base of the leaf.

Comments. Cerodontha (Dizygomyza) feldmani  is a relatively dark, indistinct species with an enlarged first flagellomere, yellow fore knee and 4 fronto-orbitals, but the phallus is distinctive ( Figs. 291–292View FIGURES 286–292). The left sclerite of the hypophallus is present, long, narrow and with a strong, pointed outer-basal process, the paraphallus is clear and lobate with a rectangular ventral sclerotization, and most distinctively, the mesophallus is narrow along its entire length with only slight medial and subapical swelling, and the distiphallus is long with a sharp, short basal bend and a large semicircular apical curve. This species will key to C. (D.) paludosa  using Spencer & Steyskal (1986), but that Californian species has a larger wing (2.5–3.0mm) and a larger, more broadly curved distiphallus and the mesophallus is more slender and segmented. 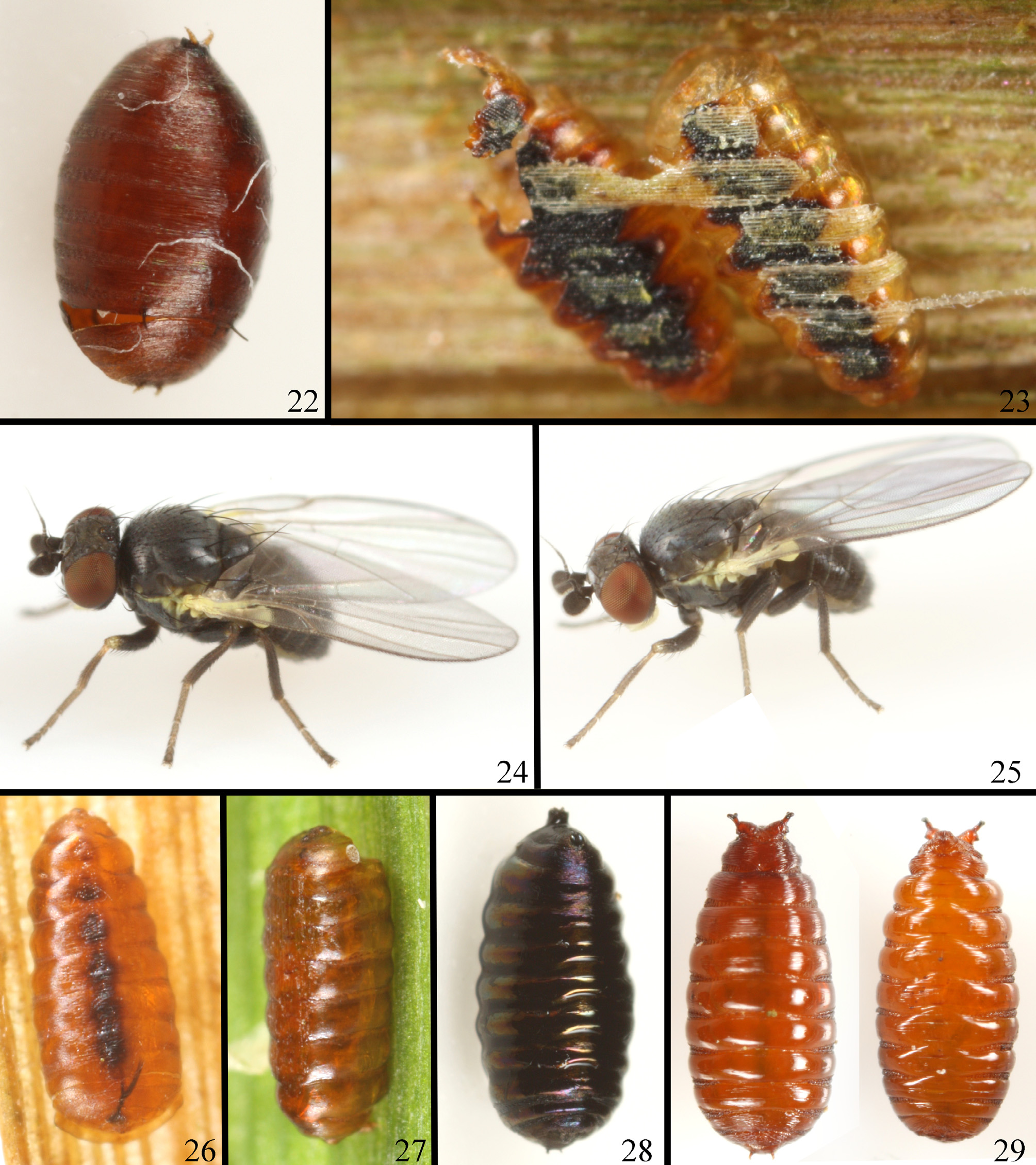 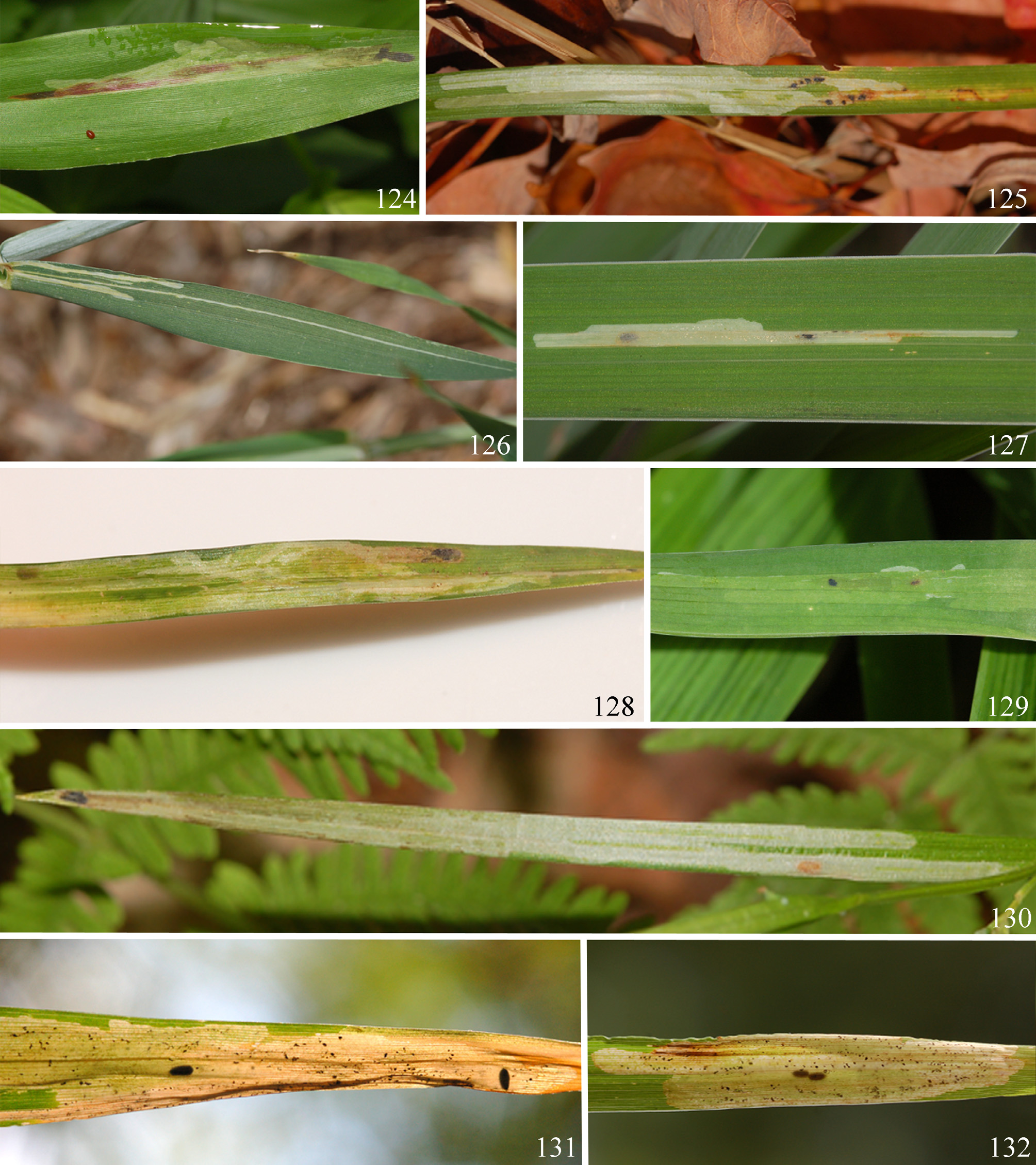 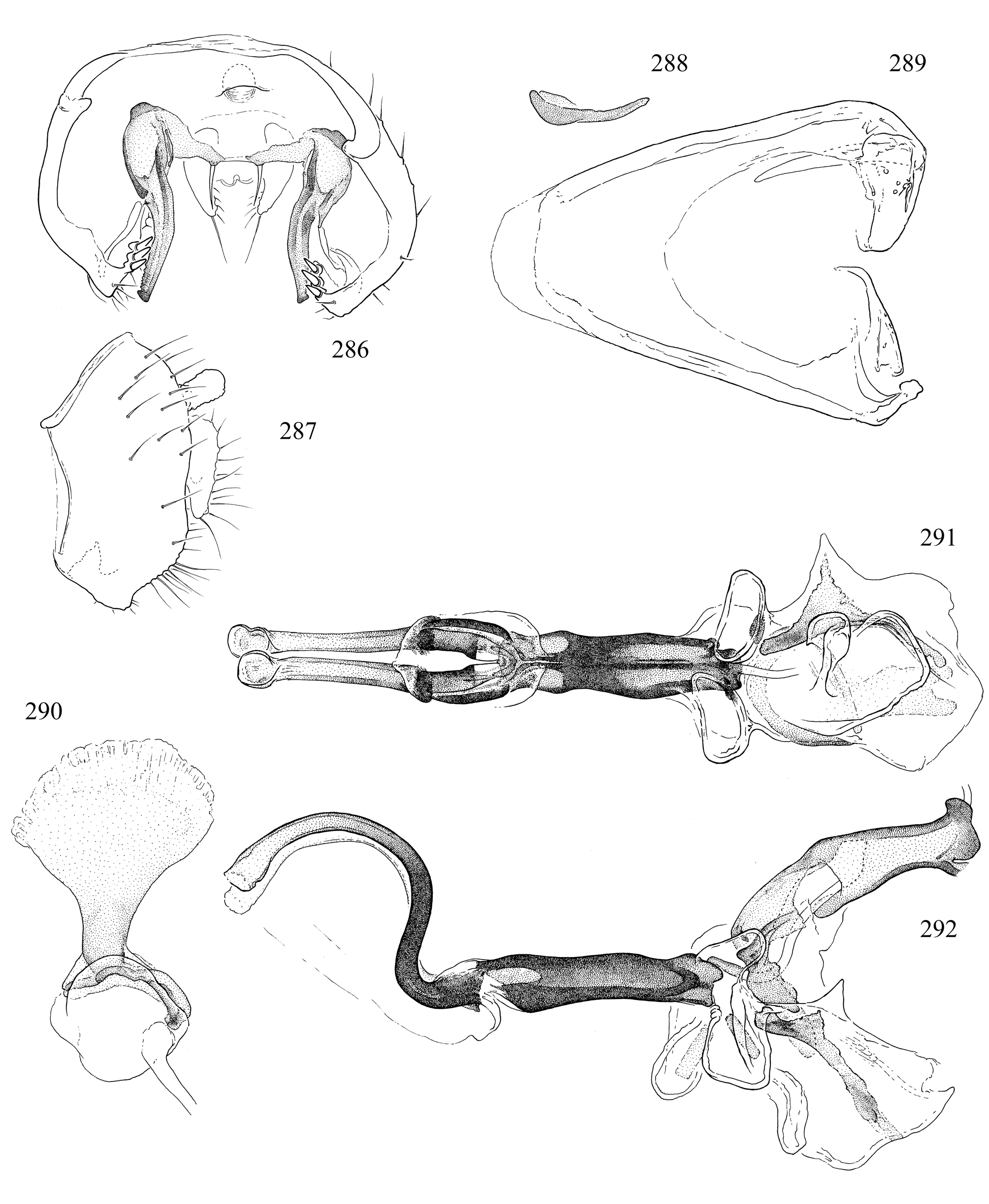