Tegmen slightly translucent, gradually widened from base, then attenuated behind middle, with regular veinlets; Costa indistinct; subcostal vein and radial vein joined at base, then separated but closely abutted together till before apical part of tegmen; radical sector not bifurcated; apex of tegmen rounded ( Fig. 68View FIGURES 65, 69). Male stridulatory area (Figs. 26–37) with posterior margin straight; male right stridulatory area with distinct mirror. Anterior coxae unarmed. Anterior and median femora with regularly-arranged big spines on ventroanterior margin; posterior femur with many regularly-arranged big spines on ventro-anterior margin and a few big spines near apex on ventro-posterior margin. Anterior tibiae dorsally approximately flat, with tympanum conchate on both sides; widened at and gradually constricted below tympana. Median tibia almost flat, without distinct groove, with or without dorsal spines; posterior tibiae with dorsal spines on both sides.

Discussion: Paraxantia  resembles Xantia Brunner  von Wattenwyl in the shape of compound eyes, the width of fastigium verticis, and the shape of lateral lobes of pronotum. It differs from the latter by the shape of pronotal posterior margin, Rs vein of tegmen, and the shape of hind tibiae. In Xantia  , the posterior margin of the pronotum is angular, the tegmen is lanceolate and tapering from the widest middle part in the latter, the Rs vein is bifurcate, and, the hind tibia is dilated at base ( Figs. 65, 66View FIGURES 65, 69). The characters of Paraxantia  distinguish it from Xantia  at generic level, although there is no description on male abdominal apex of Xantia borneensis  because of loss of the abdomen of the type.

Paraxantia  possesses a leaf-shaped tegmen, from which we infer that the katydids live in broadleaf forests. When collecting in the field, Paraxantia  was not collected by net during the daytime, but many males were acquired by attraction to lights. This further suggests that these katydids live in broadleaf forests. Only males were attracted to light.

Species of Paraxantia  are distributed in middle altitudes of South of China. Males were attracted to light from 700m to 2200m. Until now, we have collected them in primal forests in Hubei Province, Guangxi Province, Fujian Province, Sichuan Province, and Tibet.

Etymology: The name Paraxantia  is composed of the prefix Para-, and name of another genus Xantia  . The name refers that the new genus is related to Xantia  . Feminine gender. 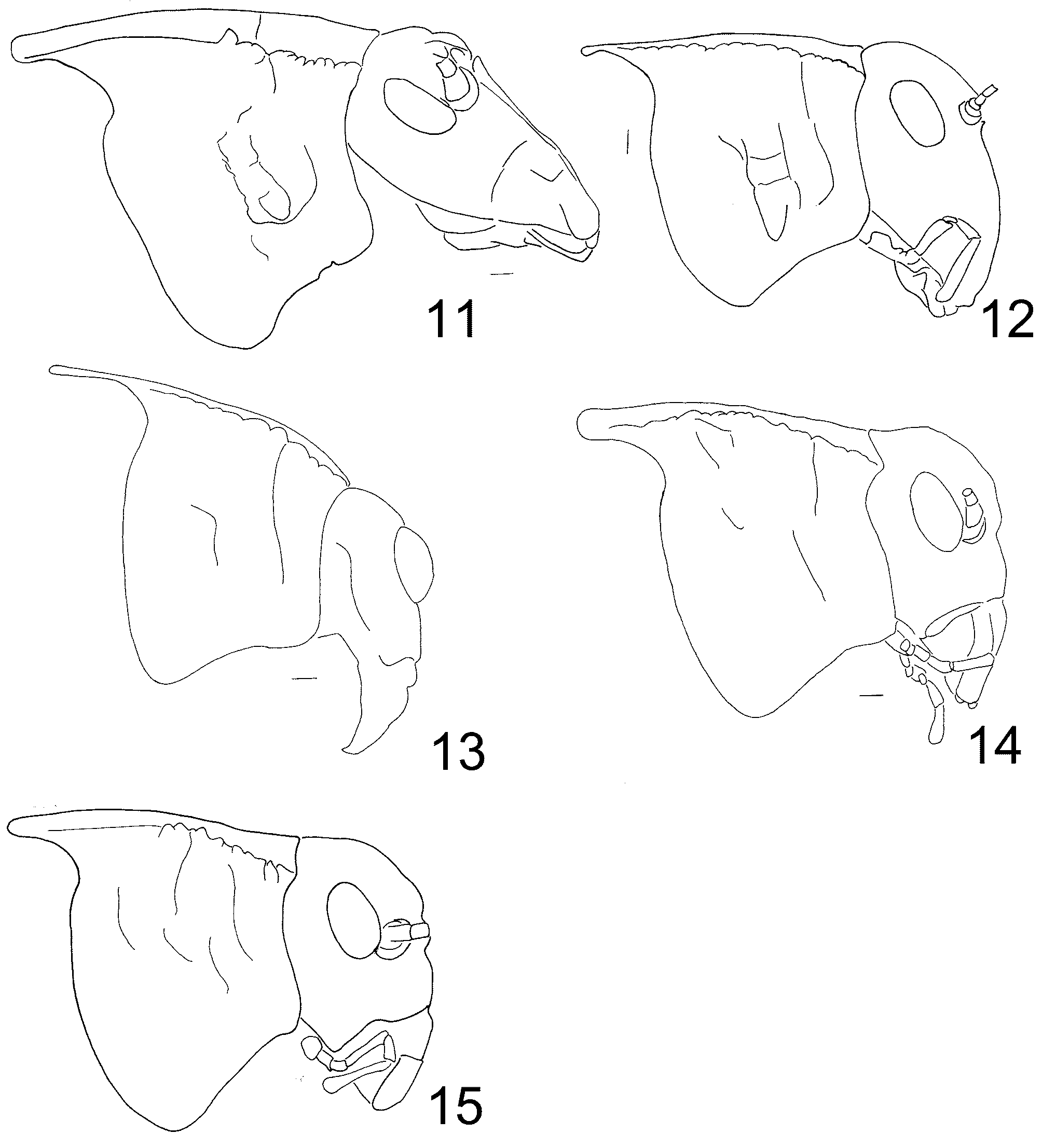