Pronotum nearly oviform, strongly convex in cross-section; punctures sparser and somewhat shallower than those of head.

Comparative notes. Based on the structure of the aedeagus, this species is allied to P. describendus Willers, 2001  (Zhejiang: Tianmu Shan), from which it is distinguished by the somewhat stouter pronotum, the deeply excavate anterior margin of the male labrum, the longer parameres and three strongly sclerotized spines in the internal sac of the aedeagus and particularly the shape of the female sternite VIII. For illustrations of P. describendus  see Willers (2001b: figures 9–12).

Distribution and natural history. The type locality is in the Yaoluoping to the northwest of Yuexi, western Anhui. The specimens were sifted from leaf litter from the floor of a pine forest at an altitude of 1650 m.

Etymology. The species is named after Cong-Chao Dai, the first author’s bosom friend, who collected the type specimens. 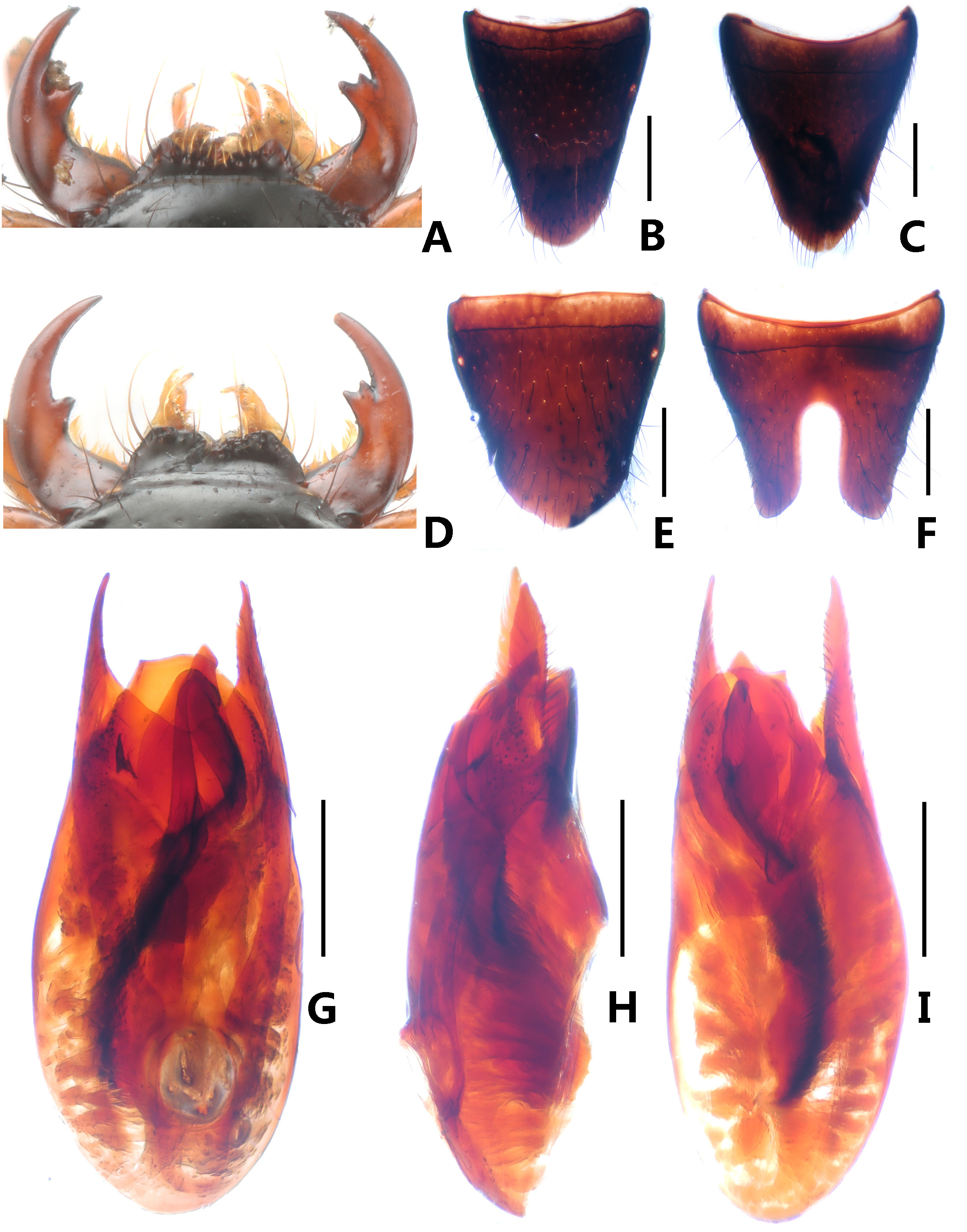