Distribution and habitat. In Mt. Hallasan, only one locality: site 14, in soil and litter layers of Sasa quelpaertensis  forest.

Remarks. Despite the differences, we think that these specimens studied now from Korea can be considered as Fridericia paroniana  , but due to differences we mark it as “ Fridericia cf. paroniana  ”. The size, the segment number are about the same (the body diameter slightly thicker), chylus cells similarly in XII –XVI (2–3 segments long), midgut pars tumida in our specimens in XXVII –XXXVI (4–5 segments long), in F. paroniana  in XXIII – XXXIV (4–5 segments long) (observation of Dózsa-Farkas on Hungarian specimens). Different traits are: dorsal vessel origin in XVIII –XX (XV –XVI in F. paroniana  by Schmelz 2003, but in some Hungarian specimens also were observed in XIX by Dózsa-Farkas). We detected in the F. cf. paroniana  more (1–3) mature eggs at a time, but only one egg by Schmelz (2003). The main differences are the variations of spermathecae, but individuals with only one diverticulum often occur also in the European populations, as given in the original description. However, a joint opening of the spermathecae into the oesophagus has not yet been observed in F. paroniana  . For the time being we maintain that, based on other characteristic traits (abundant a-type mucocytes with large lenticytes, girdle-shaped clitellum, where between the bursal slits are only granulocytes, two chaetae in all chaetal bundles, the same form of pharyngeal glands and oesophageal appendages) the Korean specimens belong to Fridericia paroniana  . We aim to solve the problem with a molecular comparative study in the near future. 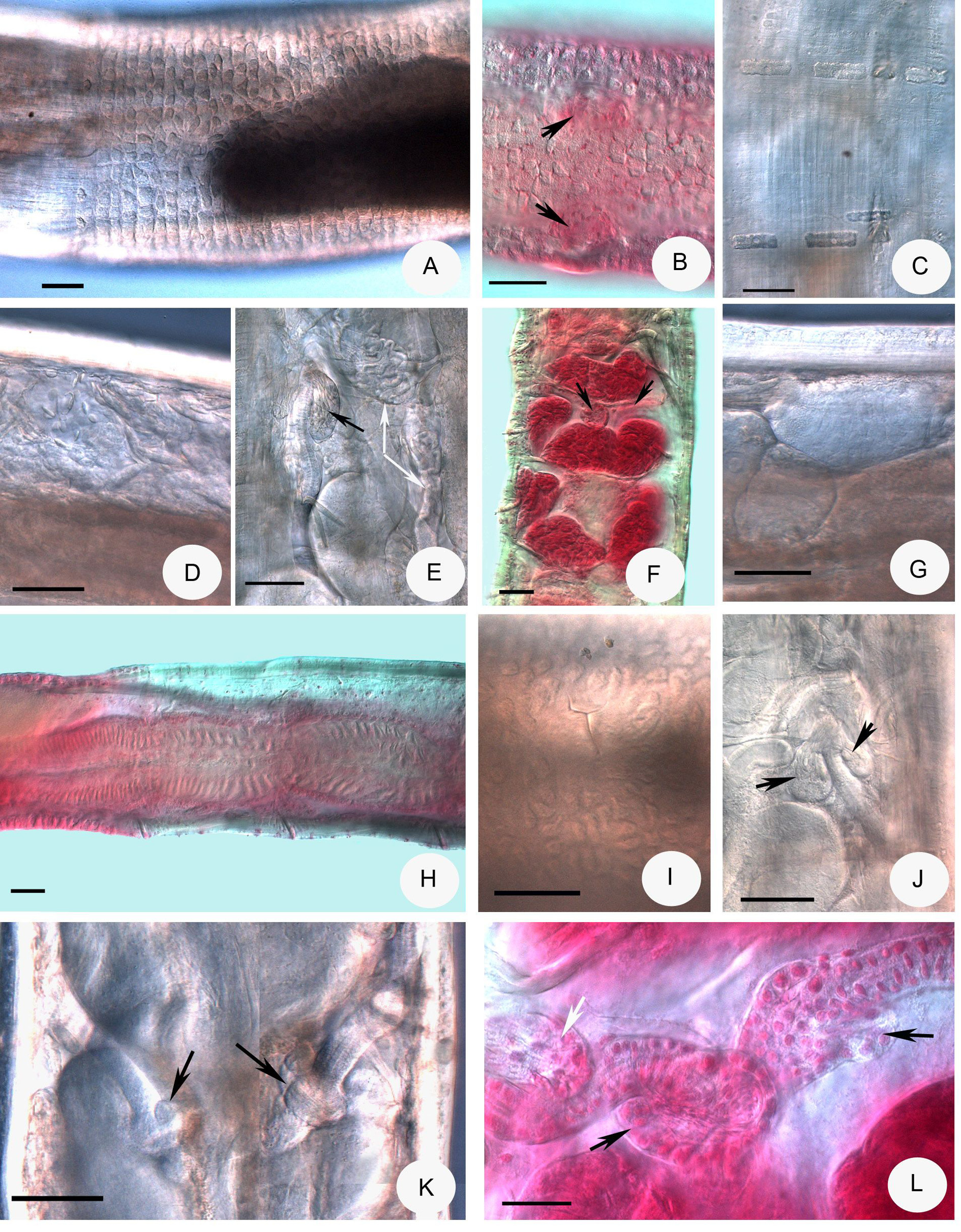