Diagnosis. Epipleoneura angeloi belongs, along with E. haroldoi Santos, 1964 , E. manauensis Santos, 1964 , E. spatulata Rácenis, 1960 , and E. williamsoni , to a group of species with a long, well-developed dorsal branch and dorso-ventrally flattened cercus (about as long as or longer than S 10) parallel to main body axis, and a foliate and concave ventral branch ( Figs. 22 View FIGURES 22 – 24 c, 23 c, 24 c and 27 c). This group also lacks the inner-basal branch or tooth and the apical hook in the cercus. As well as in E. manauensis and E. williamsoni , the genital ligula ( Fig. 45 View FIGURES 28 – 47 ) has a bilobate apex with a shallow medial cleft, each postero-lateral projection has a long peduncle and its apex is bent distally. With E. haroldoi and E. williamsoni it shares a similar epiproct morphology ( Figs. 23 View FIGURES 22 – 24 a–c) that is curved in lateral view with two relatively short and parallel branches widely separated at their bases.

E. williamsoni and E. angeloi also share the presence of a small black spine close to cercus apex on inner margin ( Figs. 23 View FIGURES 22 – 24 a and 24 a). Similarities of this species with E. manauensis are discussed under that species. The male of E. angeloi has the cercus dorsal branch flattened, dorsal and ventral branches separated by a narrow excavation and ventral branch small and rounded. The female posterior lobe of prothorax ( Fig. 53 View FIGURES 53 – 66 ) is erect, with a wide rounded posteriorly directed medial lobe visible in dorsal view, and two rounded lateral lobes visible in lateral view, which distinguishes it from females of all other known Epipleoneura species. 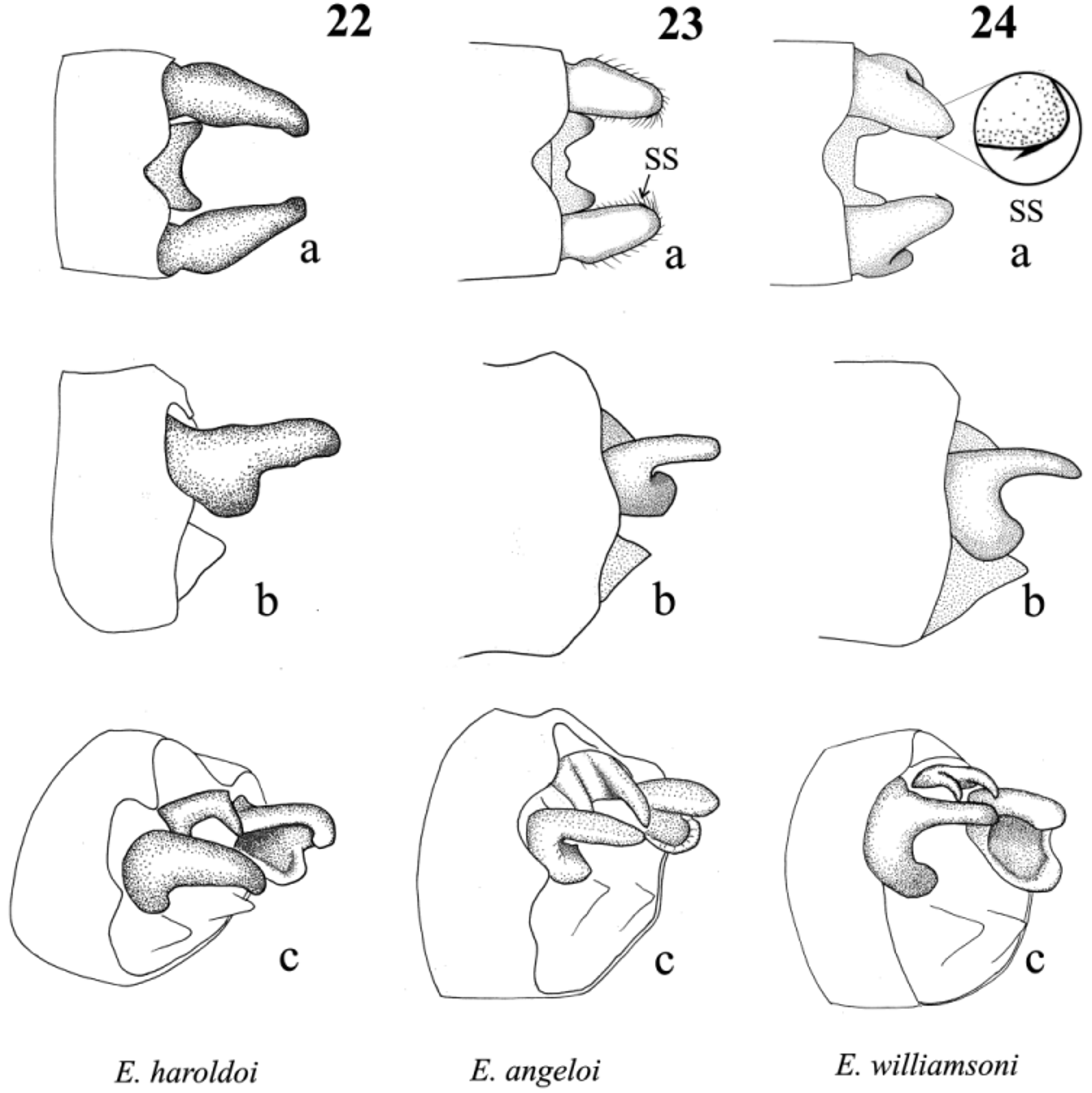 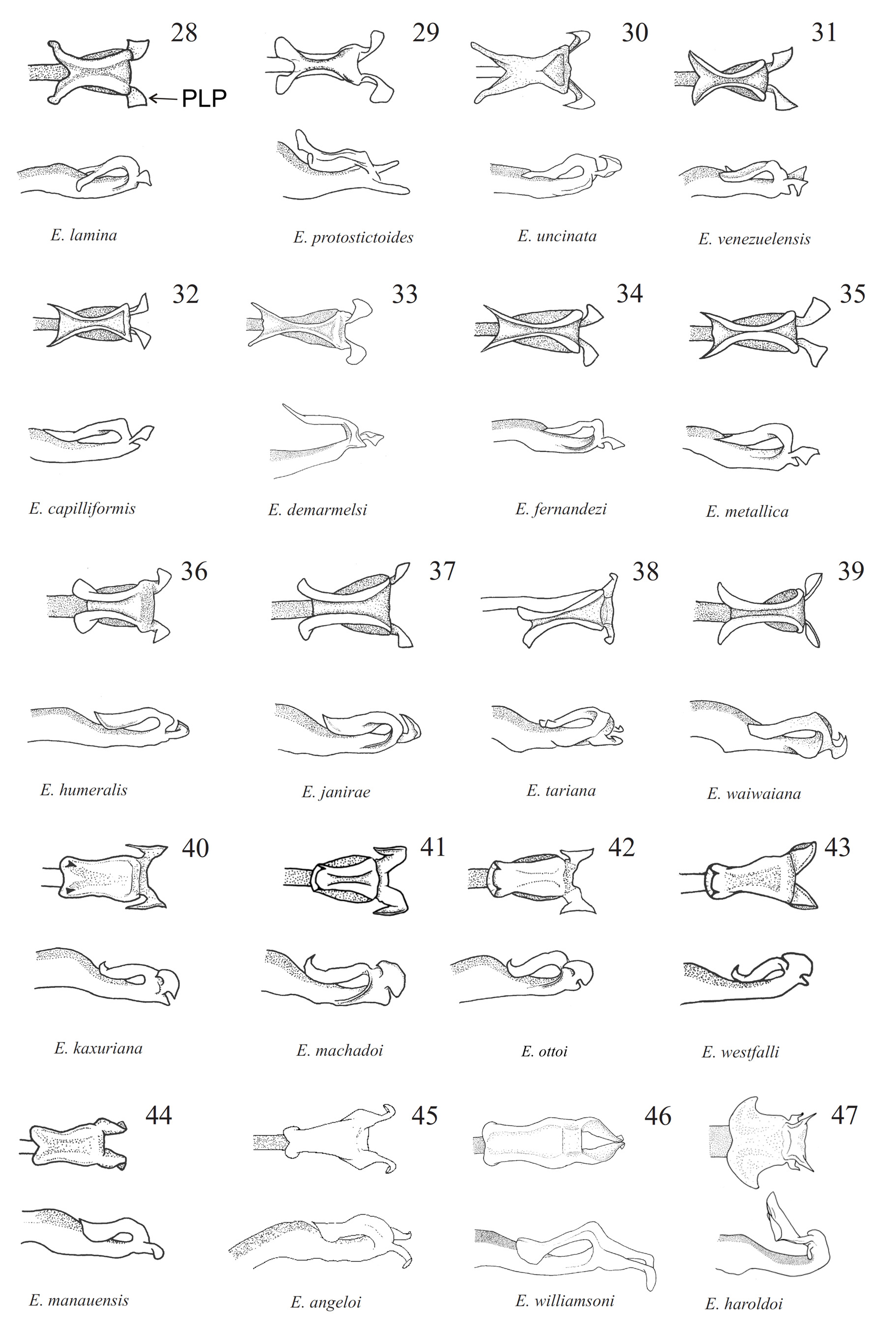 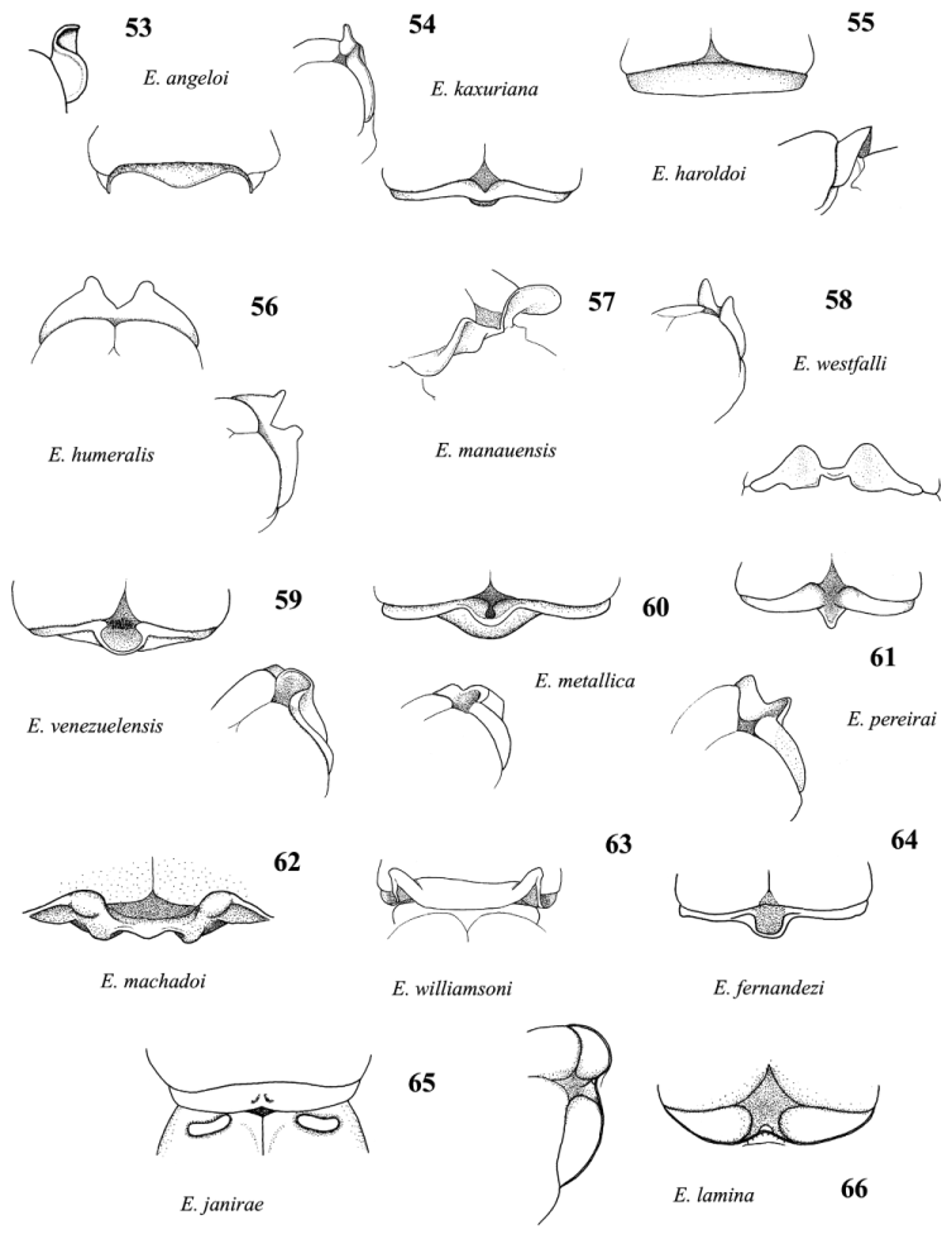