weight 4-1-6 g. The Pale-winged Dog-like Bat is medium-sized. Dorsal fur is c.8 mm long and uniformly medium brown, with slightly paler hair bases; venter is slightly lighter. Ears are brown and close together on forehead, not connected by band of skin. Uropatagium is brown. Wing membrane is brown from body to elbow, but its distal part is translucent and tinged with brown. Arms and digits of wings are medium brown. Poorly developed wing sac is present on leading edge of propatagium, with outward lateral opening. There appears to be no sexual dimorphism in skull size, but few data are available for males that overlap with larger number of measurements available for females. Rostrum and postorbital processes are relatively narrow, but rostrum is not dorsally inflated. Shallow, undivided basisphenoid pit has two small anterolateral pterygoid pits, and mesopterygoid extension protrudes posteriorly into basisphenoid region. P1 is tiny and peg-like.

Breeding. One pregnant Pale-winged Dog-like Bat was reported in September in Peru, and others were lactating in October.

Activity patterns. Pale-winged Dog-like Bats are crepuscular and emerge at dusk to begin foraging activity. They roost in dim light of cave entrances, under fallen logs, in holes in the ground including one instance of roosting in an armadillo burrow, in undercut stream banks, and under large leaves including banana.

Movements, Home range and Social organization. Limited observations of group size of Pale-winged Dog-like Bats suggests that they sometimes roost alone or in small groups of 2-5 individuals, often in proximity to other species of bats including Whitewinged Dog-like Bats (P. leucopterd) and Greater Sac-winged Bats { Saccopteryx bilineatd   ). Status and Conservation. Classified as Data Deficient on IUCN Red List. The Palewinged Dog-like Bat is known from only a few locations, and information on natural history and population dynamics is scant. 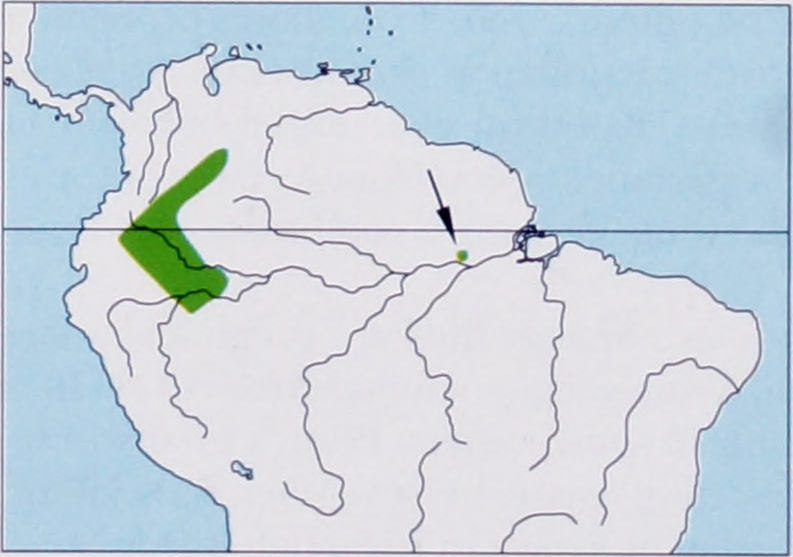