The present diagnosis is based on the descriptions of Penny & Rafael (1982), and Flint (2006) as well as observations made of the specimen examined. Diagnostic characters of the female are based on Monserrat (2005).

Comments. Sisyra elongata   was described by Penny & Rafael (1982) from Manaus, Brazil; Flint (2006) provided additional diagnostic characters, a redescription and a new record from Loreto, Peru; thereafter, Monserrat (2005) provided diagnostic characters and illustrations of the female genitalia of this species, and expanded its distribution to the east of Brazil, in the state of Bahía ( Fig. 1 View FIGURE 1 b), a report remarkably distant from the previous records from the Amazonia. The temporal distribution of the known records of this species includes January ( Peru), March (Bahía, Brazil), August (Brazilian Amazonia) and September (Brazilian Amazonia and Colombia). There is few information on dietary habits of Sisyridae   adults, however fungi hyphae and spores, fragments of mites and scales, setae and other fragments of unidentified arthropods, as well as pollen and siliceous material have been reported from the gut content of S. elongata ( Monserrat 2005)   . There are two other species, Sisyra apicalis Banks, 1908   and Sisyra amazonica Penny, 1981   , morphologically very similar to S. elongata   . The three species have gonocoxites 9 elongated, however in S. elongata   they are expanded at the distal third, with dense apicomedial brush of setae ( Flint 2006). Gonocoxites 9 are parallel sided in S. apicalis   , with basomedial projections on the lower and upper surfaces ( Penny 1981). On the other hand, S. amazonica   has gonocoxites 9 gradually tapering and without dorsal or ventral basal projections ( Penny 1981; Penny & Rafael 1982; Flint 2006). 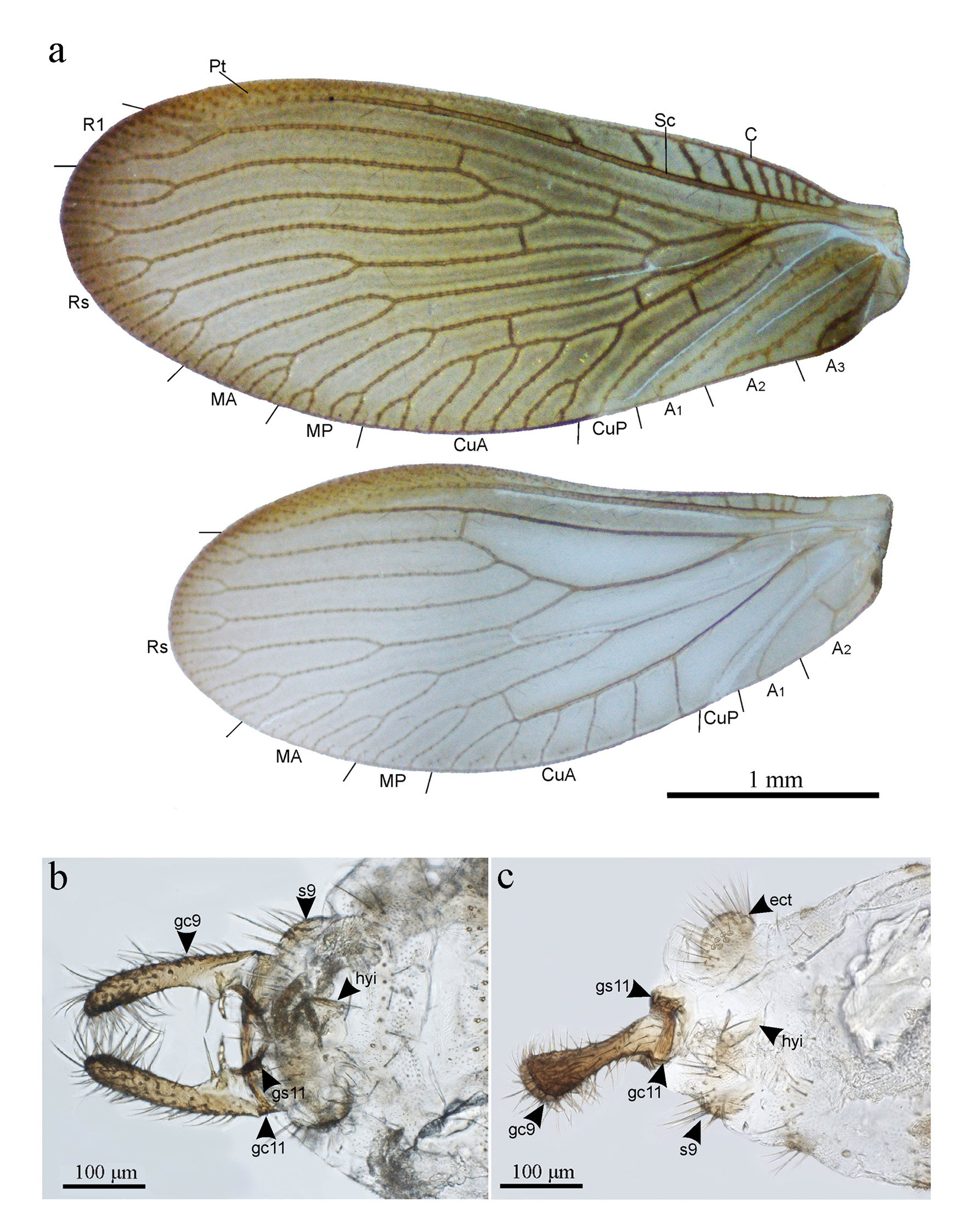