Etymology: —The species is named after the mountain range to which it is endemic; the Manaslu Himal, and in honour of the Flora of Nepal Manaslu 2008 Expedition, during which it was discovered.

Subgenus Discogyne G.Taylor   is defined by the possession of a substylar disc surmounting the ovary, a feature clearly distinguishing it from the rest of the genus. Meconopsis manasluensis   is easily distinguished from all other species of this subgenus because it is the only one with multiple flowering stems, unlike the single prominent fleshy stem in the other five species. Although the subgenus was first proposed by Taylor (1934) based only on M. discigera Prain (1906: 356) and M. torquata Prain (1906: 355), known from the Indo- Himalaya and south-central Tibet respectively, this number has grown in the intervening decades with discoveries of species centred upon the central Himalaya ( Grey-Wilson 2006a, Zhou 1979).

In Nepal, only a single species, namely M. simikotensis Grey-Wilson (2006a: 220) and the yellow form of M. discigera, are reported from the west and east of the country respectively, whereas the species M. pinnatifolia C.Y.Wu & H.Chuang ex L.H. Zhou (1979: 114) and M. manasluensis   are known from central Nepal, and occur in partial sympatry in the Manaslu Himal. Meconopsis manasluensis   is distinguished from M. pinnatifolia by its entire versus pinnately cleft leaves, and dark red versus purple flowers. It differs from the closely related M. tibetica Grey-Wilson (2006: 222)   by its elongated pedicels, narrowly ovoid or cylindric buds and capsules (versus subglobose capsules found in M. tibetica   ), and in the projection of its stylar disc beyond the edge of the ovary. Meconopsis manasluensis   is also geographically separated by some 260 km of rugged terrain from M. tibetica   , which thus far is only known from several small populations located north west of Mount Everest in the Xizang Region of China. 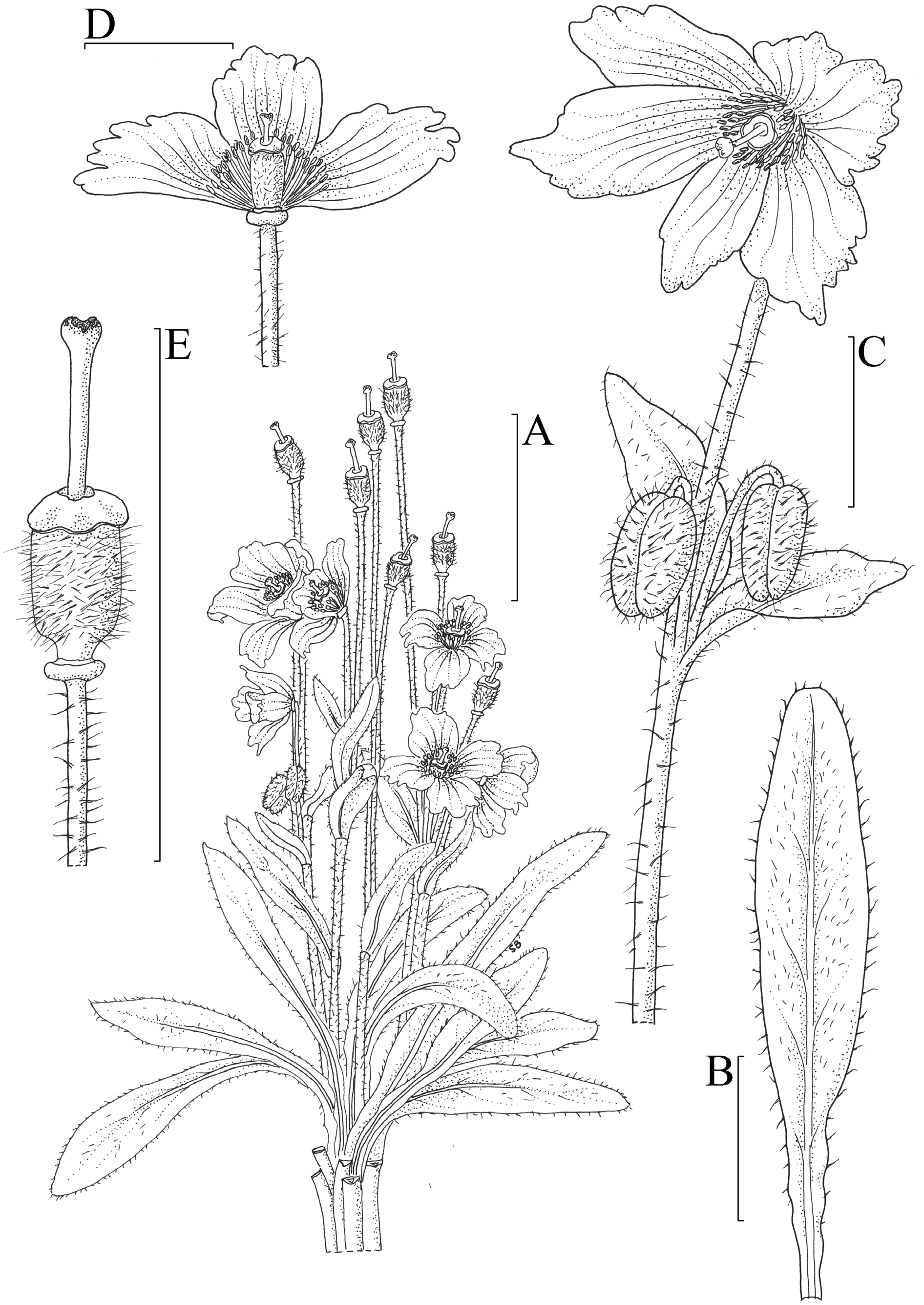 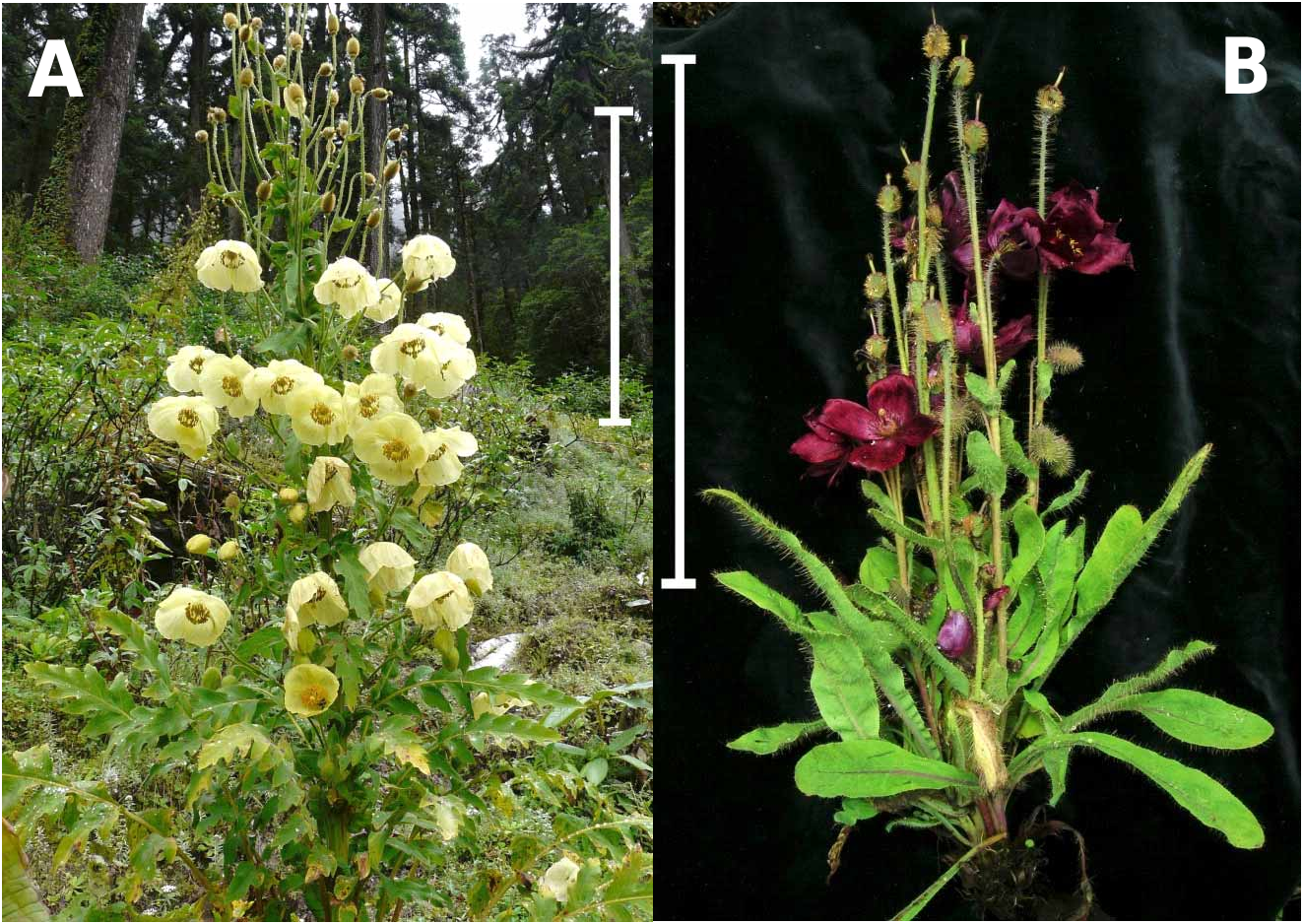