The new genus clearly differs from all other representatives of the tribe in the oval scent gland evaporative area with smoothly rounded anterior margin ( Fig. 31 View Figures 22–33 ), the large right paramere that is almost equal in length to the left paramere ( Fig. 66 View Figures 59–78 ), the shape and serration of the left paramere, the strongly sclerotized vestibulum, and the shape of the second valvula. Diplazicoris   is somewhat similar to Bryophilocapsus Yasunaga, 2000   in body proportions and coloration, but clearly differs from Bryophilocapsus   by the following features: scalloped margins of pronotal collar and scutellum; straight, not deflexed membrane; and by the other diagnostic characters mentioned above.

Coloration, surface, vestiture, and structure: As in male.

The new genus is named for host association with ferns belonging to the genus Diplazium   ( Aspleniaceae   ). The gender is masculine. 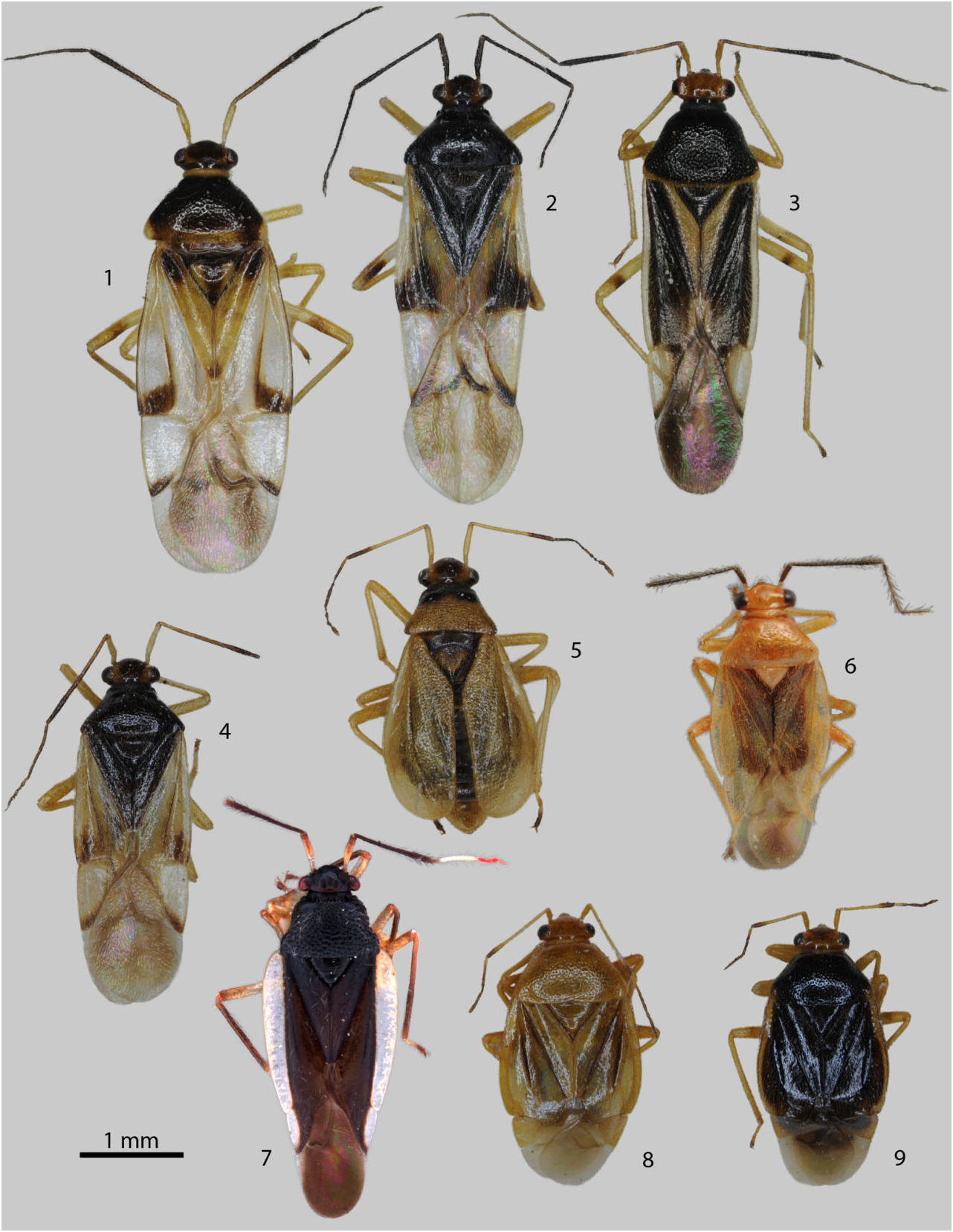 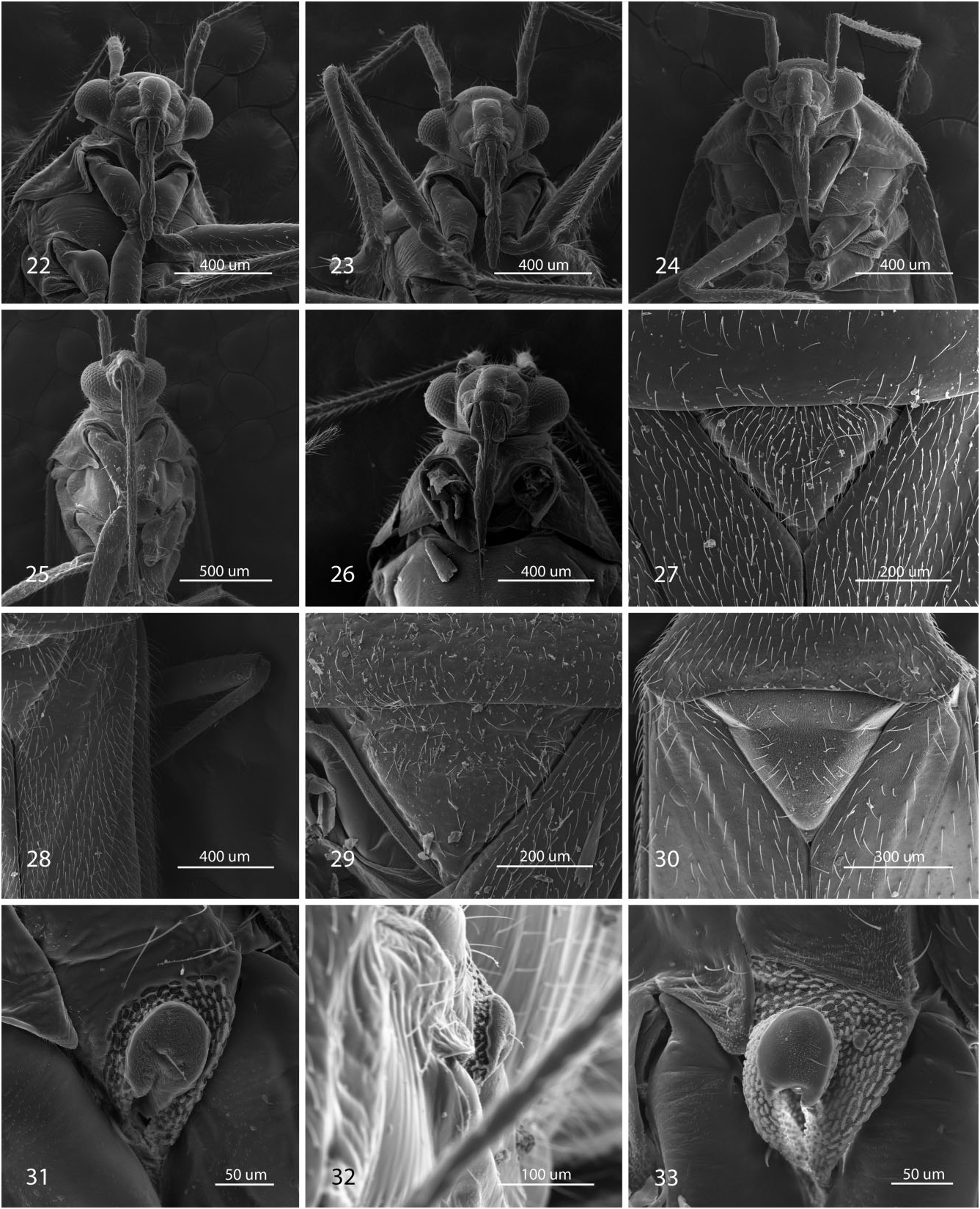 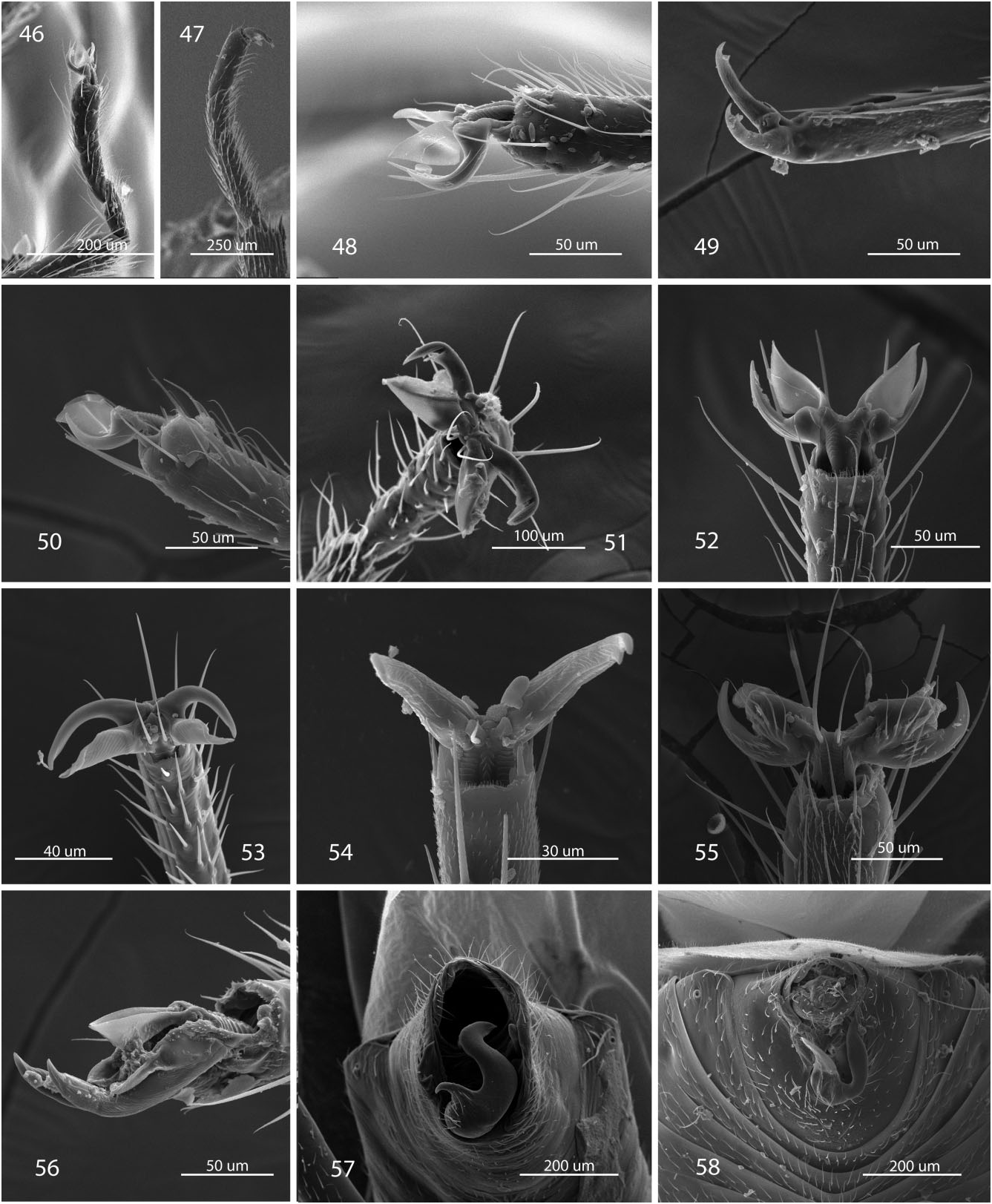 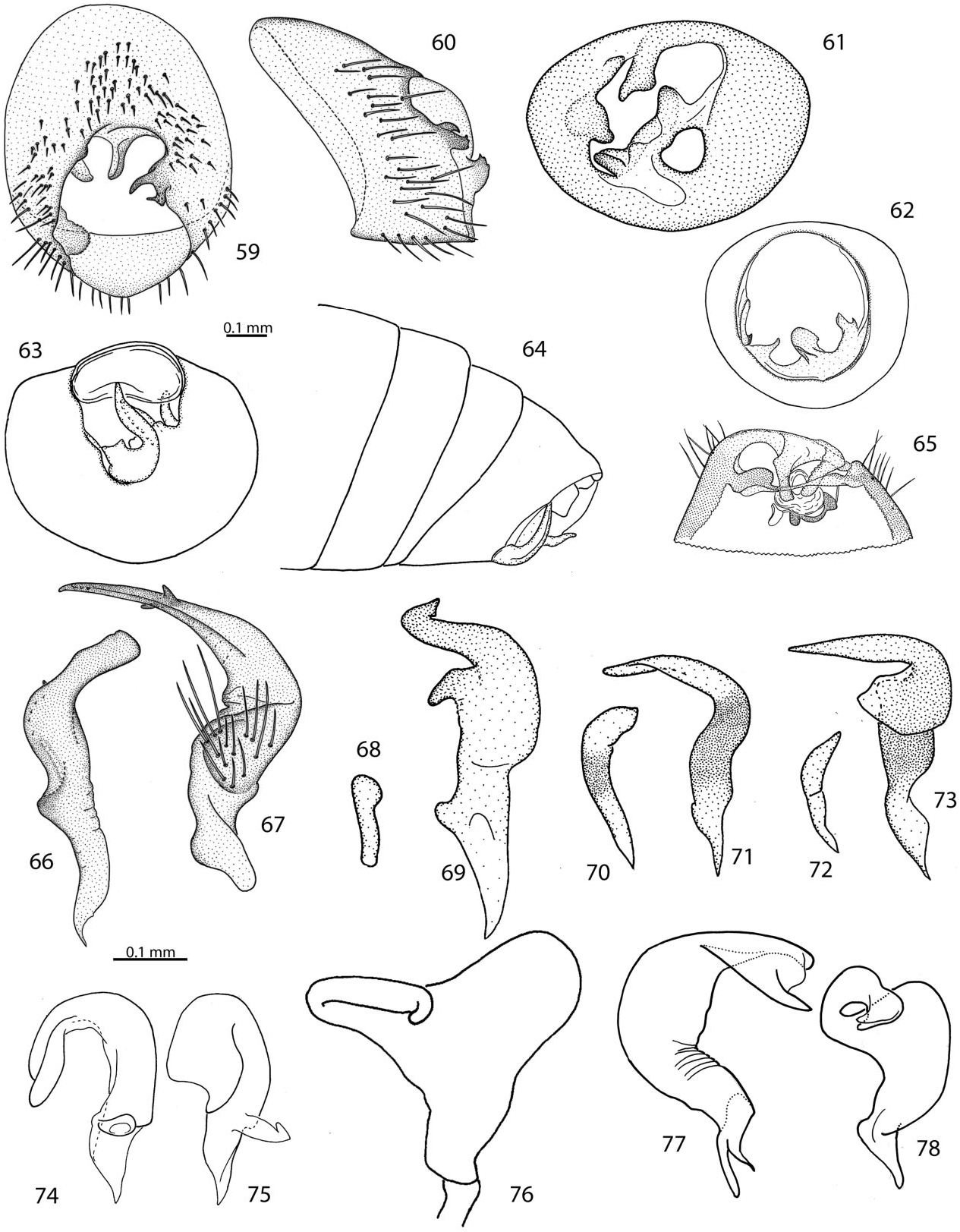 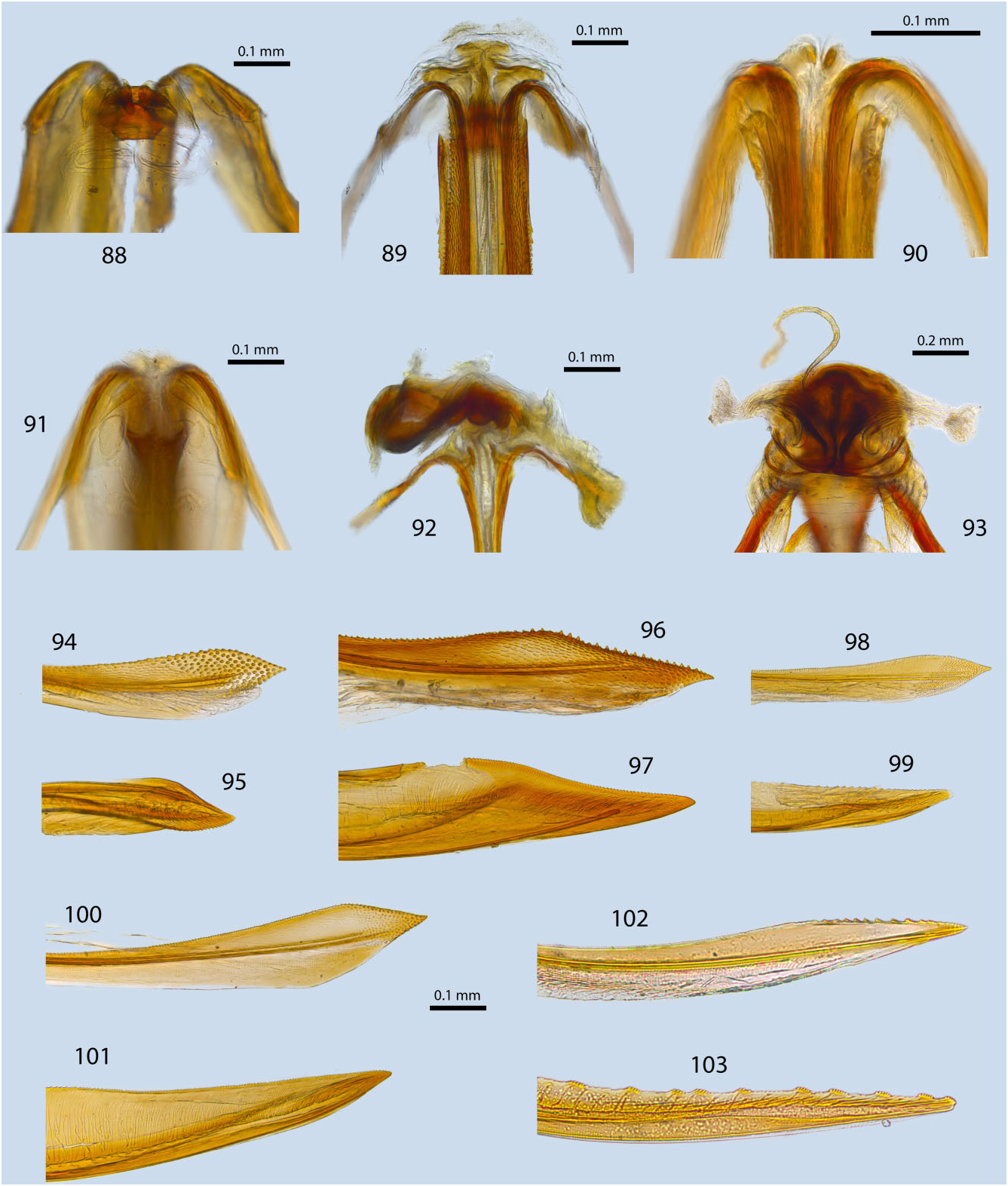