Differential diagnosis. Thieleella baxteri  from the northeastern Pacific has elevated lamellar axial sculpture. Anatoma janetae Geiger, 2006  , from deep water of the eastern Pacific has a protoconch with flocculent sculpture in spiral orientation, the spiral cord on TI does not form a marked angulation, and shows a marked change of sculpture from predominant axial elements to exclusively spiral elements after 1.25 TII whorls.

Thieleella peruviana  from deep water off Peru, on TI has only a week spiral cord not forming an angulation on the shell’s profile, and has more (42 vs. 15) and weaker axial cords on TI.

Remarks. The only specimen at hand is most likely not fully mature, because the final quarter whorl does not markedly descend along the coiling axis. The specimen is sufficiently distinct to warrant description as new, and material from that depth is unlikely to be collected in the foreseeable future. The specimen was preserved with the body in the shell, hence, was collected live in its natural deep-sea habitat.

The radula of the species shows a thus far unknown detail, namely the posterior projection on the apical portion of the shaft of the marginal teeth from marginal tooth 2 onwards. It is comparable to the food groove known from Tegula funebralis (A. Adams, 1855)  and Liotiidae  (see Morris & Hickman 1981, Hickman & McLean 1990). The occurrence of such a food groove in thus far a single species of Anatomidae  demonstrates further the by now fairly well-documented variability of the radula within Anatomidae  ( Geiger 2006 a, Geiger & Sasaki 2008, Sasaki et al. in press). 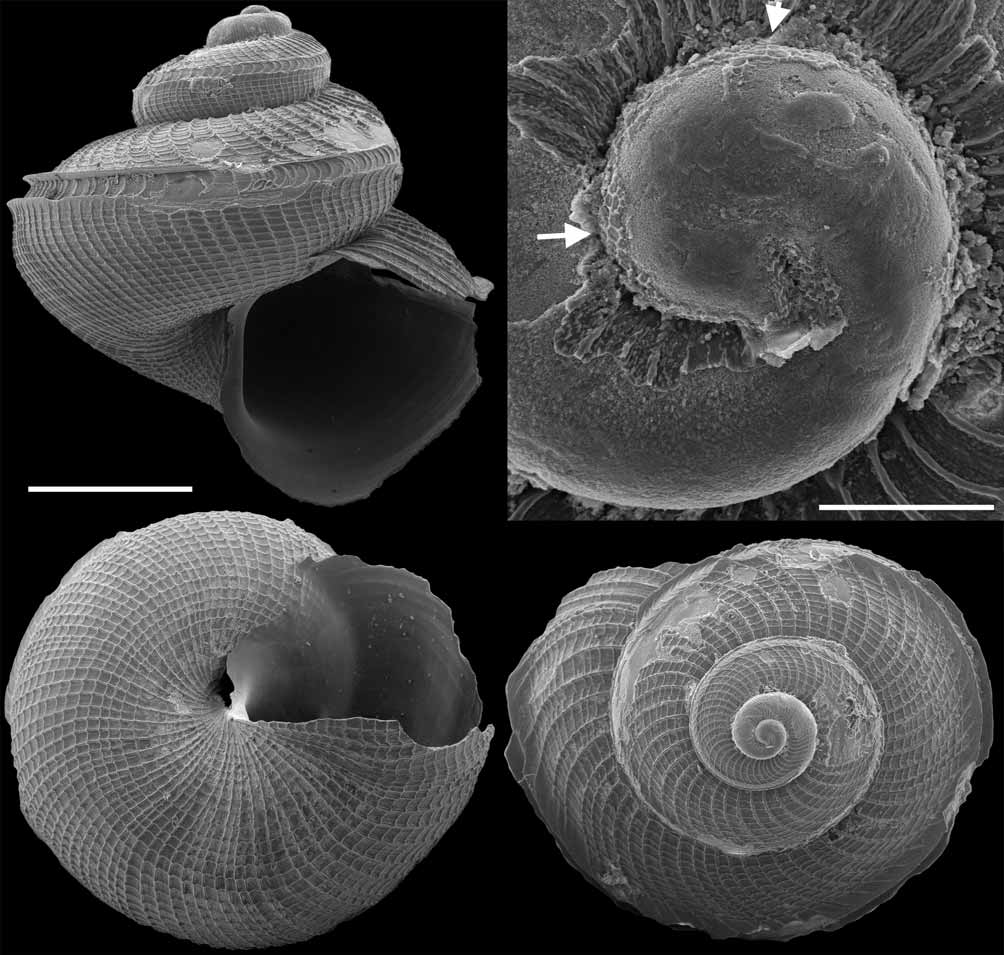 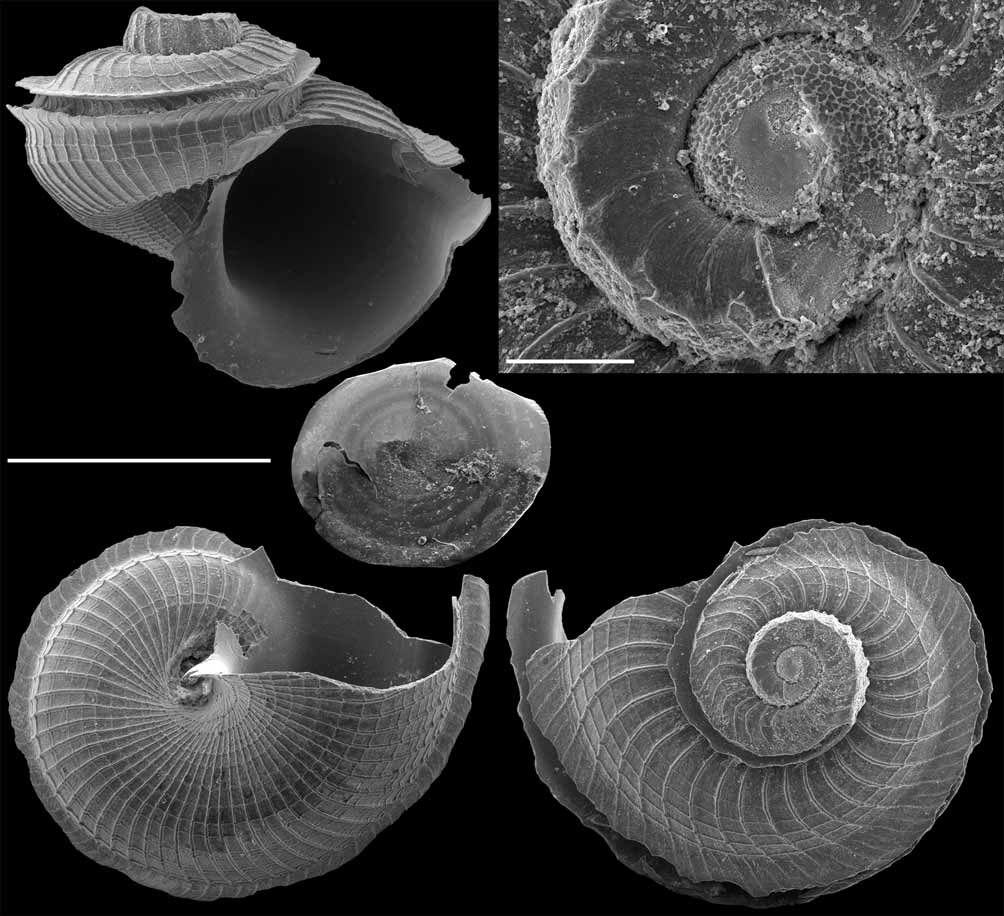 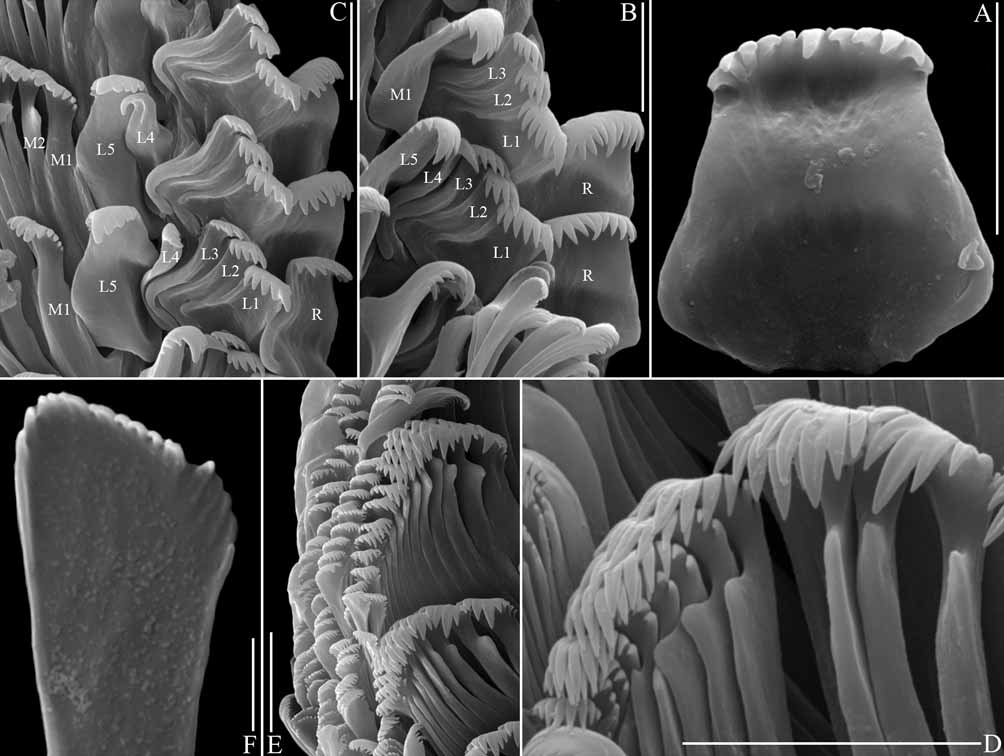