Etymology. Plicata, Latin for folded, -zona referring to the selenizone. Describing the diagnosing feature of the strongly upward folded selenizone.

Differential diagnosis. Anatoma aedonia Watson, 1886  , from the Caribbean has a similar overall shape and similar protoconch. However, TI is of 1 whorl and has a distinct spiral cord in the position of the selenizone, the sculpture on TII remains the same throughout growth, with distinct axial cords, and very fine spiral lines, and the axial sculpture on the base extends to the umbilicus. Differential diagnosis based on examination of types in BMNH and NMW by SEM. 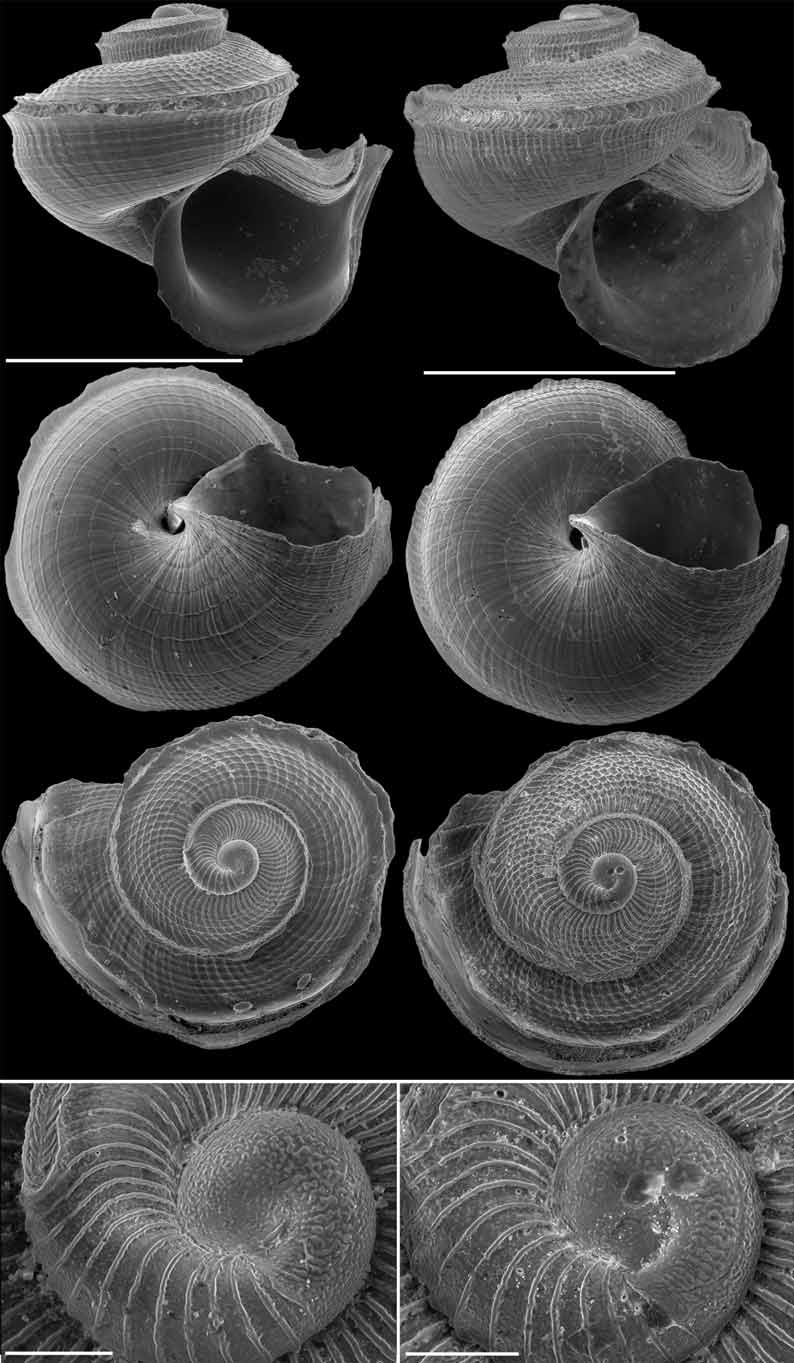