Antenna. Reaching backwards about 2/3 of elytra length. The antennal scape attaining pronotum, gradually and slightly enlarged apically, covered with distinct, irregularly spaced shallow punctures proximally, deeper on the distal end. Several spiny tubercles lie on the anterior and posterior half of the scape. The first and second antennomere elongated, reaching the back corner of the pronotum. Pronotum. Overall rectangular, with anterior and posterior border basically flat. Surface coarsely, deeply punctate, covered with some short golden pubescence. Thick golden bristles are present on the front margin to the junction with the head. As wide at the base as the elytra, dentate along the lateral margin with small, not-sharpened spinules. Two thin, scarcely visible and parallel linear tubercles lie on the half anterior.

Prosternal apophysis. Strong and broad on the base with smooth apex and golden setae on the external edges. Surface reticulate.

Elytron. Surface coarsely, deeply punctate, covered with dense and short golden pubescence, with flanged lateral margin. Width at mid-length: 33.04 mm. Four slightly raised costae from base to near apex, with few intercostal bridges on the distal side. Tips of elytra rounded, with a small ridge at the apex of each elytral suture.

Etymology. This subspecies is named for the beloved child of both authors, who lives with us. 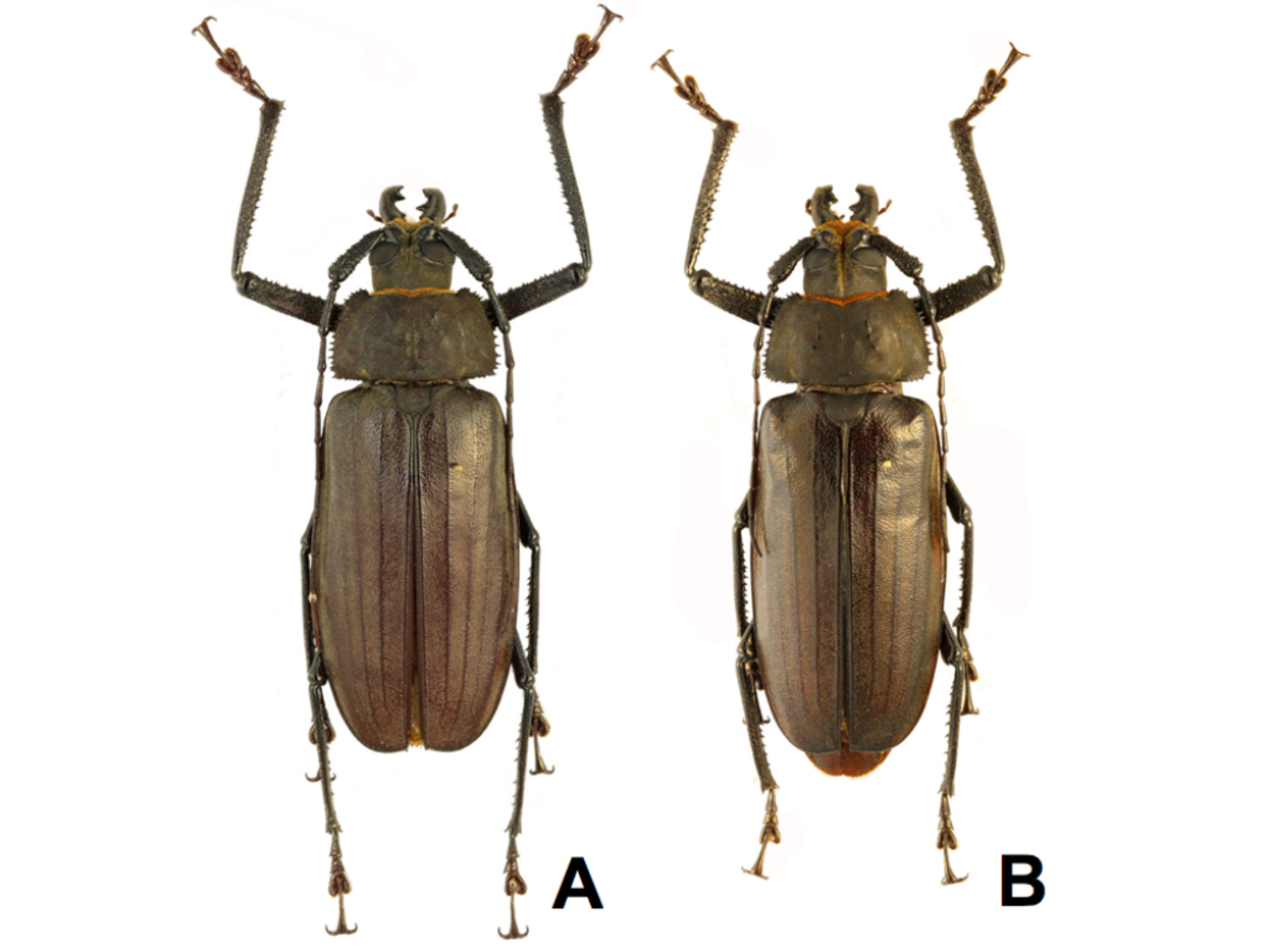 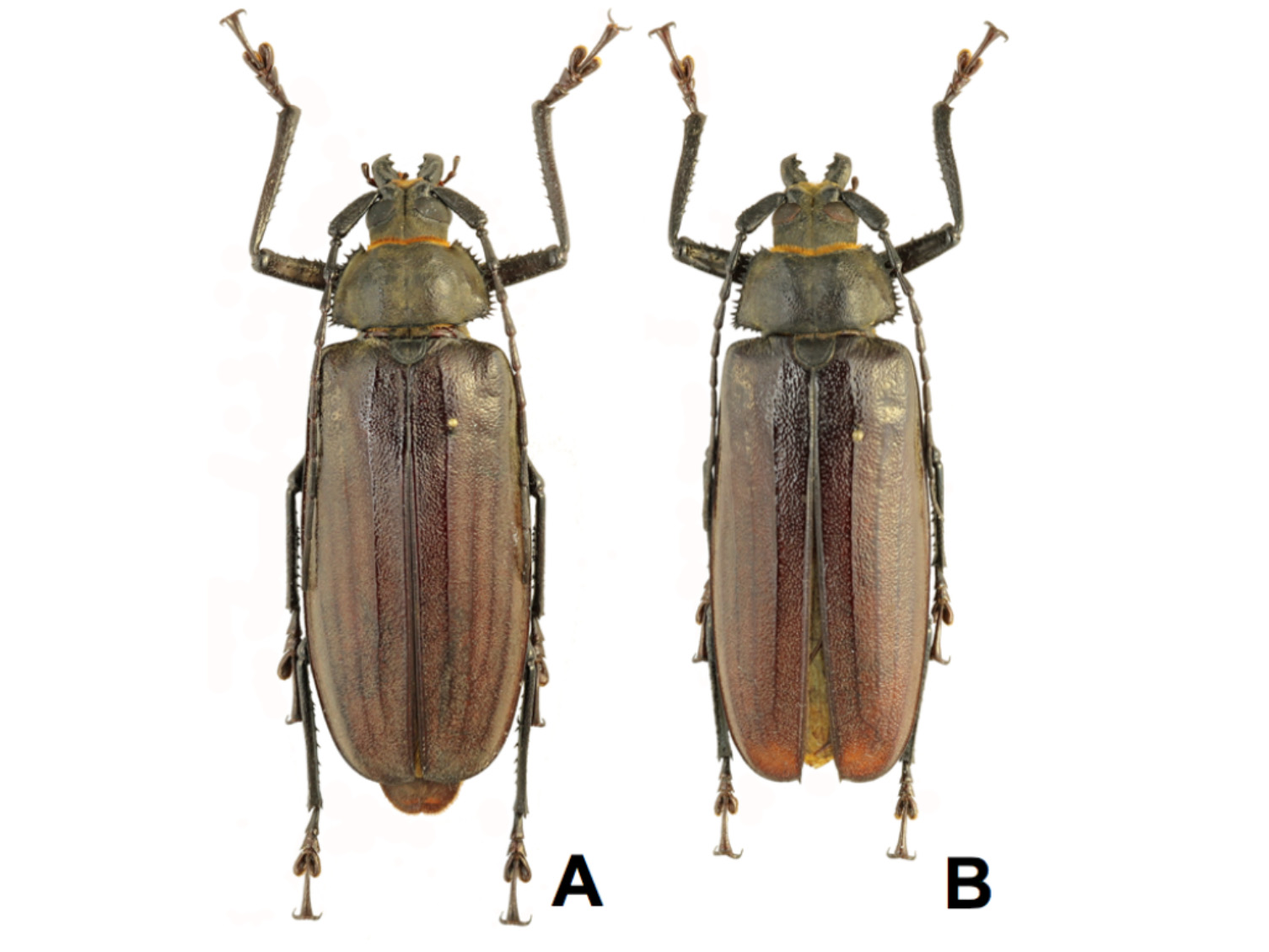