Diagnosis. Diagnostic characters for this species include the lighter basal forewing area (darker in F. fansipana Razowski   ) and the male valva lacking the bulge midway on the valva, as well as dense lateral valval spines nearly twice as numerous along the mesal valval margin as in F. fansipana   .

Biology. Nothing is known of the life history and biology of the species.

Distribution. Known only from northern Vietnam.

Nedoshivina (2013) reported two new records of F. fansipana   from Dong Nai Province, a lowland site (121–132 m) about 1300 km south of Sapa near Hochimin (= Saigon) in southern Vietnam; however, we did not examine these specimens. Presumably, they conform in genitalia and adult characters to the Sapa population of F. fansipana   as identified by Nedoshivina (2013). Unfortunately, all specimens of Fansipaniana   known thus far are males, so females cannot be compared. 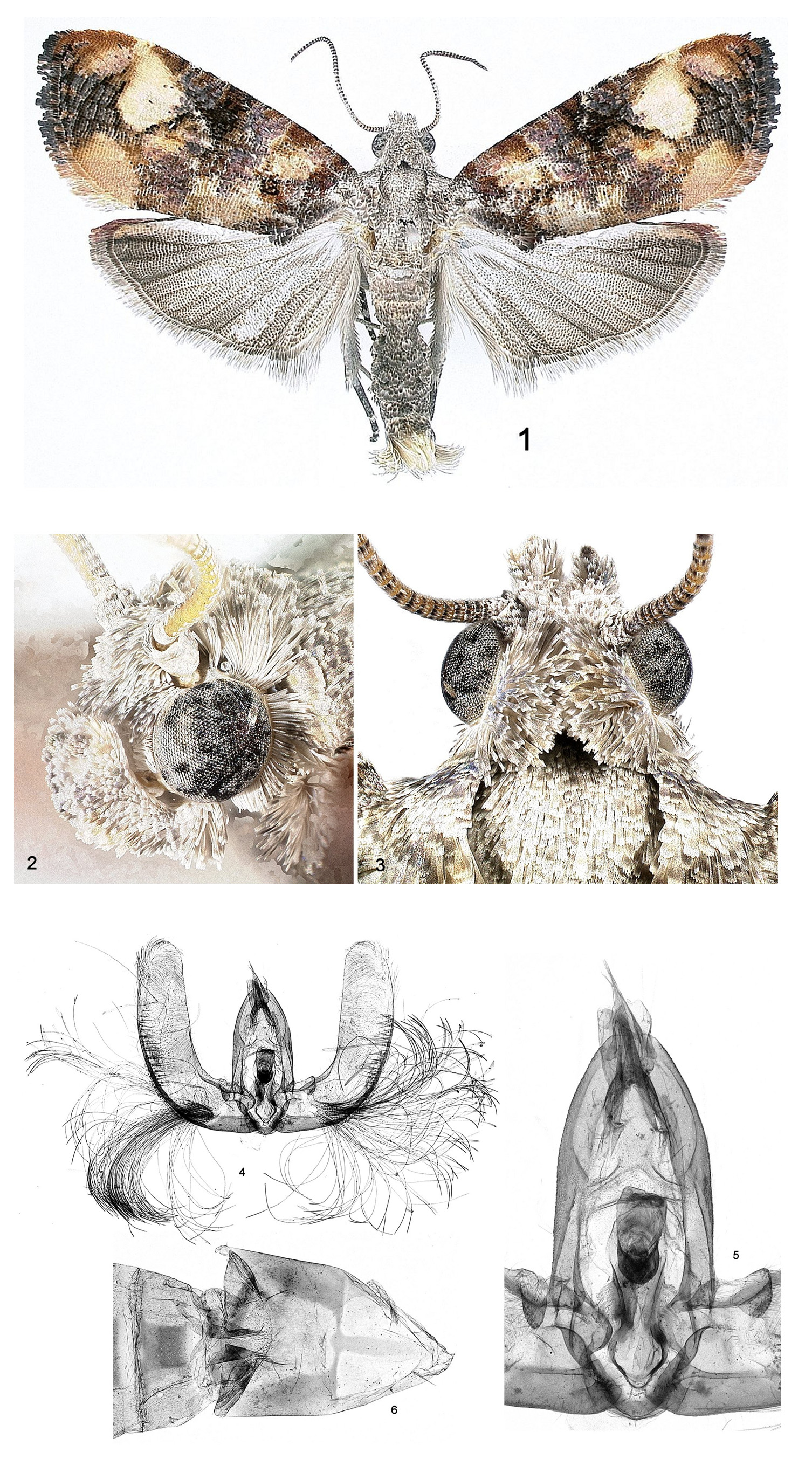