Etymology. The specific name, caboverdensis , refers to the locality from which this new species was obtained: Cape Verde Archipelago.

Description. Hydrorhiza tubular, adhering to substrate, giving rise to several monosiphonic, unbranched hydrocauli, divided into internodes by straight nodes, distinctly visible along the entire stem, especially in distal part. Each internode provided with two opposite apophyses in basal part of stem and a verticil of four apophyses in distal part, with decussate disposition; moreover, each axial internode carries several nematothecae distributed under the apophyses. Length of apophyses varies, short basally and long distally; each apophysis with two axillar nematothecae, a mamelon on its upper surface and an unpaired distal nematotheca. Long apophyses may have, after the mamelon, a pair of proximal nematothecae and up to three unpaired distal nematothecae.

Remarks. Review of the type material of N. belini and study of the samples identified as N. belini by Ansín Agís (1998) and Ansín Agís et al. (2001) led us to the conclusion that they are different species.Although this species was not collected in our surveys, for comparative purposes, we have also included a description of this material.

Comparison of these colonies with the type material of N. belini showed a fair similarity in morphological traits, both with respect to trophosome and gonosome. Moreover, this material also shows wide variations related to the length of apophyses, segmentation of the stem and hydrocladia, and number of nematothecae per hydrocladial internode. This variability is consistent with that described by Bedot (1916) for N. belini .

Material from CANCAP stn 5010, collected in the Azores area and reported by Ansín Agís (1998) and Ansín Agís et al. (2001) within N. belini , must be reviewed before its definitive identification. Some features of this colony, such as the hydrothecal aperture tilted in abcauline direction and the length of its nematothecae clearly smaller, suggest that could be a different species.

Differences with N. freiwaldi n. sp. are discussed below. 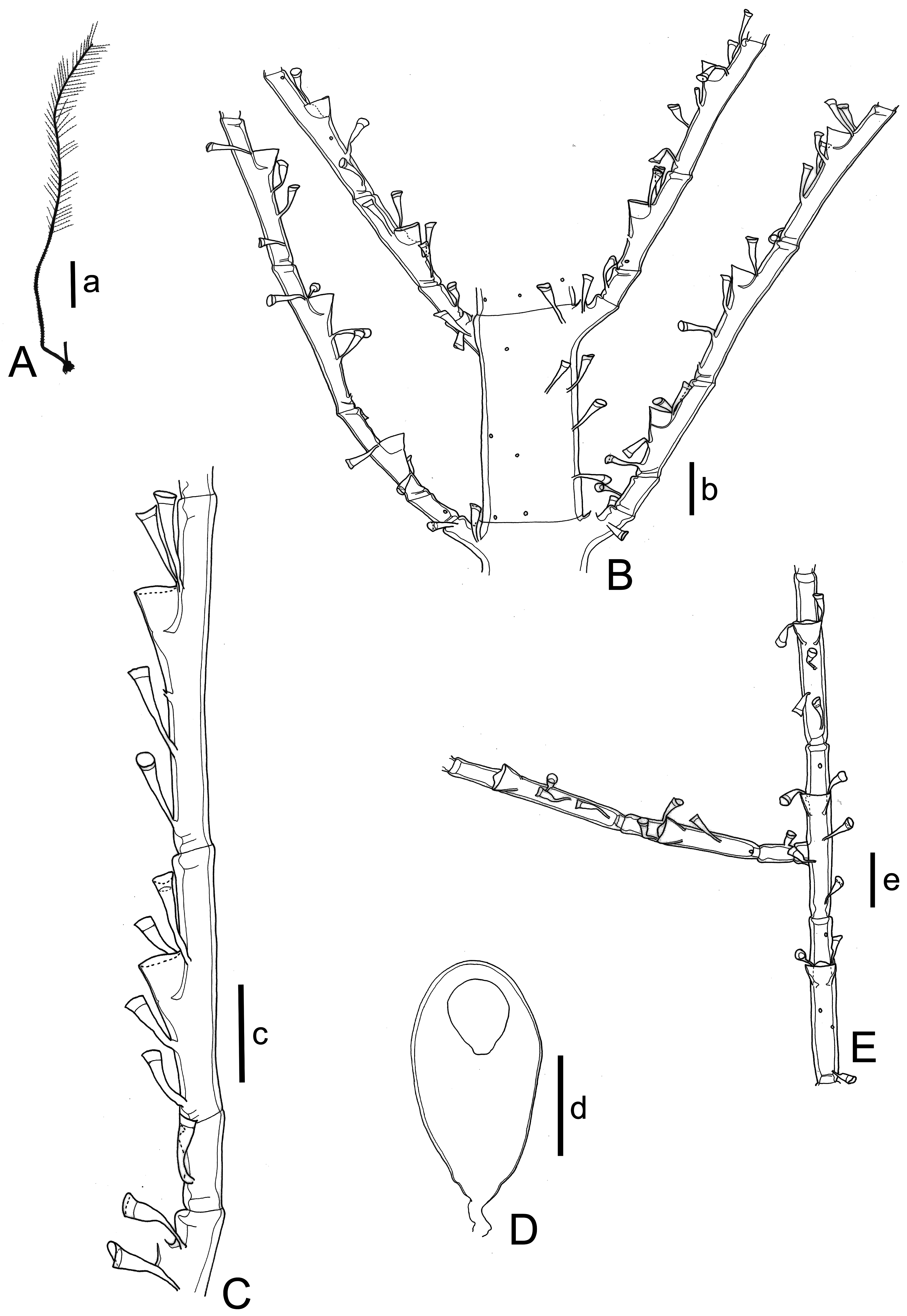