Etymology. The name is derived and Latinized from Greek words a, without, and chaite, long hair, referring to the lack of strong setae laterally on tergite I.

Discussion. In Sphegina achaeta  the transverse postero-lateral row of 4–5 setae on abdominal tergite I differs from other species having this structure by having the setae weak, not much deviating from the other vestiture and in that the row is almost transverse, scarcely oblique. In its general appearance S. achaeta  resembles S. adusta  , S. atricolor  and S. furva  but is not especially similar to any of them and is easily distinguished by the characters given in the key. The male genitalia recall S. pollex  and S. culex  , especially in the superior lobe which posteriorly is widened both dorsally and ventrally. S. achaeta  differs by having the posterodorsal corner acute. The surstylus of S. achaeta  differs from both by having it much broader, from S. pollex  also by lacking a subbasal dorsal thumb-like lobe. S. achaeta  is similar to S. japonica Shiraki & Edashige, 1953  by the chaetotaxy of tergite I but differs by normal metatibia (in S. japonica  apically strongly carinate), asymmetrical sternite IV (in S. japonica  symmetrical), and the normal-sized apically rounded cerci (in S. japonica  very large and triangular). 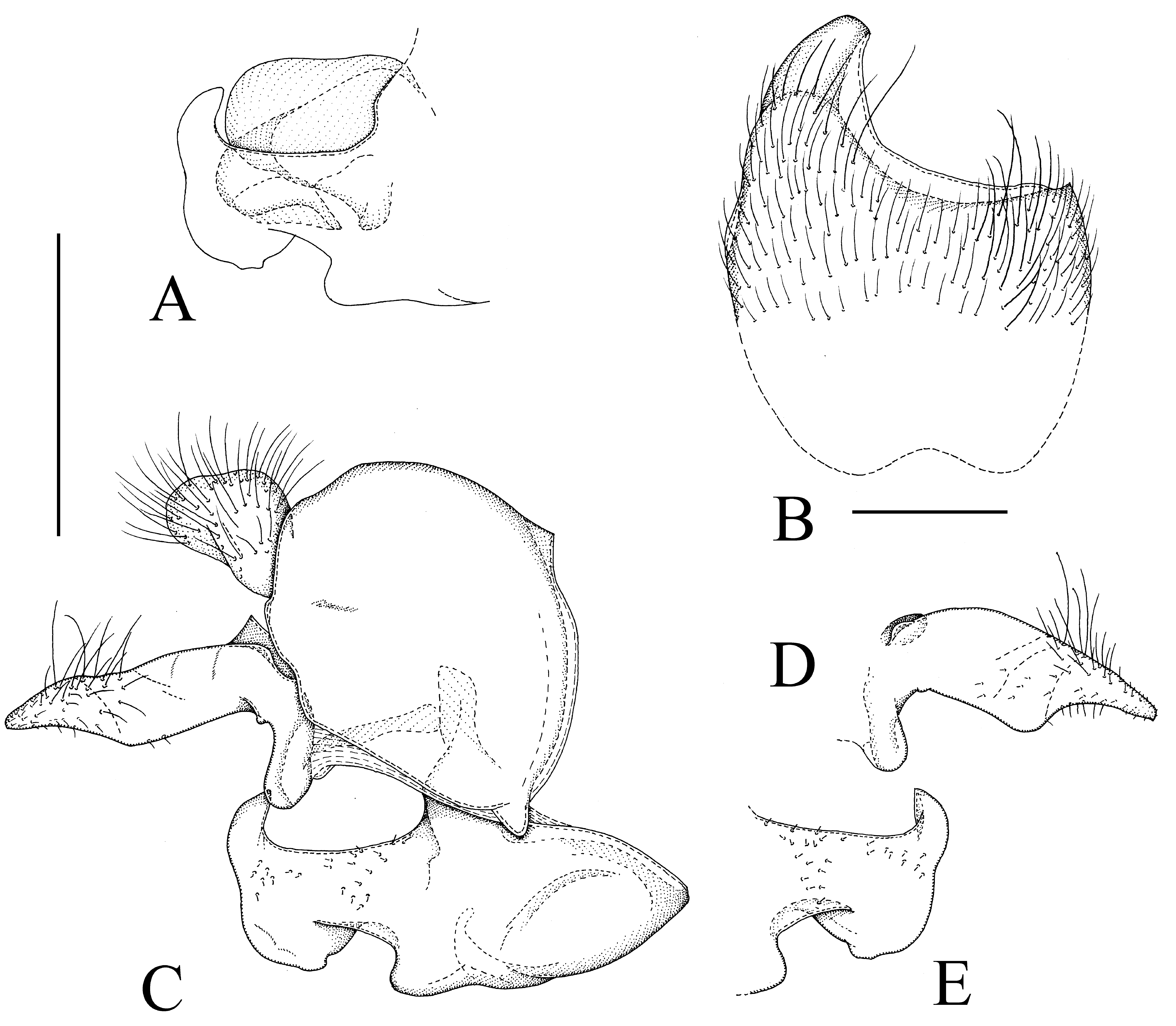