Diagnosis. The short broad valvae and the long, slender secondary process of the phallus of Anacochylidia ( Fig. 19View FIGURES 19–26) are most similar to those of Cochylidia Obraztsov, 1956  , but other features of the male genitalia deviate from those of all known Cochylidia  . In Anacochylidia the top of the tegumen is broad with a shallow, rounded concavity; the costa of the valva is short, unmodified, and upcurved, without a basal process; and the phallus has an elongate secondary process ca. 0.5 times as long as the phallus itself. In contrast, the male genitalia of Cochylidia  are characterized by a dorsally attenuate tegumen, often with a narrowly bifurcate process at the top; the base of the costa of the valva has a long, erect, somewhat digitate, setose process; and the phallus has a short, curved digitate process apically. The latter is probably homologous with the extraordinarily long process of the phallus of Anacochylidia.

Etymology. The name comes from the similar genus Cochylidia  and the Greek “ana” (= against) and is feminine in gender. 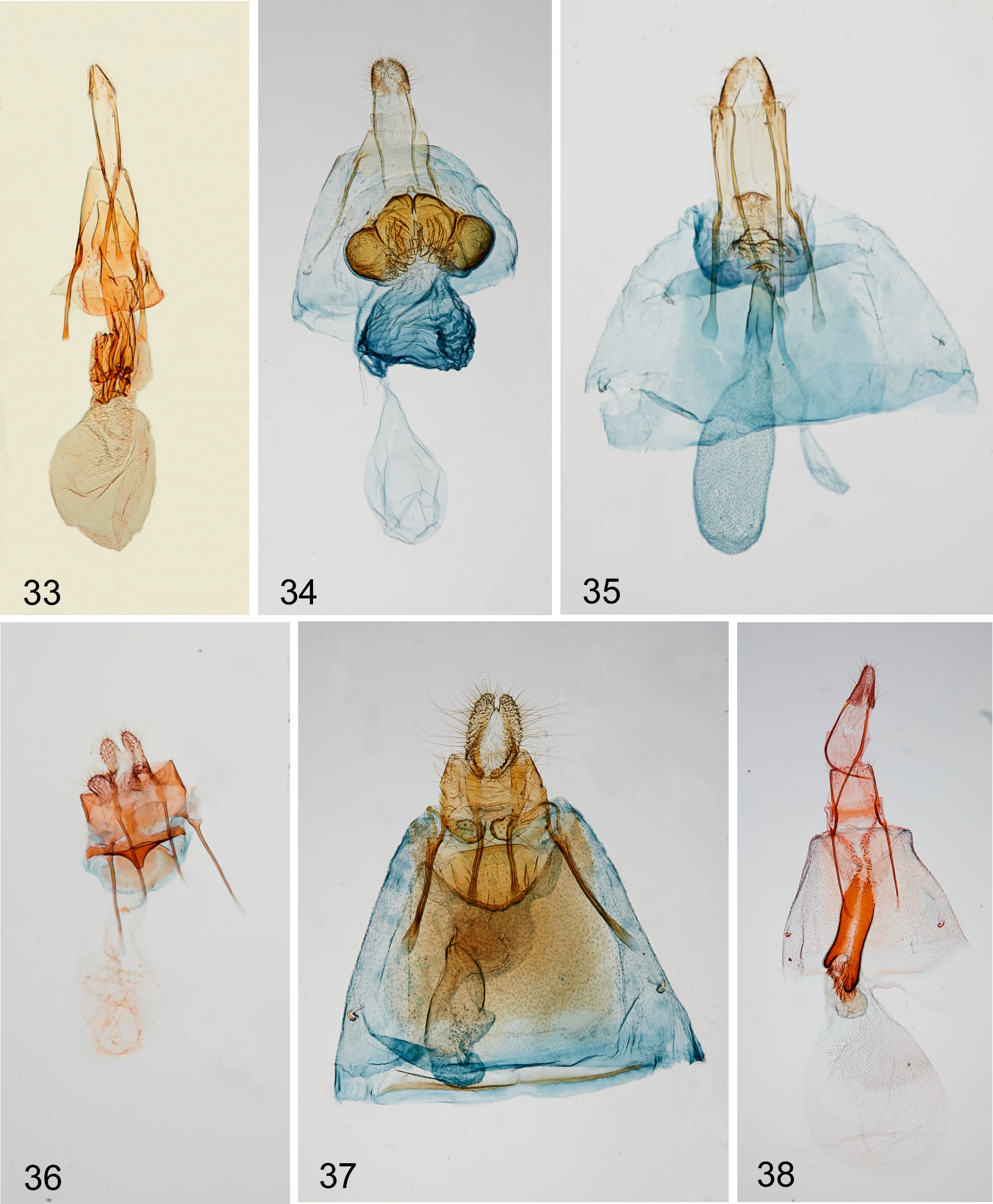