Described in Phalonia  and treated as such by McDunnough (1939), wiscana  was transferred to “incertae sedis” by Powell (1983). Pogue (1986) proposed the name Poterioparvus in his unpublished dissertation for Phalonia wiscana  , and Pogue and Mickevitch (1990) used Poterioparvus in their phylogenetic analysis of the genera of North American Cochylidae  . Brown (2005) treated it as “ Cochylini  New Genus 6 [ wiscana  group].” According to Pogue (1986), Poteriorparvus is the sister group to Thyraylia  . Based on the distinctive shape of the valva with a long, free spine near the middle, which is the most convincing synapomorphy for Thyraylia  , wiscana  is transferred to Thyraylia  .

Thyraylia wiscana  is easily distinguished from other species of Thyraylia  by its larger size and forewing pattern ( Fig. 17, 18View FIGURES 11–18). Forewing length averages about 9.0 mm, and the pattern includes a pale whitish gray ground color with a pinkish hue and a poorly-defined, beige to rust median fascia that extends uninterrupted from the hind margin to the costa. The only species of Cochylina of similar size in the eastern half of the U.S. are small individuals of Phtheochroa  , most of which are dark brown. The male genitalia ( Fig. 32View FIGURES 27–32) are most easily distinguished by the somewhat trifurcate apex of the socii.

Distribution and biology. Aside from the holotype from Wisconsin (AMNH), I examined nine specimens from Kentucky (USNM), most of which were collected by malaise trap, and one from Pennsylvania (MSC). Hence, it is possible that this species is diurnal and not avidly attracted to light. Razowski (1997) reported this species from Saskatchewan (n = 2); however, the illustrations of the male genitalia that he provided ( Razowski 1997: figs 100–101) belong to a species of Cochylichroa. The Kentucky specimens are all from April, the specimen from Pennsylvania is from late May‒early June, suggesting a rather early flight period. 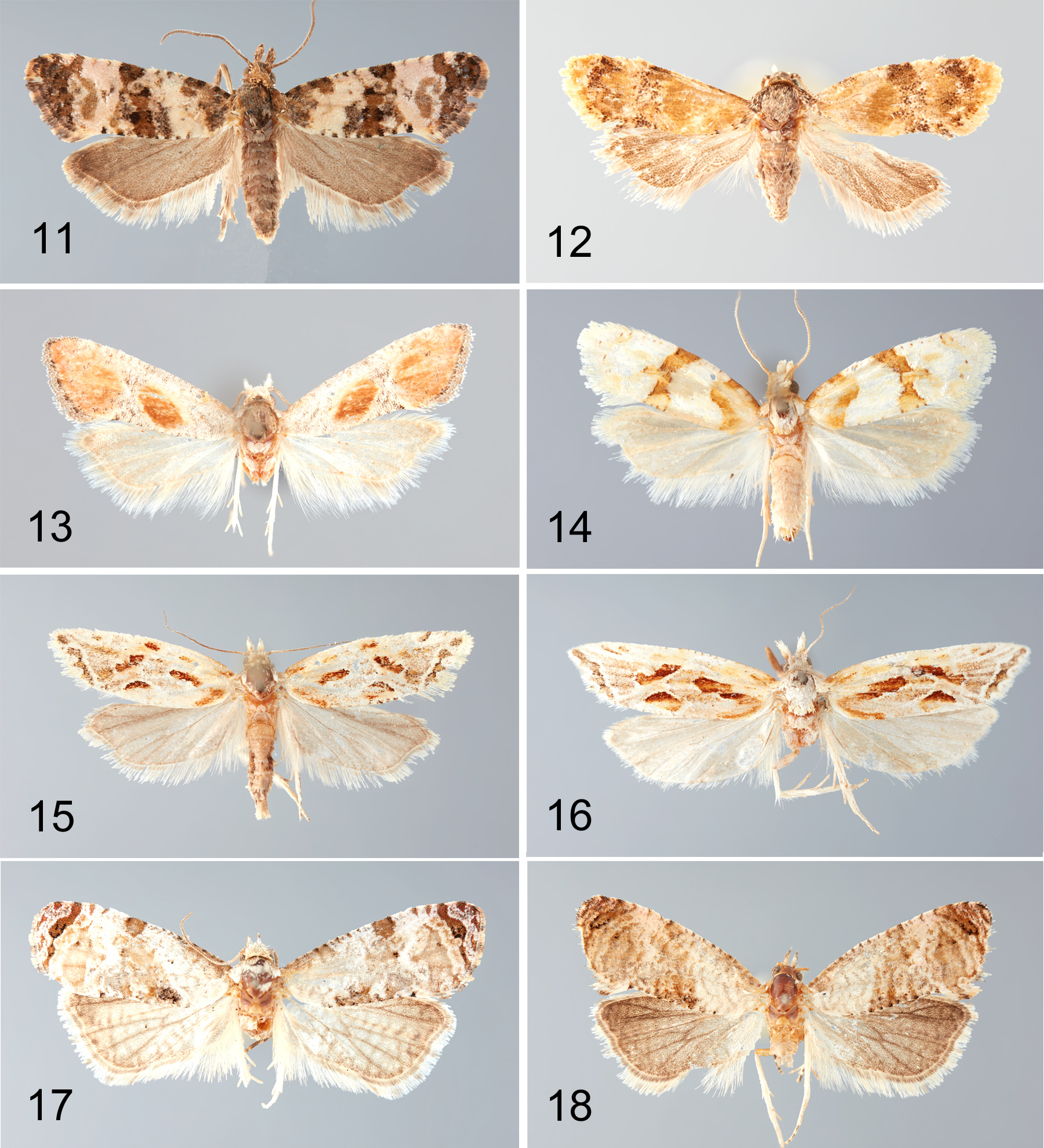