Polylepis Ruiz & Pav.  is the only genus with arborescent species that occurs naturally at high elevations of the Andes ( Harling 1979; Kessler 2002; Andean Páramo 2016); some species of Polylepis  even occur at an altitude of 4850 m ( Braun 1997). After the glacial period the highlands of the Andes were open to colonization by Polylepis  trees, and Polylepis woodlands  constituted the natural vegetation in much of the High Andes ( Clapperton 1983; Hooghiemstra & Cleef 1995; Fjeldså & Kessler 1996; Ridbäck 2008). It is interesting to note that this Andean endemic host-plant is phylogenetically related to Acaena  ( Rosaceae  : tribe Sanguisorbeceae, section Elongatae) ( Simpson 1986), mainly known from New Zealand, Australia and South Africa.

Until recently, no leaf-mining Nepticulidae  associated with Polylepis  as a host-plant had been discovered. Only during the last ten years the first records were obtained, in material collected during the Polylepis Expedition (1987)  , and by later collecting in Peru (2008) and Ecuador (2001, 2005, and 2007). The results have only recently been published ( Stonis et al. 2016c). Several discoveries new to science of Polylepis- feeding Nepticulidae  species were made in Ecuador ( Figs 264, 265View FIGURES 259 – 265) and Peru ( Figs 259–263View FIGURES 259 – 265). From the Andes of Peru, a new species Stigmella polylepiella Diškus & Stonis  was described ( Stonis et al. 2016c); larvae of this morphologically interesting species are leaf-miners in leaves of Polylepis racemosa Ruiz & Pav.  and they spin a unique shaped cocoon inside the leafmine ( Figs 259, 260View FIGURES 259 – 265). The species was documented as highly abundant in the type locality northwest of Cuzco, with recorded mass mining, literally infesting the host-plant. 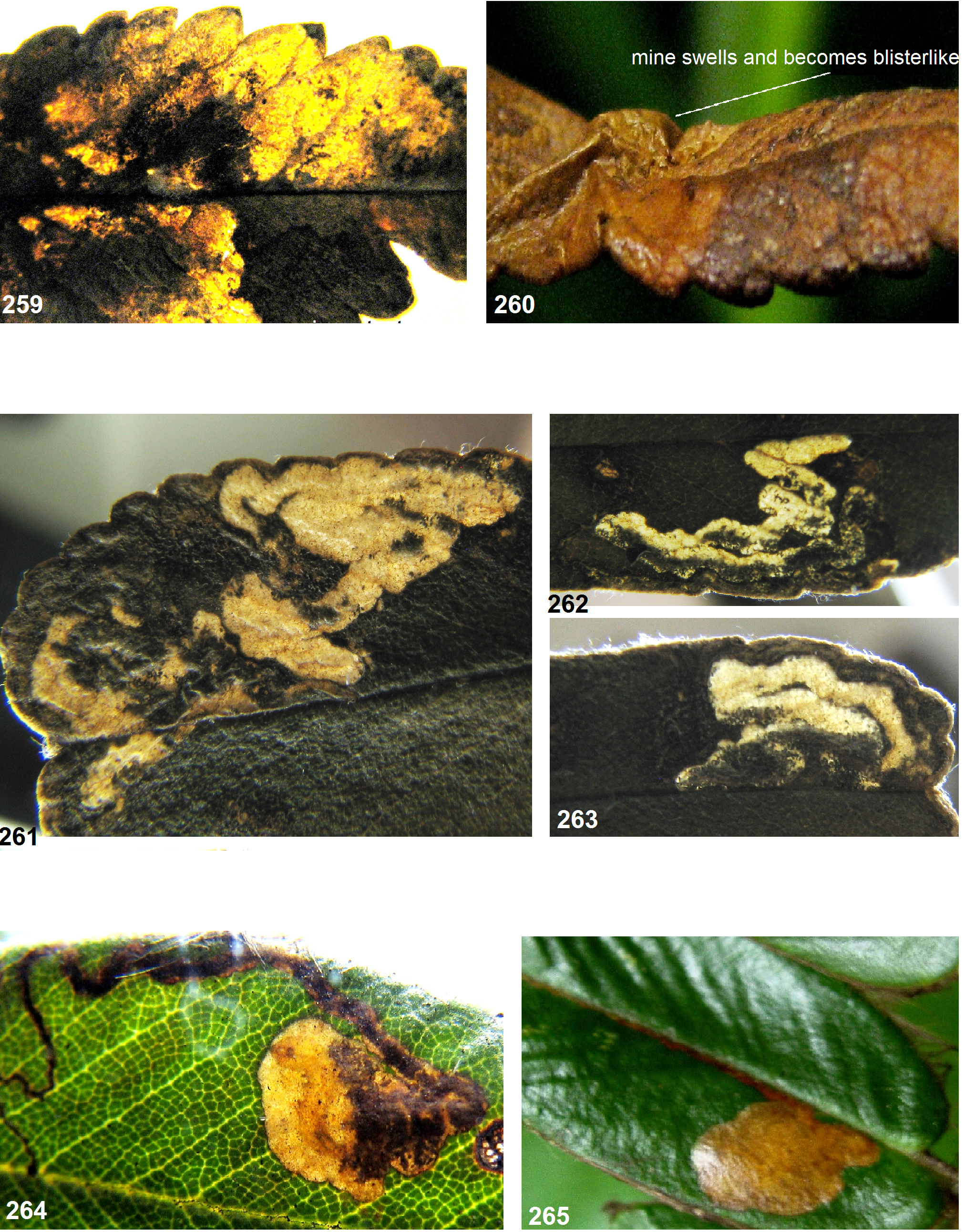